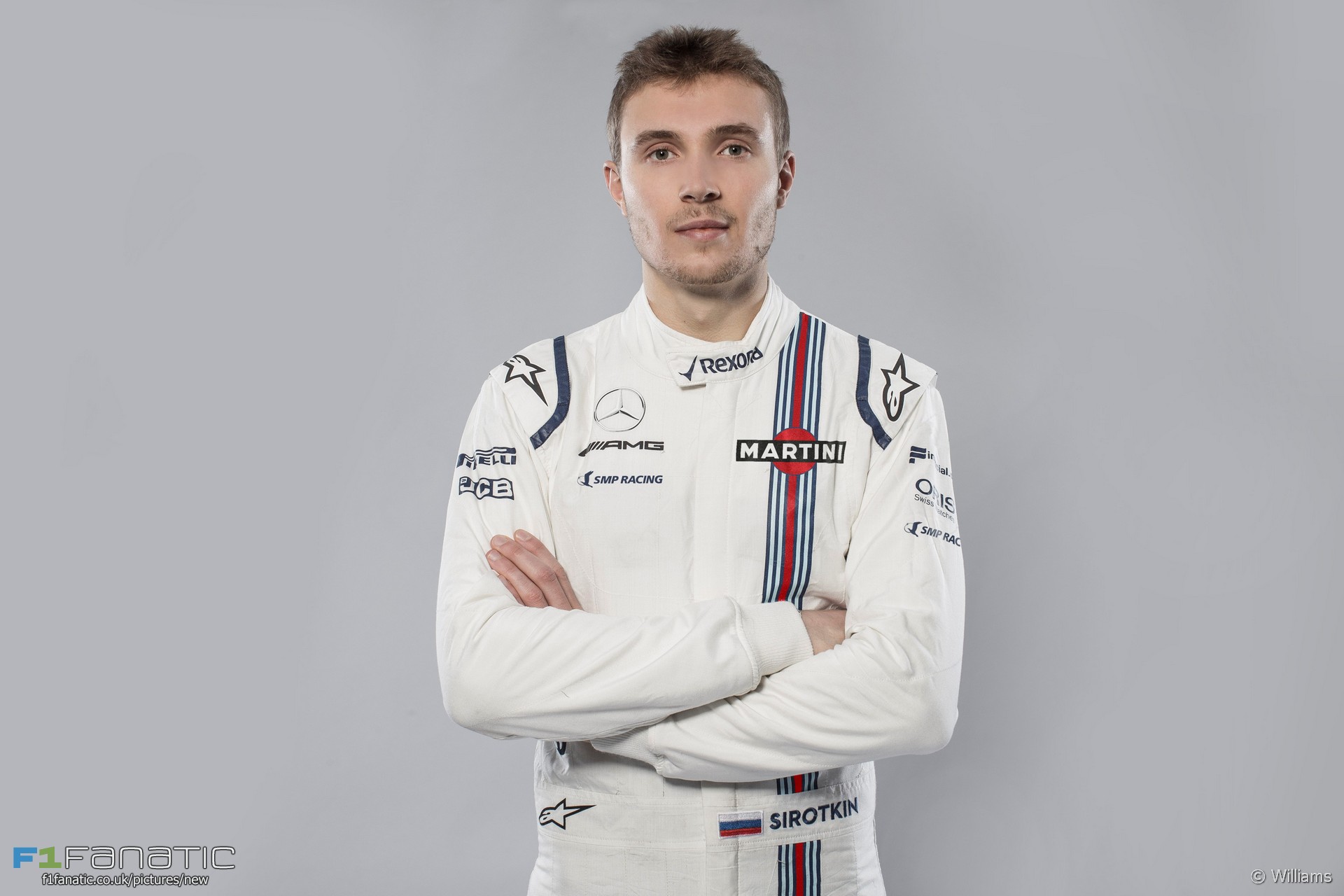 Sergey Sirotkin attracted widespread attention in 2013 when Sauber named the 17-year-old as a potential race driver for the following year. That deal never came off, and it took until 2018 for the Russian driver to secure a place on the F1 grid with another team: Williams.

Having begun karting at the age of seven, Sirotkin began winning titles within four years. In 2010, by which time he was 15, Sirotkin had moved into single-seaters, competing in the Formula Abarth European series. The following year Sirotkin scored five wins and clinched the title.

That prompted an ambitious move to race Auto GP’s considerably more powerful cars in 2012. Sirotkin adapted quickly, qualifying on the front row for his first race and winning third time out in Valencia. Consistent podium finishes through the rest of the season saw the rookie end the year a credible third overall. He also raced in the Italian Formula Three class, ending the year fifth, despite occasionally racing both cars in a single weekend.

In 2013 Sirotkin concentrated his efforts on Formula Renault 3.5. This was another step up in car performance and offered a much higher standard of competition: his rivals included Kevin Magnussen, Stoffel Vandoorne and Antonio Felix da Costa. The highlight of his season was second at a very wet Motorland Aragon, and he ended the year ninth in the standings, second-highest rookie after Vandoorne.

He also had his first run in an F1 car that September. The following year he became the team’s official development driver and made his practice session debut at Sochi during the Russian Grand Prix weekend.

Sirotkin also took his first Formula Renault 3.5 win on home ground at the Moscow Raceway, but it was his sole victory of the year as Carlos Sainz Jnr romped to the title. Future F1 drivers Pierre Gasly and Roberto Merhi, plus Oliver Rowland, ended the season ahead of Sirotkin in the standings.

Deciding against a third season in the category, Sirotkin switched to GP2 for 2015. In a season dominated by Vandoorne, Sirotkin carved out a single win by pipping his rival to pole position at Silverstone and leading most of the way. He ended the year third in the standings but Vandoorne scored over twice as many points.

A move from Rapax into the ART seat vacated by Vandoorne brought expectations of a championship bid for 2016. However new entrant Prema shook up the competitive order, its drivers winning seven of the 10 feature races which offered the biggest points rewards.

Sirotkin’s season began poorly. A spin at the Circuit de Catalunya meant he left the first round point-less. In Monaco he took pole but crashed again in the race. Sirotkin raised his game next time out, finishing second in Baku, then taking wins in Hungary and Germany. With eight races to go he led the points standings with Gasly.

But his championship fell apart at the next two rounds. At Spa he qualified poorly, then was penalised for colliding with Artem Markelov. Technical trouble spoiled his weekend at Monza, though he struggled for pace to begin with. Having scored just two points in four races, his title hopes were effectively over, and he ended the year joint third in the standings behind the Prema drivers.

Having joined Renault in 2016 as a reserve driver and made two practice sessions appearances for them, Sirotkin had more time to devote to them in 2017 as he did not contest a full championship. He did campaign an SMP Racing-run Dallara at the Le Mans 24 Hours, finishing 16th in class, and made a one-off ‘return’ to Formula Two (renamed from GP2) as a substitute.

Renault’s decision to replace Jolyon Palmer with Sainz towards the end of 2017 ended Sirotkin’s hopes of racing for them. But his SMP backing made him an attractive option for Williams, which was looking for a new partner for Lance Stroll. After being tested alongside Robert Kubica at the end of 2017, Sirotkin was appointed as race driver for 2018.