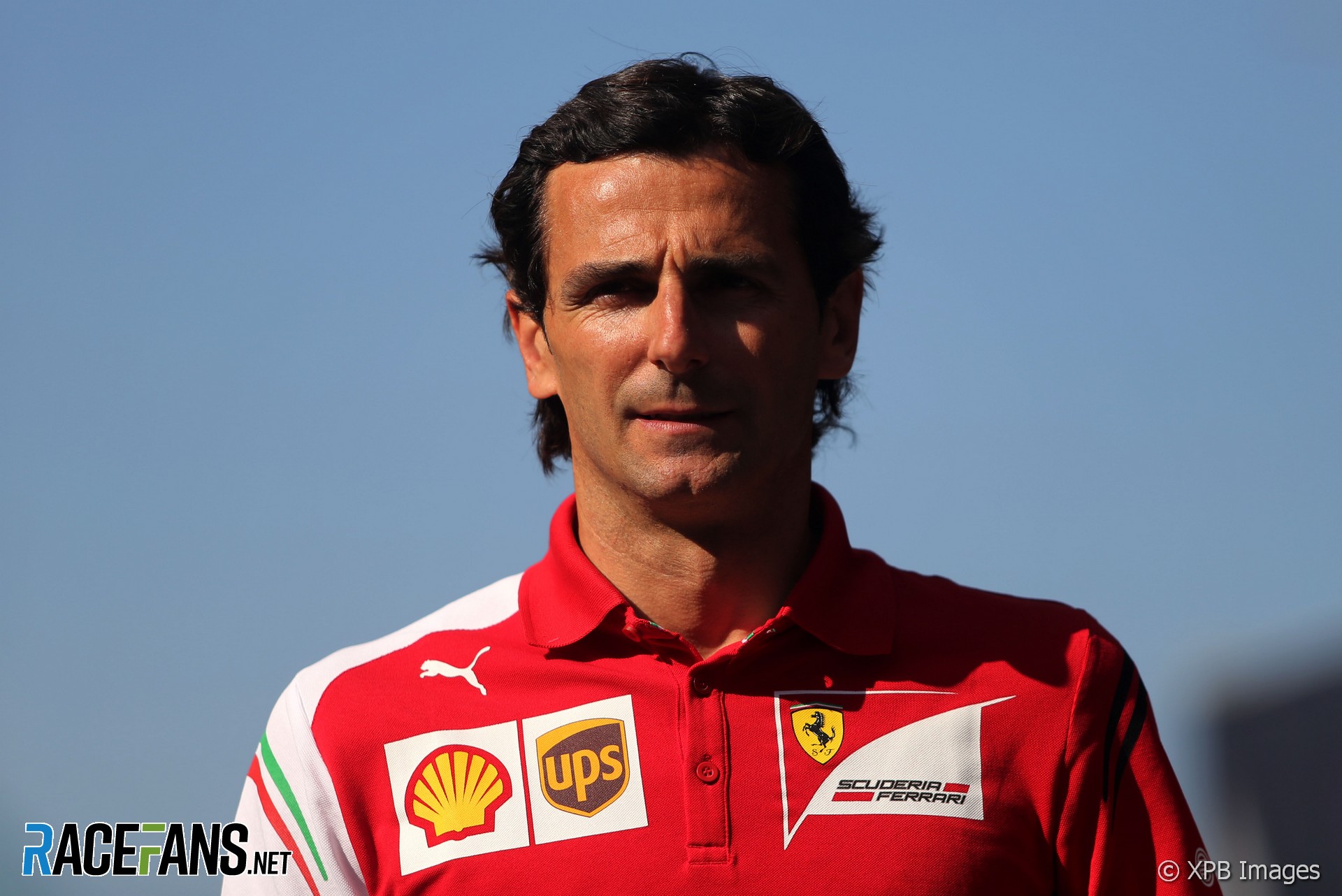 Pedro de la Rosa did not rock the F1 world in quite the same way as Fernando Alonso, but unlike his illustrious countryman he scored a championship point on his debut, which came with Arrows in 1999.

De la Rosa won the Formula Renault Eurocup in 1992. But after two largely fruitless years in British Formula Three he relocated to Japan.

There he won the F3 crown in 1995 before moving into Formula Nippon. He won that title in 1997 at his second attempt and became a test driver for Jordan, who used Japanese Mugen-Honda engines at the time.

His debut point with Arrows proved a false dawn – he never finished in the top six again all season, his car suffering repeated technical failures.

The story was much the same in 2000, though this time he managed a pair of sixth-place finishes for a total of two points.

De la Rosa moved to Jaguar to replace Luciano Burti in 2001. He ran team mate Eddie Irvine close at times but both were out after 2002.

That marked the end of de la Rosa’s first venture into F1 racing, but he soon returned.

Having lost his race, De la Rosa joined Alexander Wurz on McLaren’s test team where he made a significant contribution to their return to form.

The team preferred the more rapid Wurz but when a shoulder injury kept Juan Pablo Montoya from racing in Bahrain in 2005, it was de la Rosa who stepped in as Wurz was too tall for the MP4-20.

De la Rosa put in a strong drive to fourth, but he had to hand the car to Wurz for Imola once it had been reconfigured to fit him better.

While Wurz left for Williams, de la Rosa remained at McLaren for 2006. This paid off when Montoya quit halfway through the year and de la Rosa got the call-up again. He scored his best career result to date at the Hungaroring with a fine drive to second place.

For 2007 he returned to his full-time testing role as Lewis Hamilton joined the team. However his name stayed in the headlines as he was implicated in the McLaren-Ferrari spying scandal.

It emerged that he and Alonso, who joined the team that year, had exchanged emails discussing confidential Ferrari information obtained by Mike Coughlan.

When discovered the emails led to McLaren being expelled from the 2007 constructors’ championship and fined $100m. Although Alonso left the team at the end of the year, de la Rosa remained as third driver, the team preferring Heikki Kovalainen for the second race seat.

After two more years on the sidelines de la Rosa joined Sauber as a race driver for the 2010 season. But he was dropped and replaced by Nick Heidfeld five races before the end of the year.

De la Rosa did a series of tyre tests for Pirelli to assist the development of their new F1 tyres until the beginning of 2011. He then returned to McLaren as a test driver at the beginning of the 2011 season.

However when Sergio Perez was injured in Monaco de la Rosa made one-off return to Sauber as a substitute driver for the Canadian Grand Prix.

De La Rosa returned to a full-time seat with Spanish team HRT in 2012. It was supposed to be the beginning of a two-year deal, but as the season wore on it became clear the team would not continue into 2013.

He had little opportunity to show his potential besides regularly beating team mate Narain Karthikeyan and occasionally out-qualifying the Marussias. Late in the season the F112s suffered several failures but de la Rosa denied the team were taking liberties with their parts and attempting to use them beyond their minimum life.

Still there was little surprise when the team folded at the end of the season, ending de la Rosa’s chances of continuing in 2013.

De la Rosa joined Ferrari the following year as a test driver. He remained with the team until 2014.

In 2022 Aston Martin announced de la Rosa as the new ambassador for their Formula 1 team.