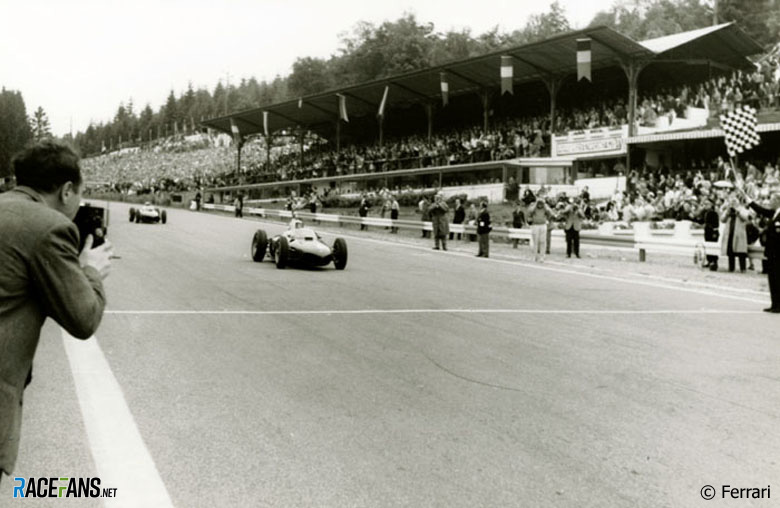 The American driver was a highly successful sports car racer. In 1957 he scored the first of three wins in the Le Mans 24 Hours, driving with Olivier Gendebien. Shortly afterwards Hill (no relation to his rival Graham Hill) began racing in F1 for Ferrari.

He raced in the seven of the nine rounds Ferrari entered in 1959 and scored three podiums. The team were uncompetitive in 1960 but well-prepared for the new 1.5-litre regulations which arrived the year after.

In 1961 it was between Hill and team mate Wolfgang von Trips for the championship. They each won twice and going into the penultimate round ‘Taffy’ led Hill by 33 points to 29.

But at Monza von Trips collided with Jim Clark and the German driver was killed along with 14 spectators. Hill collected the win and the championship. Ferrari stayed away from the final round at Watkins Glen, depriving Hill of the chance to drive before his home crowd as champion.

Politics within Ferrari took a toll on the team and, ultimately, Hill’s career. Although started his title defence with three consecutive podium finished, team manager Eugenio Dragoni had taken against him and gave negative reports about his driving to Enzo Ferrari.

Hill resolve to join ATS, a new team set up by a group of engineers who had defected from Ferrari, in 1963. The project was a disaster, and Hill soon moved on. He made a one-off appearance for Porsche at Watkins Glen in 1962 but didn’t start. In 1963 five starts for ATS were punctuated with one for Lotus, but none resulted in any success.

His final full season came in 1964 with Cooper, yielding just one point. The nadir came in Austria where he was withdrawn after crashing twice in practice. Suffering ill health, he made two ill-starred appearances in 1966 before retiring.

Hill died of complications relating to Parkinson’s Disease in 2008.