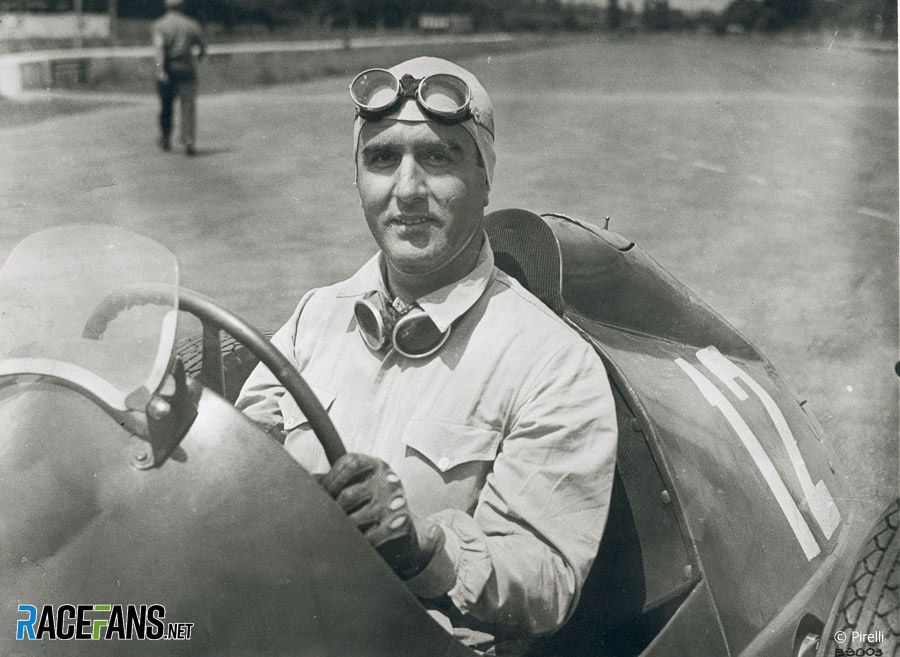 After the war Farina drove for Enzo Ferrari, then joined Alfa Romeo in time for the inaugural world championship. He won three times in the seven-round 1950 season (including the Indianapolis 500) to beat team mates Juan Manuel Fangio and Luigi Fagioli to the title.

Fangio turned the tables next year and Farina won just once, in Belgium. Following Alfa Romeo’s withdrawal he rejoined Ferrari, but couldn’t keep Alberto Ascari from the title and only scored wins in non-championship races.

The following year was much the same, though Farina did win at the Nurburgring after Ascari lost a wheel. Ascari left the team in 1954 but Farina’s season was curtailed after he was injured in a crash at Monza.

Now 48, the gritty Farina began the 1955 campaign still suffering from his injuries, yet took second and third places in a blisteringly hot Argentinian Grand Prix by sharing two cars: one with Luigi Fagioli and Maurice Trintignant, and another with Trintignant and Jose Froilan Gonzalez.

He was injured again at Monza later in the year, and abandoned an attempt to qualify for the Indianapolis 500 after a driver who took over his car crashed and was killed. With that the Formula One career of the sport’s first champion came to an end.

In a cruel irony, having survived many racing crashes Farina eventually lost his life in a car accident in 1966. At the time he was heading to the French Grand Prix in which he was to film scenes for John Frankenheimer’s film Grand Prix.