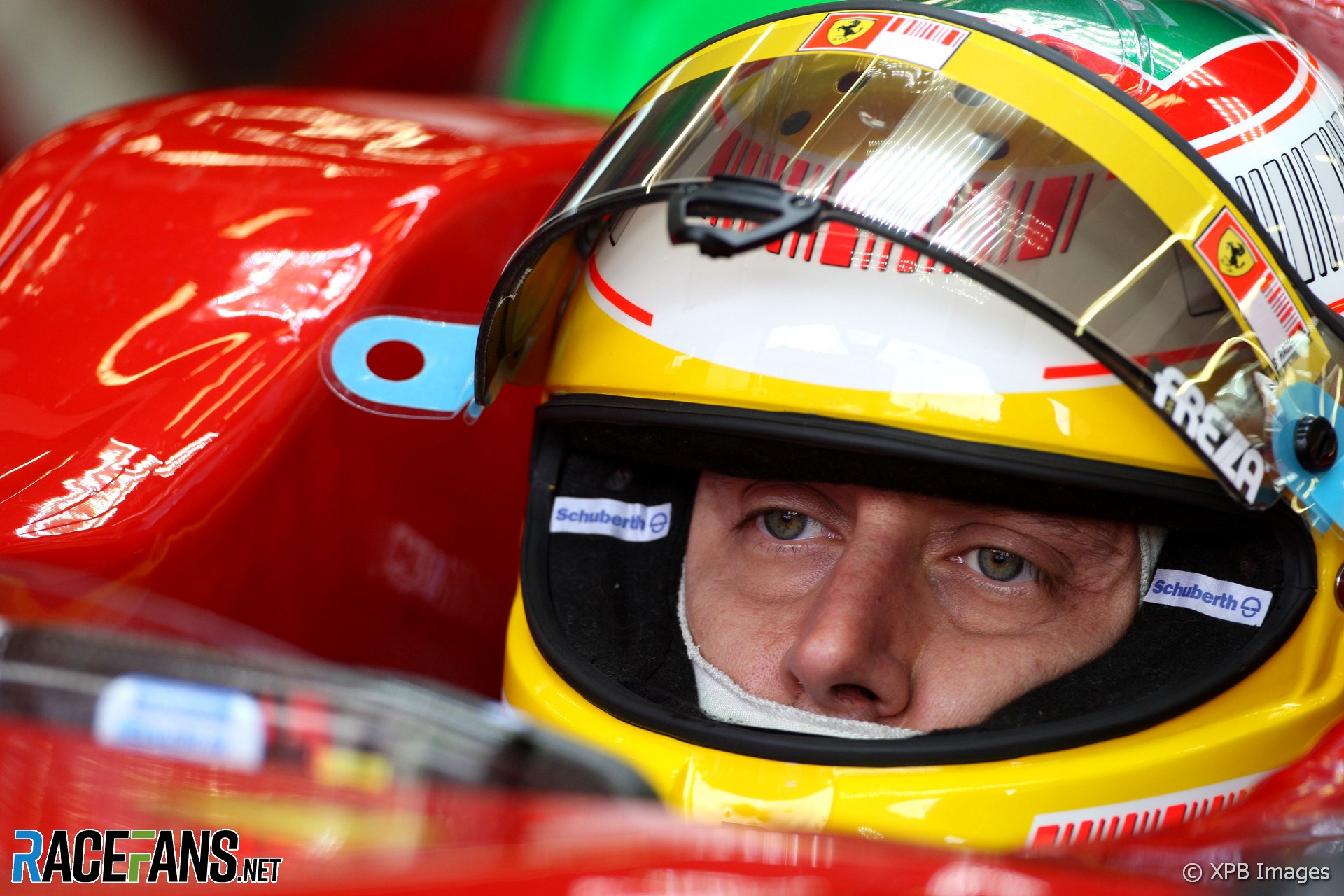 Before making a surprise comeback to F1 in 2009 with Ferrari, Luca Badoer was best remembered for his performance in the 1999 European Grand Prix.

In mixed conditions he dragged his uncompetitive Minardi into fourth place until, 13 laps from home, the gearbox broke. Badoer climbed from the car and burst into tears.

It would have been his first points finish after four years in F1. Badoer made his Formula 1 debut in 1993, the year after he won the Formula 3000 championship. Unfortunately he found himself driving one of the slow Lola-Ferraris entered by BMS Scuderia Italia.

Badoer failed to qualify the hopeless car twice but at Imola he dragged it home in seventh place – just one position short of a points finish. The team withdrew after the Portuguese round and Badoer spent 1994 on the sidelines as a test driver for Minardi.

He returned to racing with the team in 1995, giving veteran team mate Pierluigi a run for his money but suffered a few big accidents, including a violent crash at Monza heading into the Ascari chicane. The year ended with a non-start at Adelaide because of electrical problems – but the disappointment that awaited him made that pale in comparison.

Badoer joined the struggling Forti team for 1996. In the ten races he appeared in before they folded, Badoer posted four failures to qualify, two crashes and two retirements, plus a tenth and an eleventh.

Once Forti vanished Badoer was without an F1 seat for the next two years before finally making a return with Minardi.

He also became a test driver for Ferrari, but was snubbed by the team when it needed a substitute driver to take the place of Michael Schumacher after he was injured at Silverstone. Badoer was passed over for Mika Salo.

Although it looked like his F1 career was over after 1999 he remained with Ferrari and played a major role in testing their new cars.

It wasn’t until 2009 that Ferrari had cause to bring in some to replace an injured driver again. This time it was Felipe Massa who crashed in Hungary, and for a while it looked as though Ferrari were going to draft in Schumacher to take his place.

Instead it was Badoer who got the call-up for the European Grand Prix when it became clear Schumacher’s neck injuries hadn’t healed sufficiently.

Badoer’s return was a disaster. He qualified last at Valencia and Spa, and was typically more than a second off the pace of any other car. Ferrari quickly replaced him with Giancarlo Fisichella ahead of the Italian Grand Prix.

He continued as a Ferrari test driver until the end of the following year.