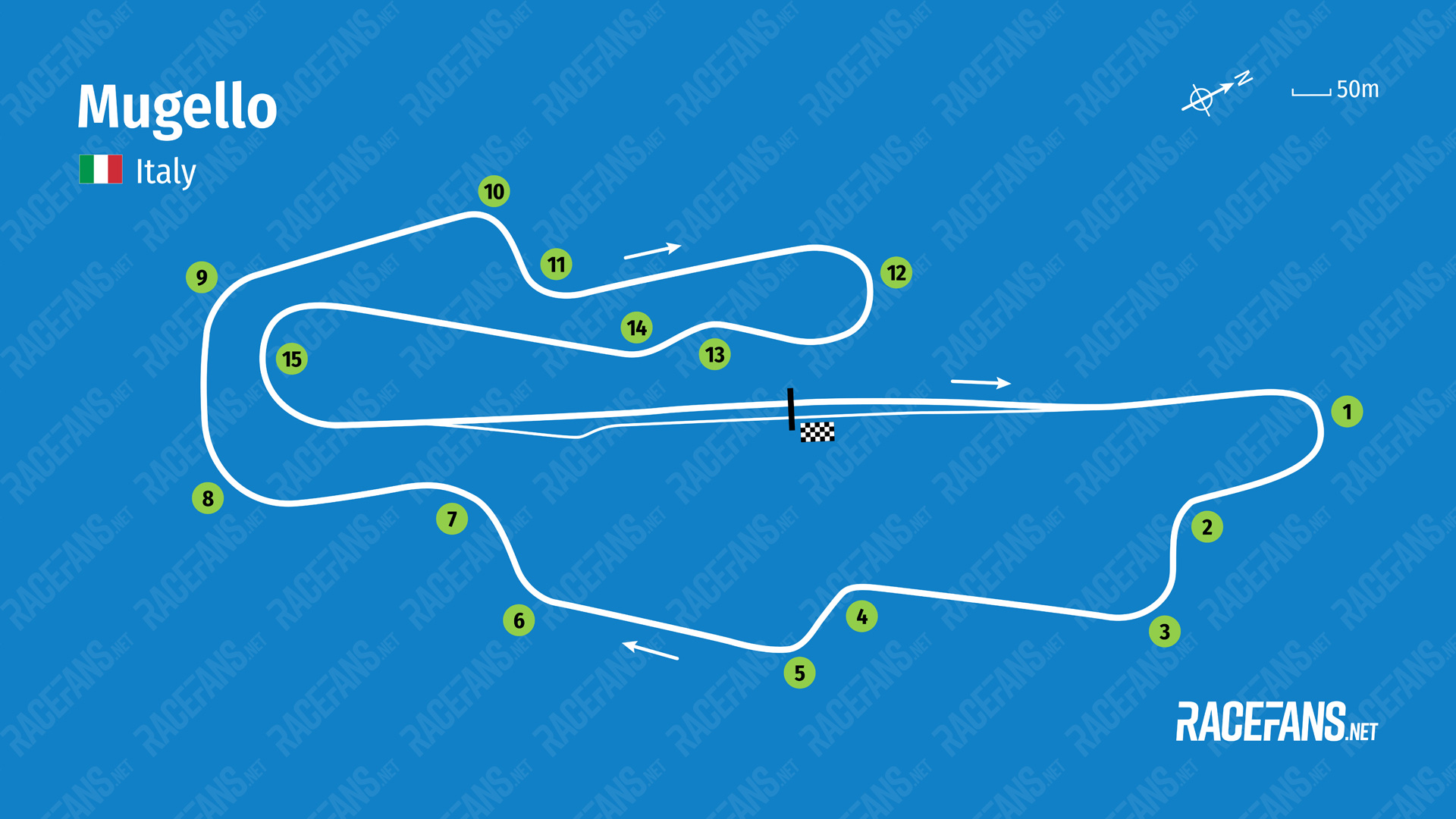 The Mugello circuit was not originally part of the 2020 F1 calendar. However following the disruption to the world championship caused by the Covid-19 pandemic, Formula 1 added the track to its schedule.

The 5.245-kilometre, 14-turn circuit in Tuscany opened in 1974 and is owned by Ferrari. In 2020 it will hold the race which should be the historic Italian team’s 1,000th start in a world championship round, and the event has duly been titled the Tuscan Grand Prix Ferrari 1000 as a result.

Mugello has never previously held a round of the world championship. However several F1 teams tested at the track in 2012, and Ferrari did in 2020.

Its layout is characterised by a long, kinked main straight, five pairs of switch-back corners of varying speeds, and almost all-gravel run-off areas.

The drivers slow from the fastest point on the track entering turn one, the looping right-hander San Donato. From their they tackle three pairs of consecutive corners separated by brief straights: The medium-speed Luco and Poggisecco (turn two and three), the quicker Materassi and Borgo San Lorenzo (four and five) and finally the right-hand flick of Casanova which leads into the longer left-hander Savelli.

This leads into the high-speed entry for two right-handers known and Arrabbiata one and two, two of quickest bends on the track. Following another short straight, the cars tackle the slower right-let bends of Scarperia (turn 10) and Palgio.

The last sequence of corners involves two looping, 180-degree-plus bends. The first, Correntaio, curves to the right, and feeds into a quick left-right known as Biondetti one and two. Finally the drivers round the long, opening Bucine curve to the left which brings them back onto the start/finish straight.