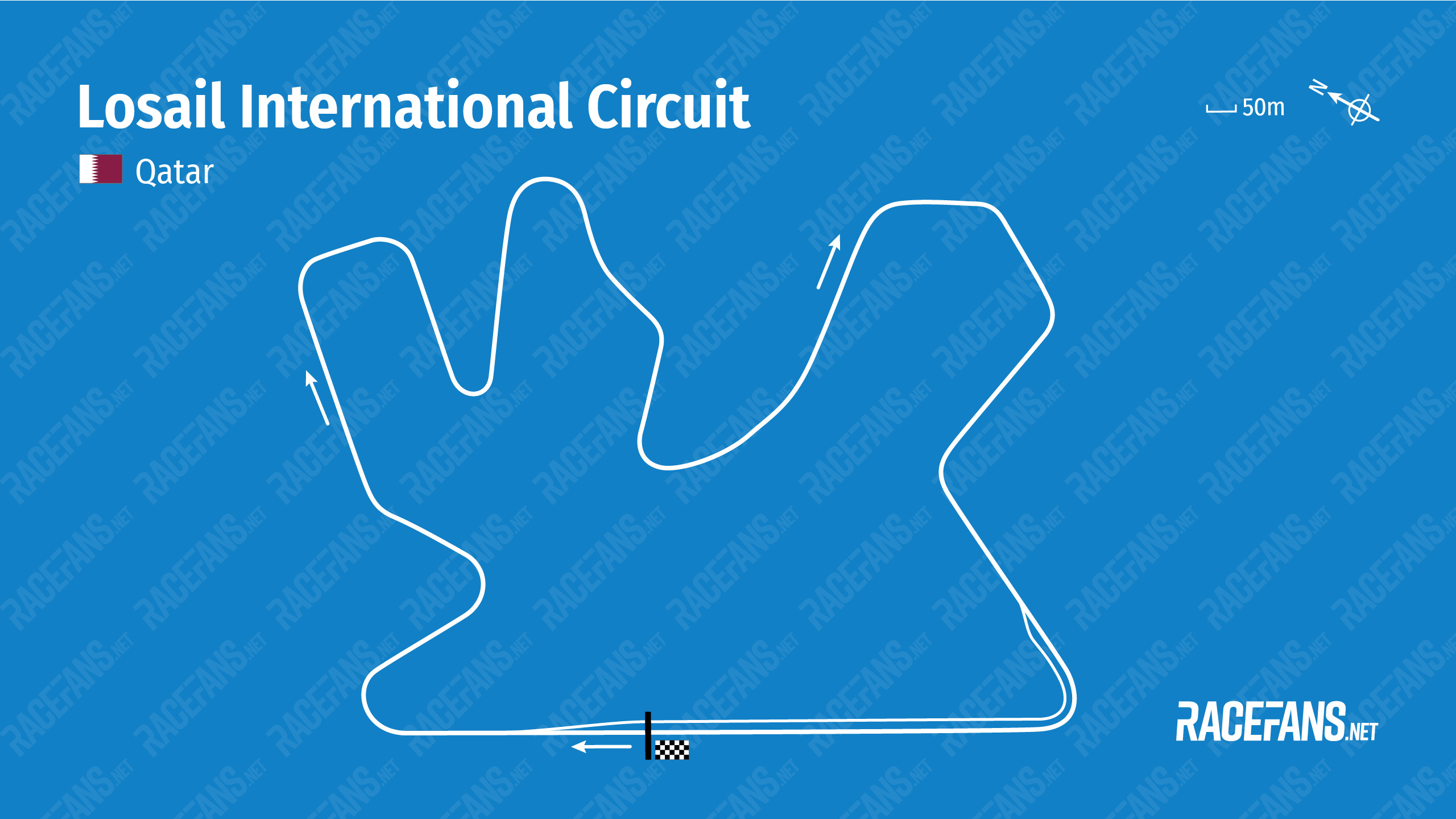 The Losail International Circuit in Qatar, which opened in 2004, was built by the country’s motorcycling federation. It is situated a short distance to the north of the Qatari capital Doha.

The 5.4-kilometre (3.35 mile) layout features 16 corners and little elevation change. It is bordered by a mixture of asphalt, artificial grass and gravel. The circuit is fully floodlit, allowing races to take place at night.

It has hosted GP Masters, GP2 Asia and World Touring Car Championship races. Formula 1 will race at the venue for the first time in 2021.

Photographs of the track