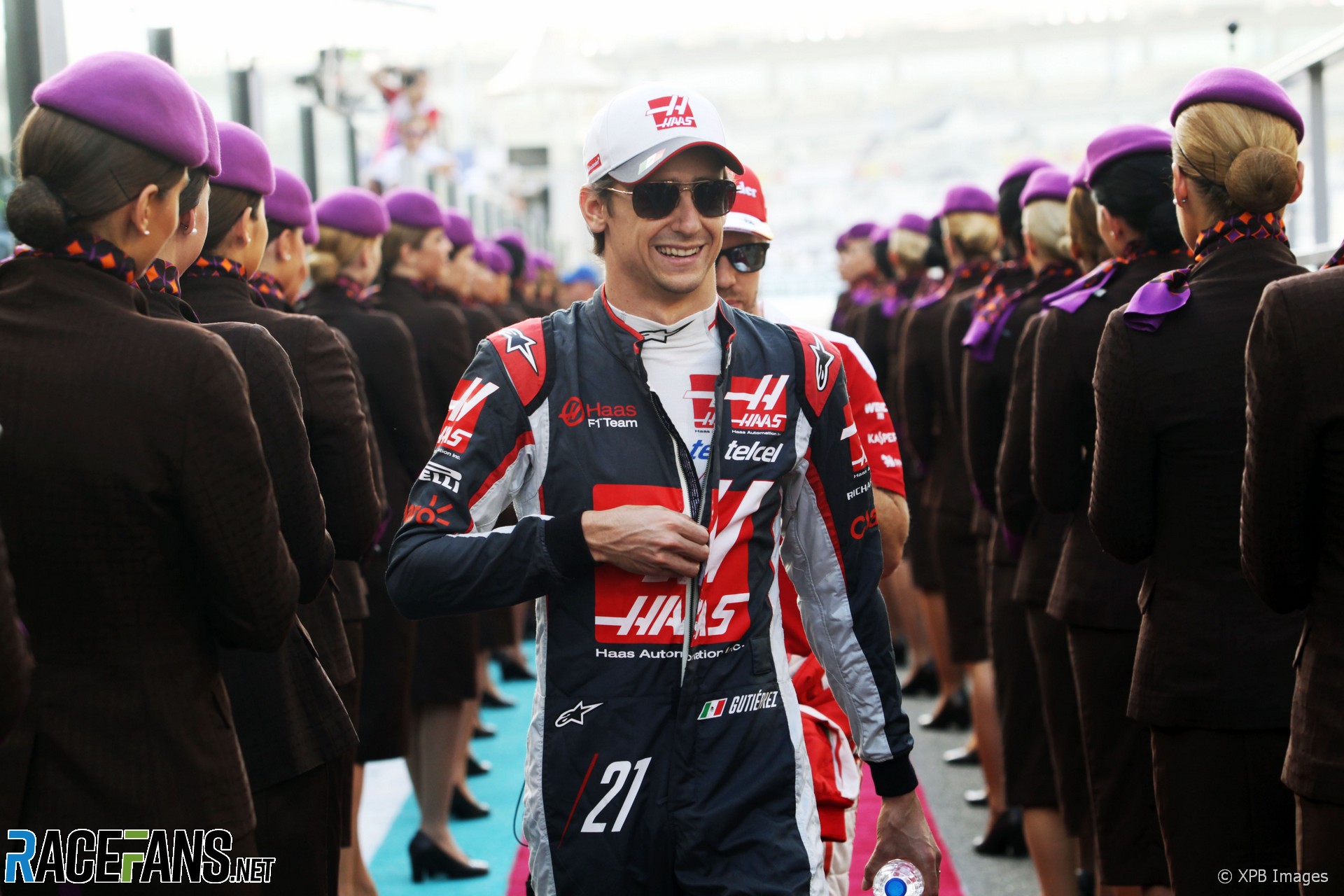 Esteban Gutierrez was the second driver to reach F1 thanks to the backing of Escuderia Telmex, an initiative set up by the telecommunications company to promote local driving talent.

Gutierrez took the place of Sergio Perez at Sauber for the 2013 season following Perez’s promotion to McLaren.

On his way to Formula One Gutierrez achieved the unusual feat of winning two F1-supporting championships in their inaugural years: Formula BMW Europe in 2008 and GP3 in 2010.

The fifth of six children, Gutierrez saw a kart belonging to his cousin and pestered his father for a similar one. Wish granted, he started racing at the age of 13 and after enjoying considerable success in Mexico’s Rotax Max series plans were soon made for him to move into racing cars.

This attracted the attention of powerhouse Formula Three team ART, who ran Gutierrez in the Euroseries the following year. He ended the season ninth, six places behind fellow rookie and team mate Valtteri Bottas.

Gutierrez’s Formula BMW success also brought interest from BMW’s F1 team. Although they were poised to leave F1 at the time, the team ran him in a test at Jerez at the end of 2009. Gutierrez returned to an F1 support series the following year, competing in the new GP3 championship. Still living in Paris to be close to his ART team, Gutierrez won five times in a competitive season and beat Robert Wickens to the title.

With Sauber promoting Perez to its race team in 2011, Gutierrez took over from him as test driver in 2011. This provided an opportunity for him to make his race debut when the injured Perez ruled himself out of competing in the Canadian Grand Prix.

But the team ran Pedro de la Rosa instead, not wishing to throw Gutierrez in at the deep end at a fast track with little run-off. Rumours spread that Gutierrez, still only 18 years old, was in fact sitting an exam that weekend – but he was quick to deny them.

By now Gutierrez had stepped up to GP2 where he was reunited at ART with 2009 F3 team mate Jules Bianchi. Gutierrez only managed 13th in the championship but impressed with some strong but often luckless drives.

In mixed conditions at the Hungaroring he charged from 24th on the grid to take second place off Romain Grosjean at the final corner. It was some compensation for dropping out of the race at the Nurburgring a week earlier when a wheel worked loose as he was closing on the leaders. He also won in Valencia.

With Bianchi off to Formula Renault 3.5 in 2012 Gutierrez was expected to be one of the leading championship contenders. His year got off to a strong start with three podiums in the first four races.

But now it was Gutierrez’s turn to feel the pressure from a rookie driver on the other side of the ART garage. James Calado persistently matched his pace and often out-performed his more experienced team mate.

Gutierrez’s driving grew ragged on occasions. While running eighth at Monaco – and on course for the vital pole position for the sprint race – he hit the barrier as he tried to lap Fabrizio Crestani.

Silverstone showcased Gutierrez’s strengths and weaknesses as he won the feature event then collected a ten-place grid penalty in the sprint race after colliding with Johnny Cecotto Jnr. His title hopes faded following another collision, this time with Julian Leal at Spa.

Gutierrez rallied late in the season to end the year third behind Davide Valsecchi and Luiz Razia. And the announcement in September that Perez would leave Sauber for McLaren made Gutierrez’s F1 debut in 2013 seem a foregone conclusion.

That was emphasised at the Indian Grand Prix when the team abruptly declared Perez was ill and Gutierrez would take his place for the first F1 practice session that weekend, before giving the car back to Perez. Gutierrez drove for Sauber again in the young drivers’ test at the end of 2012.

Gutierrez’s deal to drive for Sauber was announced at the final race weekend of 2012. Team principal Monisha Kaltenborn said his path to F1 was “mapped out step by step” and he was “ready to take the leap”.

However the move up to the top level proved a challenging step, particularly as Sauber’s 2013 car was not competitive at the start of the season and Gutierrez was sharing a team with the highly-rated Nico Hulkenberg. He only out-qualified his team mate once all season, when Hulkenberg’s DRS failed in Singapore.

Gutierrez showed some signs of progress, particularly in qualifying, and in Japan he scored his first and only points finish of the season with seventh. Despite a few incidents along the way, including a collision with Adrian Sutil in China, Gutierrez was retained for 2014.

Sauber struggled with Ferrari’s first-generation V6 hybrid turbo power unit. In a season when the factory team only made a few visits to the podium and failed to win a race, their customer team was unable even to score a point.

Gutierrez potentially came closest in Monaco, where he was on course for a points finish when he clipped a barrier at Rascasse and spun into retirement. Fellow Ferrari users Marussia claimed their first points in the same race, underlining the cost of Gutierrez’s error.

On other occasions Gutierrez was clearly blameless. Pastor Maldonado gave him a shock in Bahrain, flipping the Sauber onto its roll-hoop in a misjudged overtaking attempt. However Gutierrez fell foul of the stewards just as many times as Maldonado over the course of the year.

While both he and Sutil could make a convincing case that the car had let them down too often during the season, both were cut loose at the end of the year.

Gutierrez landed a testing role at Ferrari and secured a comeback with their new engine customers Haas for 2016.

It proved a frustrating return to action for Gutierrez. Team mate Romain Grosjean scored all of the team’s points, most of which coming in the first two races while Gutierrez experienced various misfortunes.

In Australia Fernando Alonso used his car as a launching pad, triggering a frightening crash which both were fortune to emerge from unhurt. A brake problem put Gutierrez out in round two while Grosjean finished fifth.

For much of the season Haas struggled with a combination of braking problems and poor tyre temperature management. There were times when Gutierrez coped better with these than Grosjean, though he never managed to crack the top ten.

An early-season illness didn’t help matters, nor did a pair of first-lap collisions with Hulkenberg. He also managed to pick up two penalties in a single race for failing to observe blue flags and gained a reputation for not paying enough attention to his mirrors.

One of the season’s few positives came at Monza, where Gutierrez gave the team their first appearance in Q3. But once again no points followed, and when he started from the top ten again at Suzuka he spoiled his race with a spin. The team dropped him at the end of the season in favour of Kevin Magnussen.

Gutierrez went on to race in Formula E and took over Sebastien Bourdais’s IndyCar seat in the second half of 2017 after the Coyne driver was injured.

Browse all articles on Gutierrez
Skip to toolbar