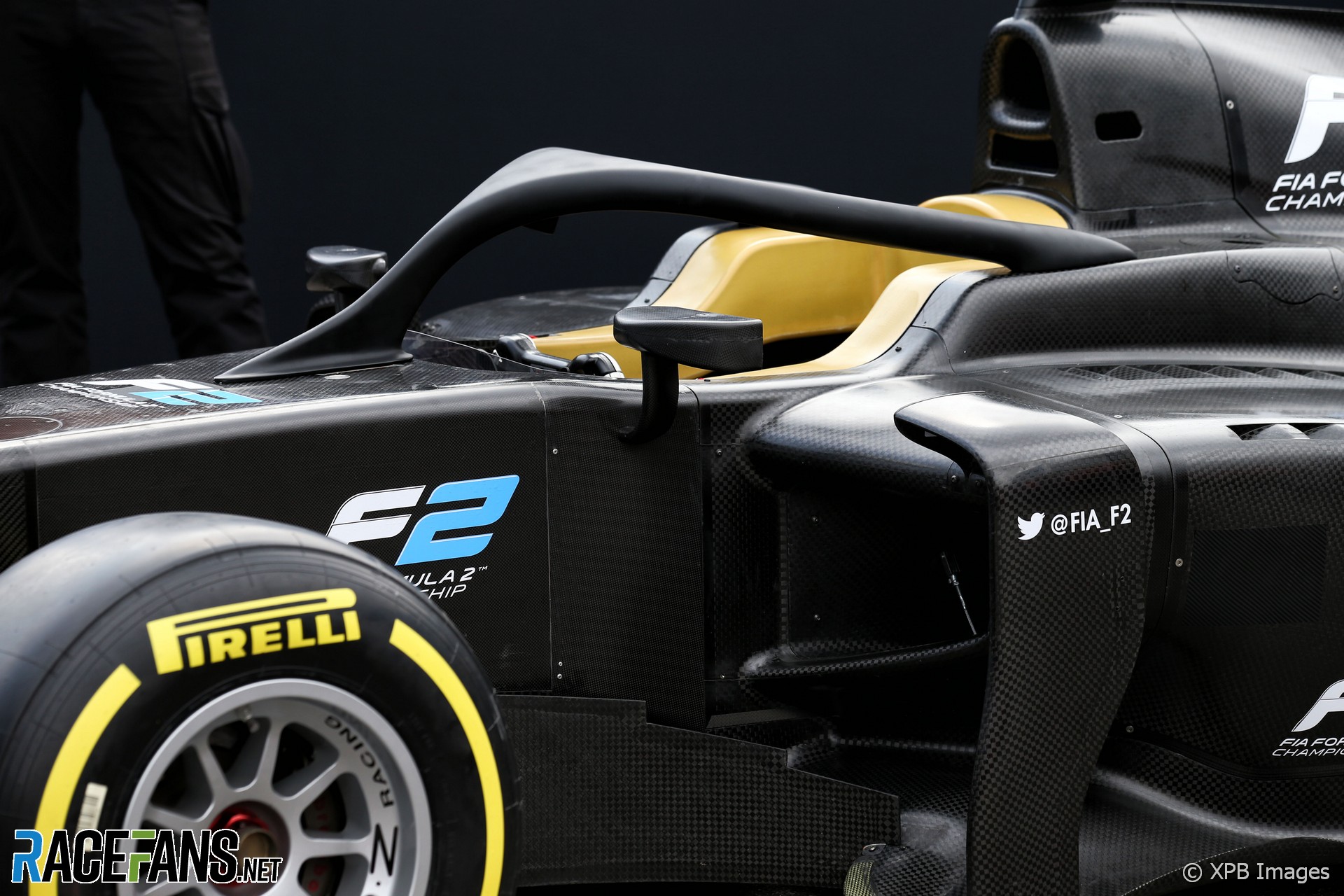 Formula 2’s new chassis for 2024 will be designed to better suit female racing drivers as well as males, the series’ CEO Bruno Michel has confirmed.

“We are taking that very seriously, of course, and especially because it’s coming from Ben Sulayem,” Michel said.

Some female racing drivers have described F1 cars as being easier to handle than the machines used in support series because the top-flight machines have power steering. Tatiana Calderon, who returned to F2 this year, is among those to have made that observation.

W Series champion Jamie Chadwick has voiced concerns about the physicality of high-level single-seater cars and found it difficult to use a standard steering rack in Formula Regional whenever W Series’ lighter one was not in place, to the point where it had “scared me off ever struggling physically in a car”.

But Michel is now “working very closely with the FIA” on the next cars for F2 and for Formula 3 – the latter due in 2025 – and says power steering “of course, is something that we’re looking into” if it can viably be incorporated while meeting other design targets.

There are no women among the current roster of drivers F2 calls upon to drive its development car, and who would likely be responsible for the first on-track testing of the upcoming new design.

“We will see what we have to do in regards of the conclusions that we will make on this new car,” Michel continued. “We know that we need to make sure that it’s not going to be an issue for female drivers, for sure. That’s the whole idea of what we are doing.

“But on the other end, we don’t want to complex-ify the car if we don’t need to do it. So it’s always something, it’s a tricky one. But we’ll make the right decision and, as I said, we will make the decision with the FIA.”

Costs will influence whether F2 deems power steering suitable to add to its cars. Other elements of car design are a priority for the series’ operating company Formula Motorsport Limited to ensure teams will want to purchase the package and can run at a sustainable cost level. There is also an onus on maintaining the series’ relevance to modern Formula 1 cars.

“It’s always what we’re trying to do, because we used to develop one car every three years, and for economic reasons we’ve developed this one, for instance, for six years,” Michel explained. “So it’s a quite dated car. Now what are you expecting from a car after the F2 level?”

Michel has three key design considerations for F2’s next chassis, beginning with “a car that fits all the safety standards that the FIA is developing.

“That’s something that, of course, is going to be different in the new car, because the safety devices that the FIA was asking for six years ago are not the same as the one that we’re having now. So that would be, number one, a very strong change.

“You want a car that prepare drivers to F1. So if there are new things that F1 is putting together on their car and that is making a change, of course you need to try to see if we can adapt them on the F2 cars as well.

“And you want a car that is going to provide great racing, because that’s also the DNA of our categories. And I must say that on that we’ve been doing quite well, but we can always improve ourselves.

In addition to design cues that dictate performance, “we need to make a car that looks more like a F1 car”, Michel noted, as “the car we have now is quite far away in terms of aesthetic from a F1 car.”

During the series’ previous era as GP2, the chassis from Dallara mirrored F1’s design trends. The current car’s predecessor, introduced in 2011, featured a high nosecone and a shark fin engine cover similar to those seen on F1 cars at the time. F1 introduced DRS the same year, which GP2 eventually added to its car in 2015.

F2’s current car was introduced in 2018 and included a turbo-powered engine, as turbos had returned to F1 in 2014. The halo cockpit protection device was also added, at the same time as it was introduced to F1 cars.

However Michel stressed the overwhelming concern for the championship is to keep costs under control.

“Lastly, which is probably the most important, we have to make the car that is not going to cost a fortune,” he said. “And that’s the big difficulty that we have, because everything I said before is additional costs, and we need on the other end to make sure that we are not going to suddenly kill the teams because they will have to buy a car that is worth much, much more money than they were doing in the past.

“So we need to be very careful about that, not only the car itself, but all the spare parts that they will have to buy during the life of the car.