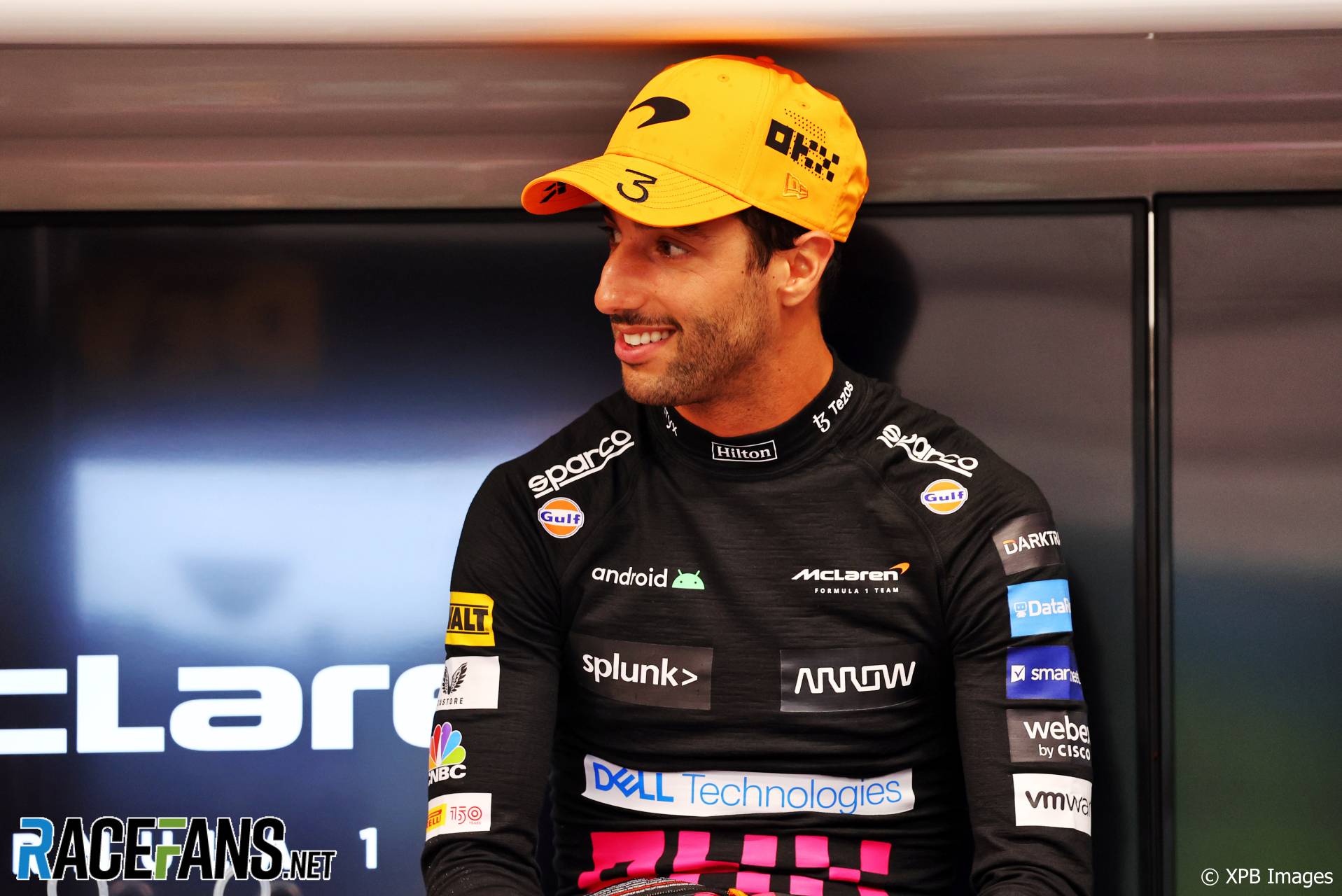 Haas team principal Guenther Steiner revealed he made an approach to Daniel Ricciardo about a drive next year.

The team confirmed today it has hired Nico Hulkenberg to replace Mick Schumacher in its line-up next year. However Steiner indicated other drivers were under consideration for the drive.

One of them was Ricciardo, whose second season at McLaren began poorly and eventually led the team to cancel his deal to drive for them again next year. Steiner spoke to Ricciardo before that was announced in August.

“At the beginning I reached out, actually before the McLaren thing happened,” he told media including RaceFans in Abu Dhabi. “I reached out to see what he was doing next year. But then we didn’t go anywhere.”

Despite Ricciardo’s race-winning pedigree, Steiner admitted it wouldn’t be an easy decision for any team to hire him after what has been an unexpectedly poor two seasons for him at McLaren, aside from his surprise 2021 victory at Monza.

“Daniel this year obviously he didn’t do well otherwise he would be still at McLaren next year,” said Steiner. “So I think we have to consider that one as well.

“We would have known that in the moment it’s not his height of his career. And I still don’t get it because I think he’s a very good driver because he won races with Red Bull, he was very good, and this year it just didn’t come together.

“So if you take somebody like this you are again taking the risk of can you bring him back or not?”

However Ricciardo did not pursue a drive at Haas. “He never spoke out,” said Steiner. “He still doesn’t speak with me, you know?

“And he better [not] after last weekend when he crashed into us,” Steiner added, jokingly. “That’s it, I don’t answer his phone call anymore.”

7 comments on “Steiner approached Ricciardo over Haas seat for 2023”