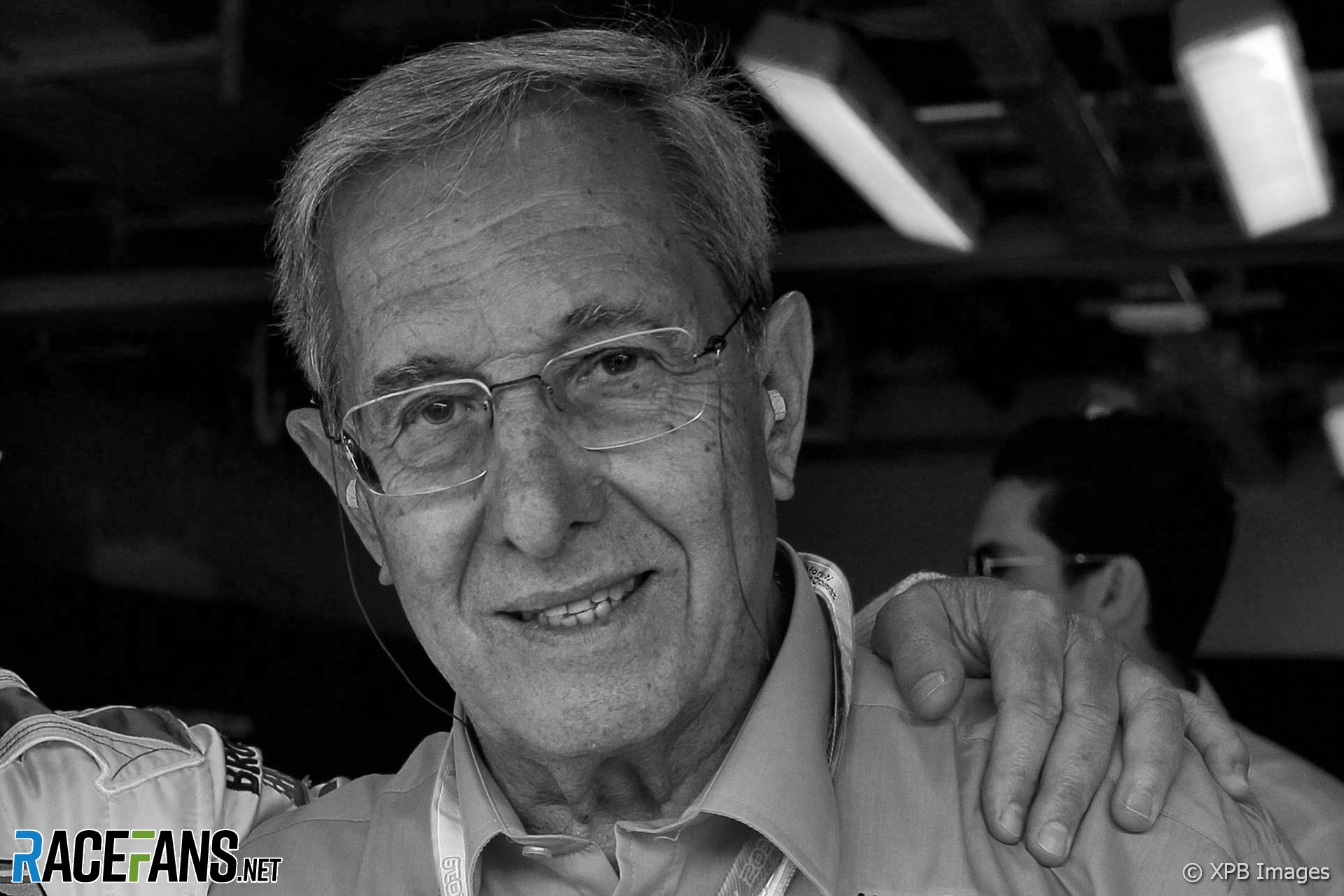 He led work on the cars which brought Italy’s great team back to championship-winning ways in 1975 and continued to win titles into the next decade.

Forghieri was one of the last great designers from the days when a single person was responsible for virtually an entire car end-to-end: chassis, mechanicals, engine, transmission, aerodynamics and all.

His original appointment in charge of Ferrari’s F1 car design came at the age of just 27. The son of Reclus Forghieri, who worked on Enzo Ferrari’s pre-World War Two cars, his education at the University of Bologna was reputedly paid for by Ferrari himself.

Facing a mass walk-out of his engineering staff in 1961, Ferrari appointed Forghieri in place of former designer Carlo Chiti. When F1 increased engine capacities to three litres in 1966, Forghieri’s team was quick out of the blocks with the 312, which won its second race at Spa-Francorchamps in John Surtees’ hands.

At a time when Ferrari’s grand prix team competed with their sports car division for resources, the F1 effort suffered. Just one win followed over the next two seasons, despite Forghieri advancing the team’s design with innovations such as trend-setting an adjustable wing.

He was relocated away from the F1 effort in 1969, but the team’s form plummeted, and the following year he was back. Forghieri’s latest design, the flat-12 312B1, scored three wins at the end of the season, though it was too late for driver Jacky Ickx to take the title away from Jochen Rindt, who had died in a crash at Monza.

After a 1971 season beset by mechanical niggles and the frosty reception afforded to Forghieri’s unorthodox 312B3 ‘Spazzaneve’ (‘snowplough’) design, he found himself moved aside once more. But again, Ferrari found themselves in the doldrums the following year, and he was soon back.

This time Ferrari had realised more fundamental change was needed. The young Luca di Montezemolo was appointed to run the team, and along with Forghieri’s reinstatement Niki Lauda was brought into the fold. Forghieri seized on Lauda’s unflinchingly frank assessment of his car’s shortcomings and together they rapidly brought Ferrari back to the front

The 1974 season was a breakthrough year for Ferrari. Lauda led more laps than anyone but reliability problems meant it was team mate Clay Regazzoni who went into the final race tied for the points lead with Emerson Fittipaldi. The Lotus driver won, but in the off-season Forghieri devised the new 312T chassis – the ‘T’ denoting its transverse gearbox – which dominated the following season.

In 14 races Lauda only failed to score twice and recorded five wins and nine pole positions. For the first time in 11 years a Ferrari driver won the drivers championship and the team took the constructors title. The 1976 season would surely have been a repeat had Lauda not missed two races when he crashed and suffered near-fatal injuries at the Nurburgring, though the team was constructors champions again. The following year Lauda was back in his 1975 groove, took 10 podiums and clinched the title.

While a falling-out with Ferrari led Lauda to leave, Forghieri continued to refine his 312 generation of Ferraris. The ground effect-harnessing 312T4 of 1979 was unattractive but competitive, and Jody Scheckter took it to the title, while Ferrari claimed their fourth crown in five years.

To keep them on top, Forghieri had already sussed they would need a turbocharged engine of the type Renault were already winning races with. That car appeared towards the end of an otherwise miserable 1980 campaign, and despite the truck-like handling of its race-ready 1981 car, the 126CK, an inspired Gilles Villeneuve won twice in it.

Harvey Postlethwaite was installed alongside Forghieri to refine his chassis and the team took back-to-back constructors championships over the next two seasons. There was no drivers title, however: Villeneuve was killed in a crash while qualifying for the 1982 Belgian Grand Prix and Didier Pironi sustained career-ending injuries at the German Grand Prix three months later.

Noting the performance of Brabham’s four-cylinder BMW engine in 1983, Forghieri began work on a similar layout to replace Ferrari’s V6 with. The new development engine performed poorly however, and by the end of 1984 he was relocated to research projects elsewhere within Ferrari.

He made a return to F1 as the designer of the 3.5-litre Lamborghini V12 engines used by Lola in 1989 and Lotus the following year. Fogrhieri was also involved in an aborted project to enter a Mexican team into F1.

Later in life he worked for Bugatti and was called as an expert witness in the trial over the death of Ayrton Senna in 1994.