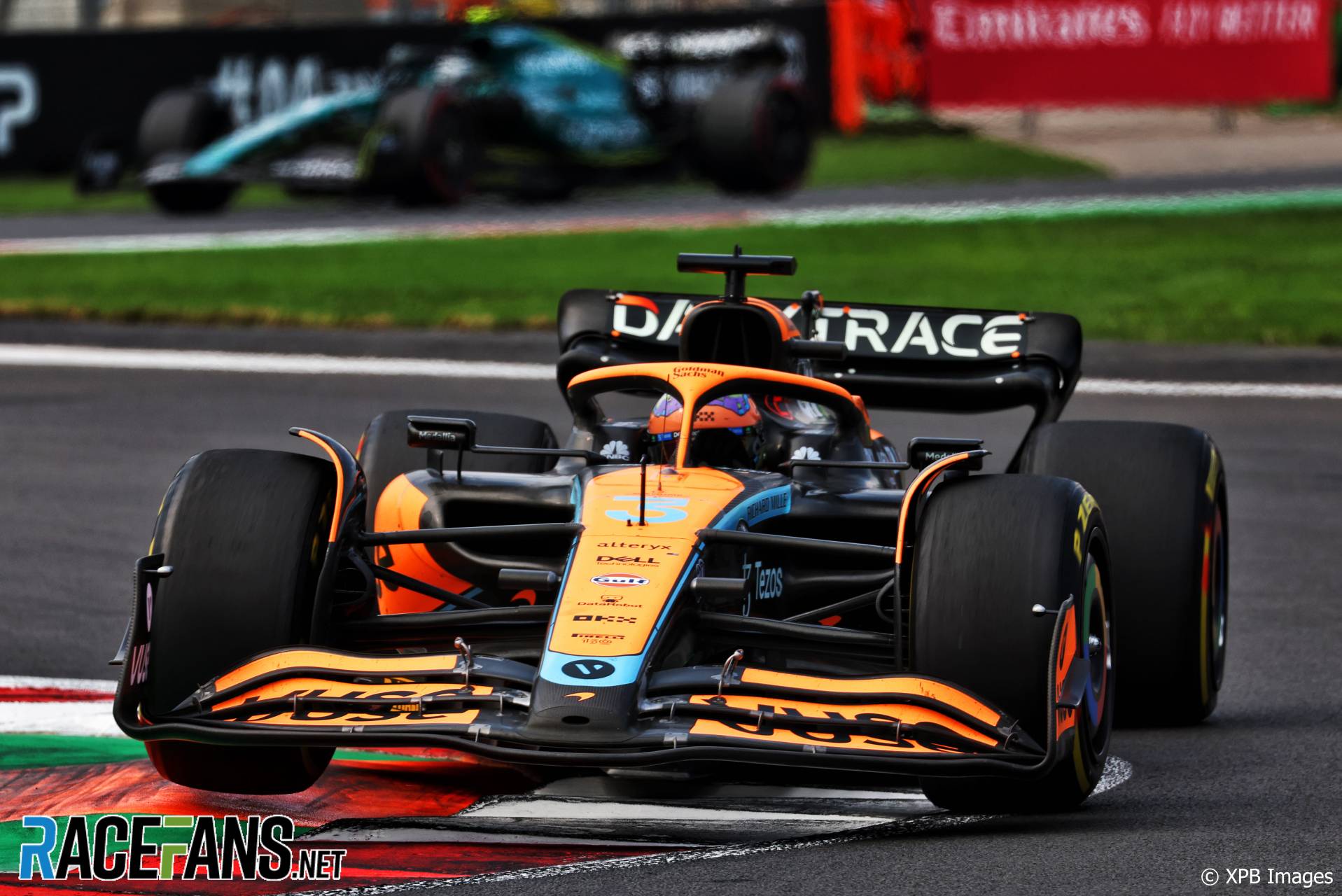 Daniel Ricciardo was given two penalty points on his licence for his collision with Yuki Tsunoda during the Mexican Grand Prix.

The McLaren driver was trying to pass his rival on the inside of turn six when the pair made contact. Ricciardo’s left-front wheel hit the right-rear of Tsunoda’s car, briefly lifting the AlphaTauri into the air.

Tsunoda return to the pits where he retired with sidepod damage, fuming on the radio at his rival. “How he can think that overtake there?” he said. “I don’t know. Such a rookie guy.”

After considering video footage of the collision the stewards ruled he was entirely to blame for the clash. “The stewards considered that Ricciardo’s attempt to pass Tsunoda was both too late and too optimistic and find Ricciardo wholly at fault,” they noted.

They handed Ricciardo a 10-second time penalty and two penalty points on his licence. He now has a total of six, halfway towards a one-race ban. However Ricciardo has said he will not race in F1 next year meaning his licence will reset to zero before he makes any potential return.

Ricciardo finished the race in seventh place, 12 seconds ahead of Esteban Ocon, so the penalty made no difference to his finishing position.

18 comments on “Ricciardo given two penalty points for “too late, too optimistic” move on Tsunoda”