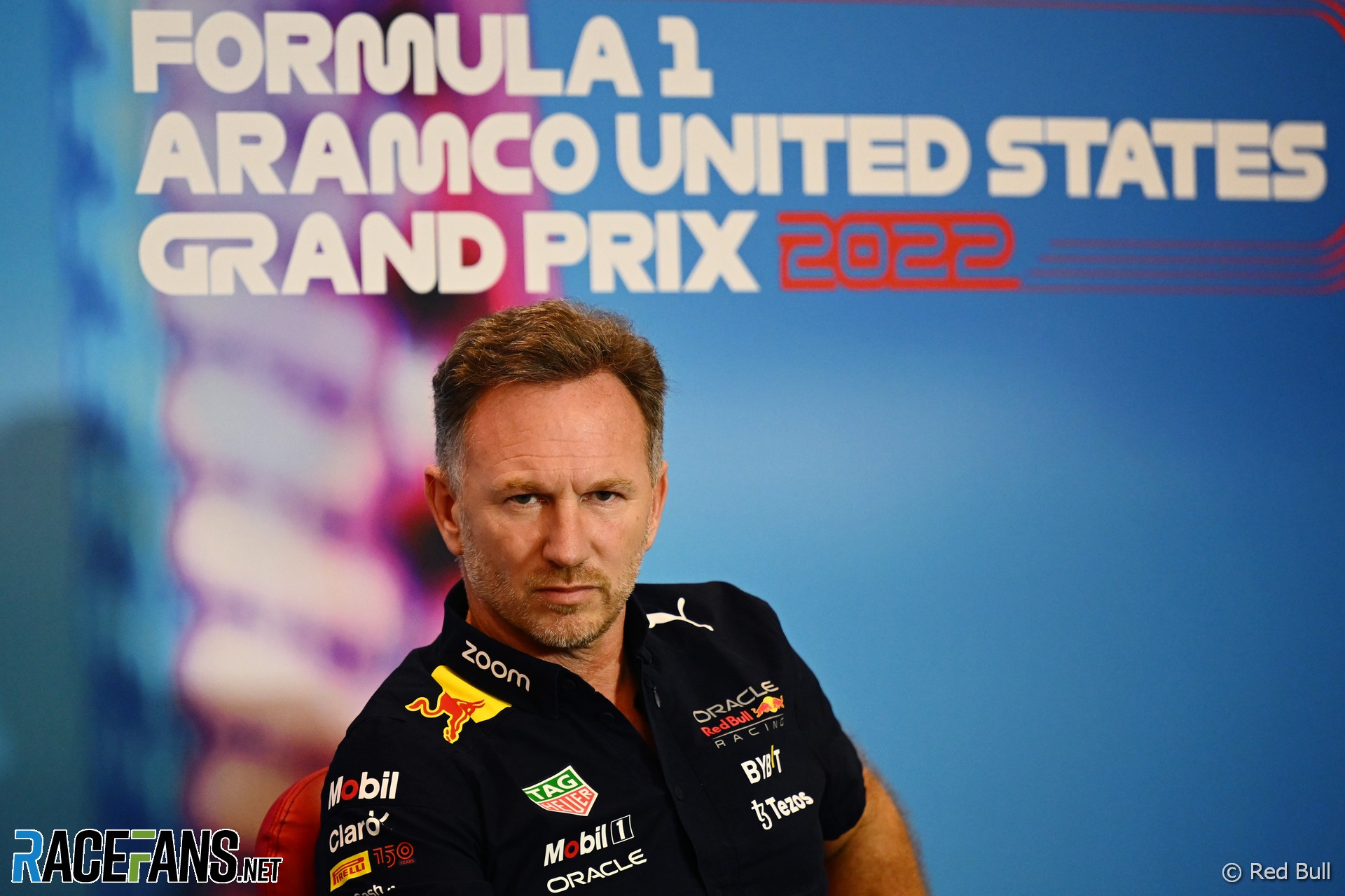 The FIA announced last week Red Bull had not kept within the $145 million spending limit during 2021, the first year the budget cap was enforced. The sport’s governing body accused it of a “minor” over-spend, which under the rules means as much as 5%, which is $7.25m.

However Horner indicated the sum involved at the heart of the dispute was considerably less than that.

“The 5% window I think is part of the regulations that potentially need to be looked at,” he said. “Because the ranging suite of penalties again are totally subjective.”

Possible sanctions for a “minor” breach of the regulations include a fine, a reduction of Red Bull’s future cost cap, points deductions.

“I think this is what’s contributed to a concerted campaign for there to be a draconian penalty on Red Bull for what at the end of the day, we’re talking probably what is in contention with the FIA of a couple of hundred thousand dollars,” said Horner. “As I say I will explain later why we have a different opinion within that submission of what our position was versus another.”

While rival teams have claimed any benefit Red Bull gained last year would continue to be felt in subsequent seasons, Horner insists they have “absolutely not” benefited by over-spending.

“We had zero benefit from a development perspective or an operational perspective either for 2021 or for 2022 from the way that we operated it within the cap. Our submission was significantly below the cap.

“We expected certain things to be potentially challenged or clarified, as is the process in the brand new set of regulations. But based on external, professional accounting, third parties’ interpretation of those rules of a 50-page document to police this, were very clear from our side. So we absolutely and categorically don’t feel that we’ve had any advantage either in 2021 or 2022 or ’23 or ’24 or some teams talk about ’26, it is totally fictitious.”

Horner said there was no indication from the FIA of any concerns over their submission until last month. “We made an interim submission in 2021,” he explained. “There was no feedback and no suggestion that we were doing anything that was contrary to any regulations.

“Then of course the submission made in March, again we didn’t hear anything from that submission in March until about September. So it’s a significant period of time.”

He pointed out that “there’s also within the regulations for the FIA to guide, to have effective compliance.”

Horner met with FIA president Mohammed Ben Sulayem yesterday and is hopeful they are nearing a resolution to the row.

“We are in a process with the FIA,” he said. “We’re hoping to get closure on that and at that point in time then all the facts will be laid on the table and we’ll be able to talk very openly about the cap and why we feel that our costs are fully in line.”

“They’re diligently trying to do their job and hopefully in the near future we’ll have a resolution,” he added.