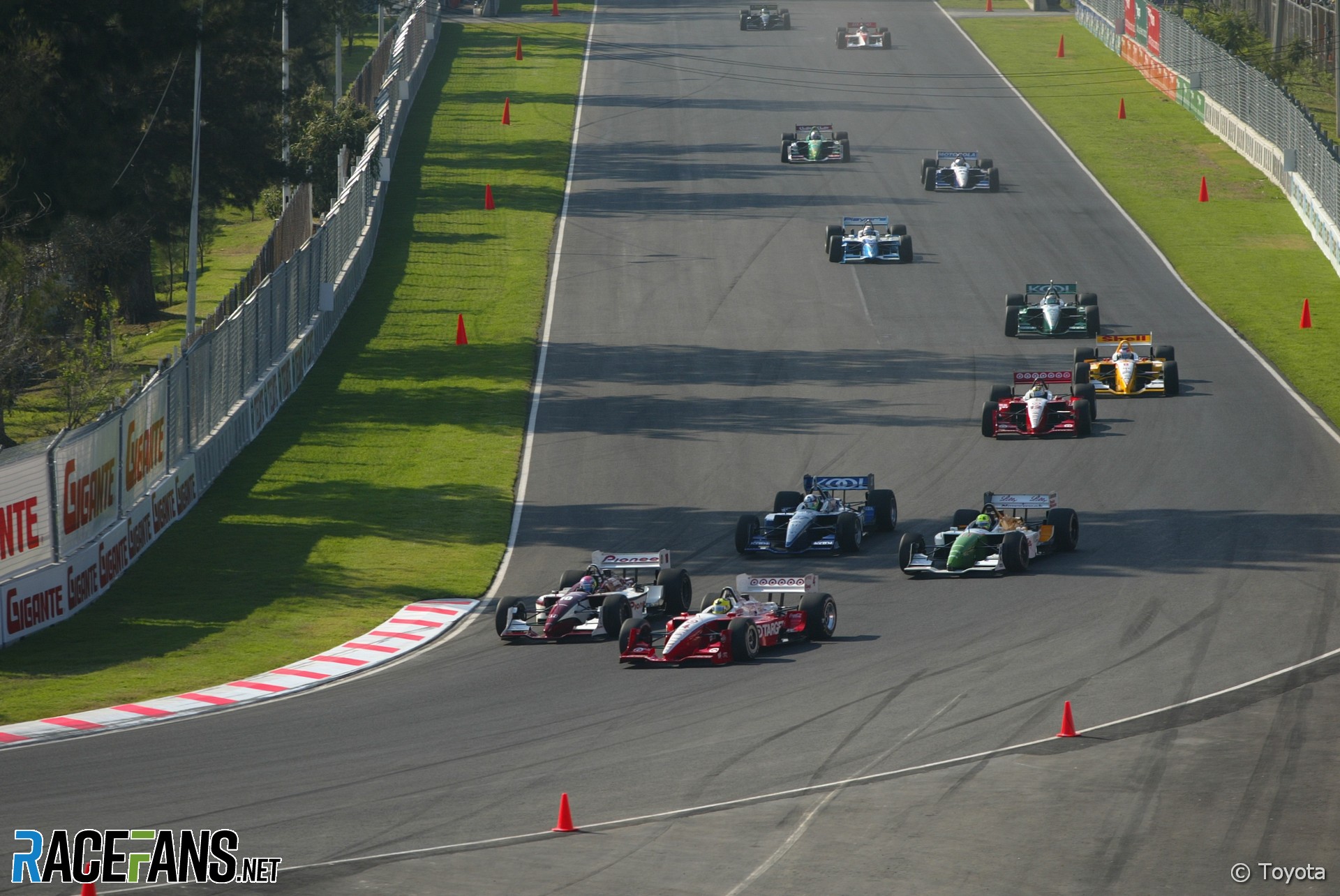 A dozen drivers largely drawn from Indycar’s famed CART era will compete in a new support event at the Mexican Grand Prix next week.

The drivers, who made their names in single-seater cars, will race closed-wheel machines powered by 500bhp V8 engines to do battle around the Autodromo Hermanos Rodriguez.

Bruno Junqueira (45), the 2000 International Formula 3000 champion and a three-times Champ Car runner-up, is the only South American on the grid. A trio of European racers complete the grid including former Formula 1 drivers Mark Blundell (56) and Max Papis (53), plus and ex-Formula E racer Oriol Servia (48).

The Mexico City venue is familiar to many of the racers, as it appeared on the Champ Car calendar from 2002 to 2007. Tracy won the 2003 edition of the race while Junquiera took pole the year before (pictured).

“Before hosting Formula 1 in Mexico, we used to promote the Champ Car World Series at the Autódromo Hermanos Rodríguez and it was as big as F1 [those] days,” said the grand prix’s general director Federico Gonzalez.

“Being able to reunite all these legends together for a one-time only event here in Mexico is a huge privilege for us and for the Mexican fans.”

Free practice for the Legends Cup will take place shortly after Formula 1’s first session on Friday, at 2:30pm, with qualifying preceding F1’s own qualifying on Saturday at 1:45pm, then with the 35-minute race starting at 11:05am on Sunday.