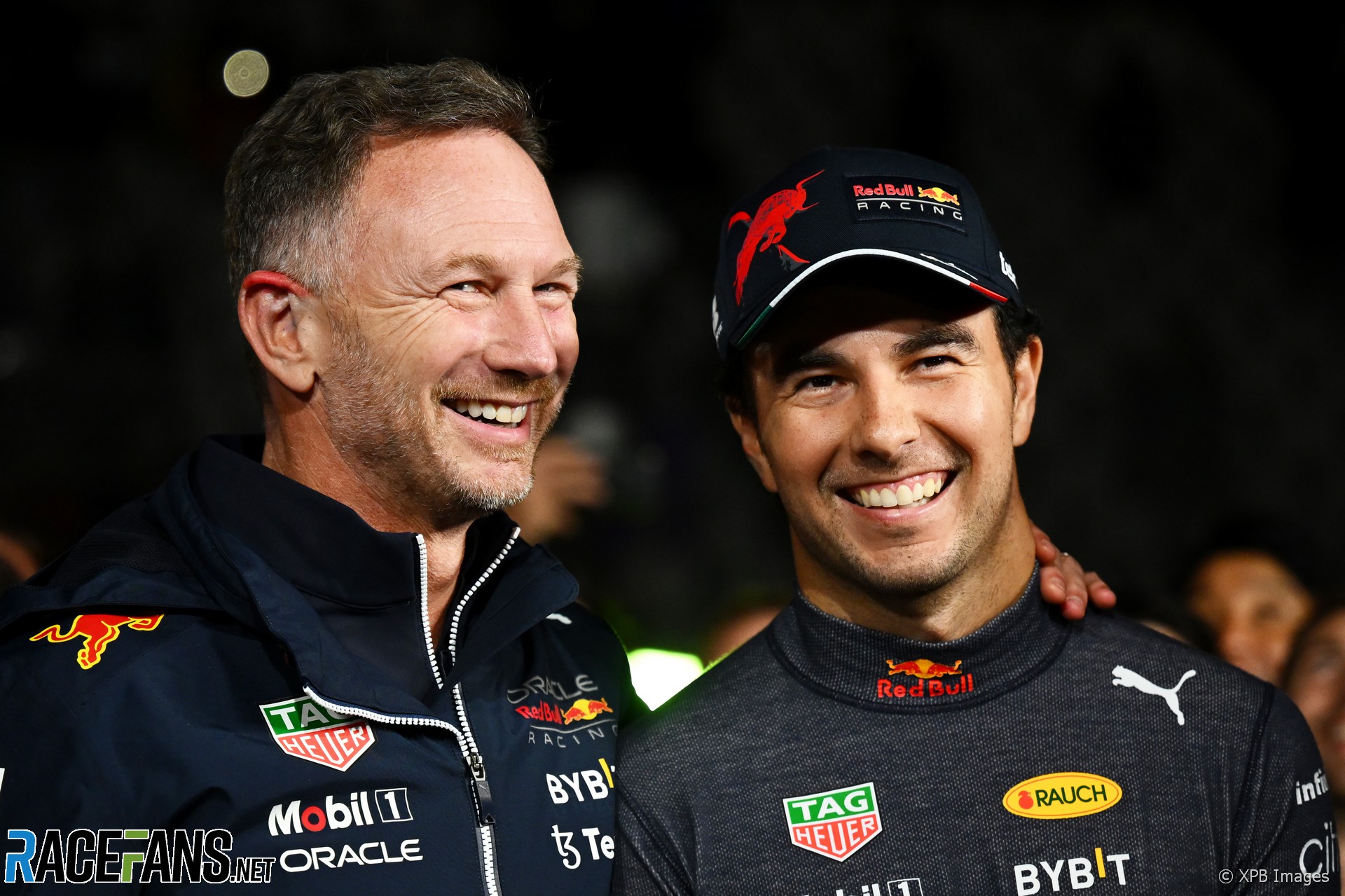 Red Bull team principal Christian Horner says that the team’s focus is now on securing the constructors’ championship and second place in the drivers’ championship for Sergio Perez.

Red Bull driver Max Verstappen secured his second consecutive world championship title last weekend at the Japanese Grand Prix. Having inherited second place in the rain-shortened race after a post-race penalty to Charles Leclerc, Perez currently sits second in the championship, just a single point ahead of the Ferrari driver.

Horner says that now the driver’s title has been won by Verstappen, the team will concentrate on beating Ferrari and Leclerc to both the constructors’ championship and second place in the drivers’ championship.

“The strength and depth that we have throughout the organisation is immense, and we’re just very proud of him, the team and obviously we’ll enjoy the moment. But focus quickly turns to the constructors’ side of the side of the tables and Checo securing that second place in the championship.

“With Checo finishing second as well, fantastic for him and his championship. For the constructors’, it’s big points as well, so absolutely delighted with the outcome.”

Perez had chased down Leclerc over the final laps of the race at Suzuka before the Ferrari driver made mistake into the final chicane on what would end up being the final lap. Leclerc missed the corner and then blocked off Perez on the run to the line, with the stewards quickly handing Leclerc a five-second time penalty after the chequered flag which promoted Perez up to second place and ensured that Leclerc was now mathematically out of contention for the championship.

“We felt we were going to be one point short, but in the end, Checo’s move on Charles nailed Max the championship,” said Horner. “So you could see his surprise, the team’s surprise. But what a wonderful surprise.”

“I think last year was such a heavyweight bout between two titans, and I think having achieved that world championship last year – it happened with Sebastian and it’s happened again with Max – it’s just taken that pressure off his shoulders of expectation and he’s just gone out and smashed it out of the park this year,” Horner explained.