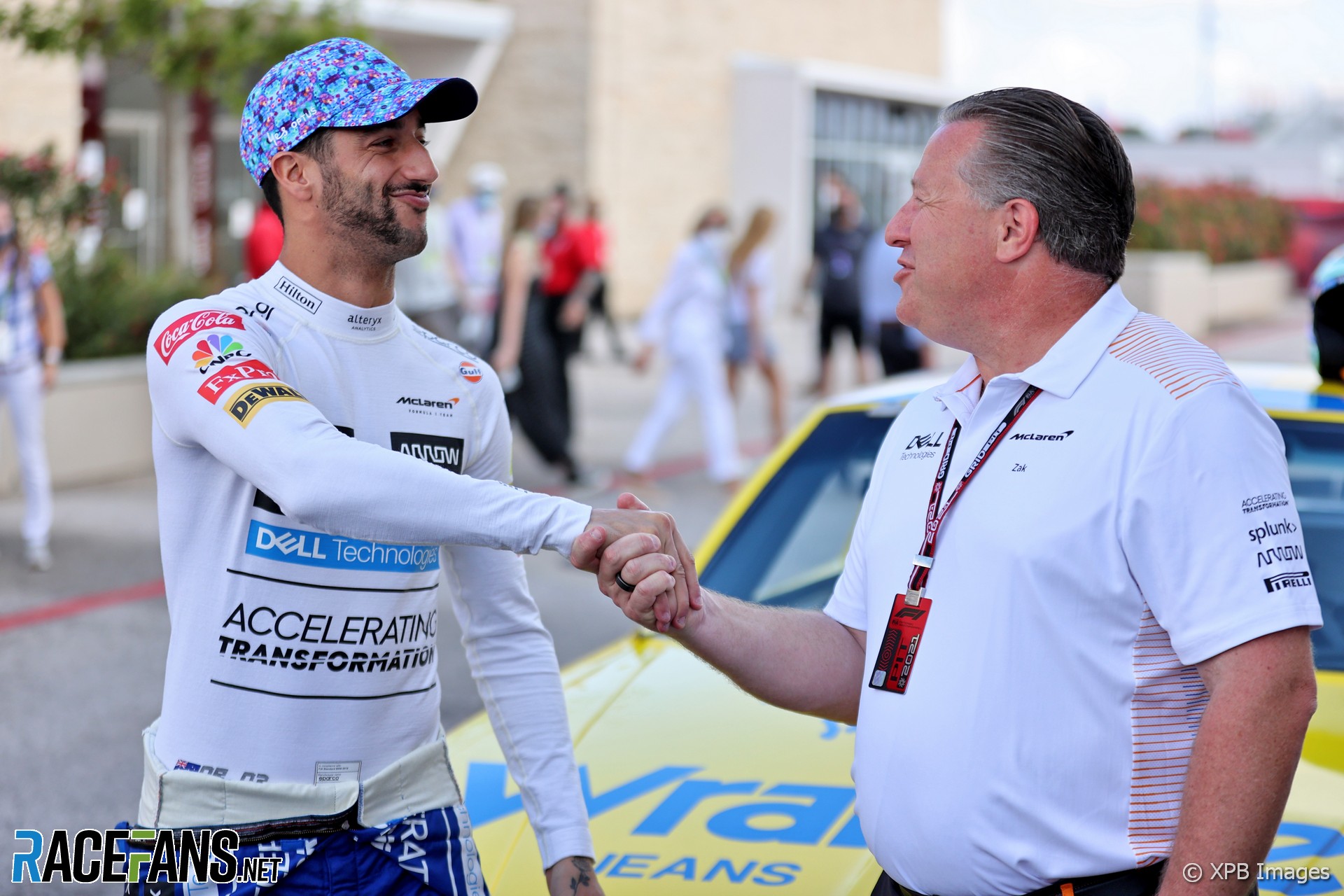 In the round-up: McLaren Racing CEO Zak Brown says he “hated” deciding to cut Daniel Ricciardo’s contract short having lured him away from Renault.

Ricciardo will leave McLaren a year before his contract was due to expire. Brown, who tried to bring Ricciardo into his team on one occasion before they eventually agreed terms for 2021, said he “hated” making himself cut Ricciardo’s three-year deal short as the driver struggled to perform at the team.

“It’s probably the toughest thing I’ve had in my time in motorsports, it wasn’t pleasant, not fun,” he told Kayo Sports.

Ricciardo has indicated he does not expect to compete in the 2023 F1 season.

Mike Elliott, Mercedes’ F1 technical director, says his team understands now what changes they need to make to their car design to eliminate its 2022 weaknesses, and how much of a performance gain is expected to be required to fight for wins again.

“Once you put that right, how much performance do you need to find and I’m obviously not going to give you a number because that would be giving a lot away, but I think it’s within the bounds of what’s possible to find,” he said. “So I think we’ve got to work diligently, work hard over the winter, but hopefully we can get ourselves back into a position where we’re fighting right at the front.”

Lotus has produced a limited edition of its Evija electric hypercar to mark the 50th anniversary of Emerson Fittipaldi’s first world championship success.

Eight of the 130 Evijas will be produced in a black-and-gold livery evoking the colours of the ground-breaking 72 which Fittipaldi took to the 1972 championship. Jenson Button was invited to test drive one of eight examples of the 2,000bhp-plus (1,500W) machine.

“It sounds like a jet engine,” the 2009 world champion enthused. “You think of an EV as quiet but it’s not. The torque is astronomical. It’s amazing, it puts a big smile on your face.”

'It has been confirmed this evening by Motorsport Australia that Australian former Formula 1 star and 2015 FIA World Endurance Champion, Mark Webber has been inducted into the Sport Australia Hall of Fame.'

'He might not have gotten to fight for the championship, but Caio Collet views his 2022 season as a vital one in his career. He finished the season P8 in the standings with two sprint race wins and a memorable pole position at Spa.'

IndyCar close to signing off on TV documentary series (Racer)

'IndyCar says it’s close to signing a deal that would bring it into reality programming with a docuseries in the same vein of Netflix’s Drive To Survive and the USA Network’s Race for the Championship featuring NASCAR’s Cup Series.'

We interviewed Drive to Survive fans about their F1 obsession (Netflix)

'Got into F1 because of the docuseries? You’re not alone.'

'Donington Park plays host to the 2022 GB3 title decider this weekend, with a season-long battle between Hitech GP’s Luke Browning and Fortec Motorsports’ Joel Granfors hanging in the balance'

'Andersen Promotions today unveiled a new moniker for the opening steps of the Road to Indy. Moving forward, the collective branding for the world’s most effective driver development programme will be known as the USF Pro Championships.'

Had never seen what a sprint car crash test looks like so this was an interesting video to bump into. https://t.co/KtzUPCI2EU pic.twitter.com/QKZAUB8ujK

A part of the team.

Here's what happened when we invited 12-year-old Yuri to spend qualifying with the team in our #F1 garage at the #JapaneseGP.

Tap below to watch more in the latest episode of INSIDER.

Representing Team Malaysia in the 2022 @fiamotorsportgames in Formula 4 🇲🇾

I will be racing in what’s considered the Olympics in Motorsport against the best drivers from over 20 countries for a gold medal and a €10,000 Prize in France. pic.twitter.com/oWOmG3cncR

The FIA’s unprecedented handling of last year’s season finale makes the prospect of four dead rubber races a curious one for Jim:

I have no idea why the FIA is bothering with the final 4 races. Last year’s ruling in Abu Dhabi showed that the winner of the WDC is all that matters.

We have a winner already. Just shut it down and save the money. Positions 3-10 were given no opportunity to race to the finish and that was upheld as legitimate interpretation of the rules. Just a farce.
@Jimfromus

Happy birthday to Fer No. 65, Sebastiaan Huizinga and Carlos!