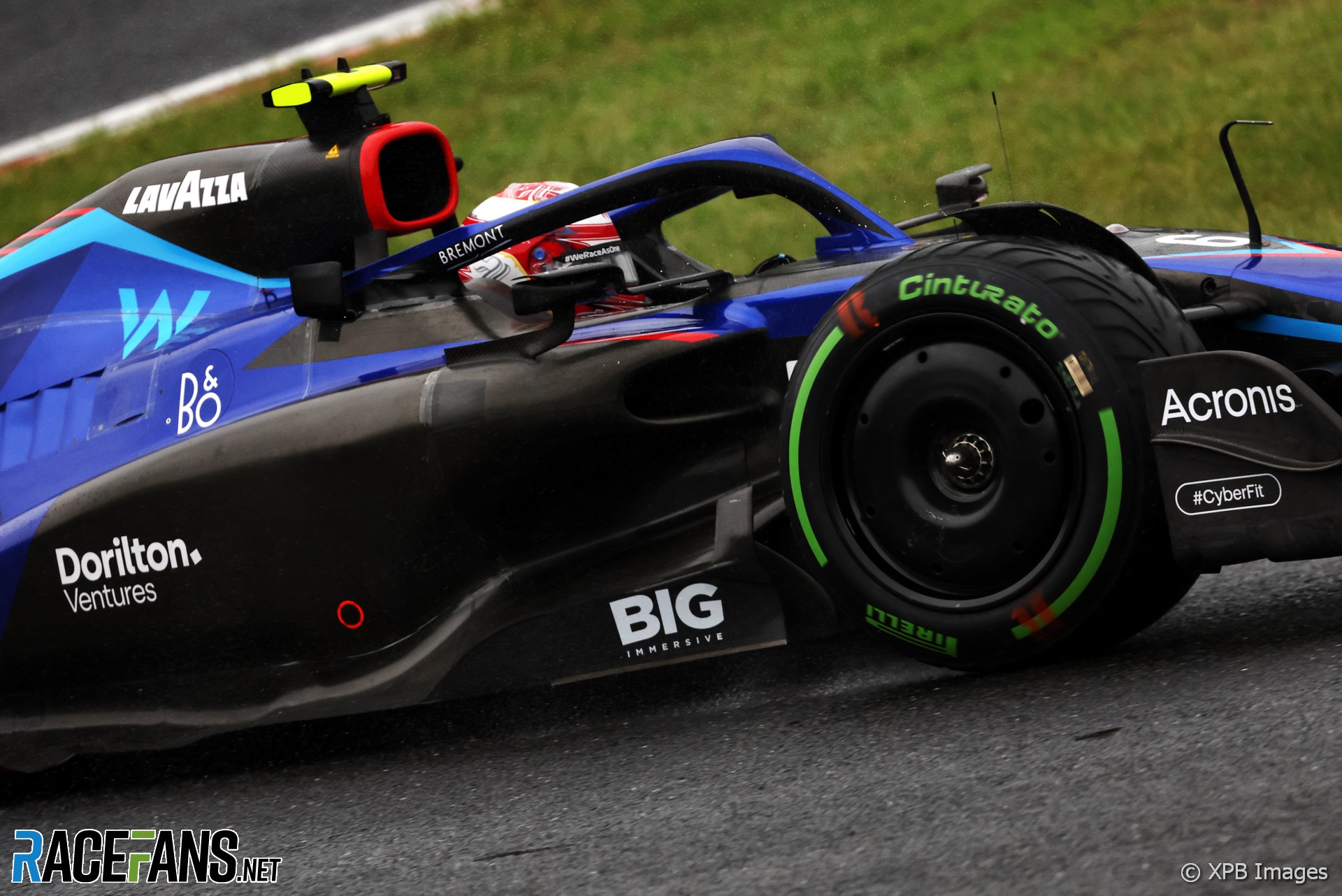 A delighted Nicholas Latifi scored his first points of the season in the Japanese Grand Prix after he successfully gambled on making an early switch to intermediate tyres.

The Williams driver, who has already learned he will be dropped by the team at the end of the season, worked his way forward from 19th on the grid. He moved up to 14th place at the start, then was one of the first drivers to pit to replace their full wet weather tyres.

He ran as high as eighth at one stage but was unable to keep George Russell behind him and finished ninth. However that delivered his first points score for more than a year.

He said the early pit stop was key to his result. “We made the right decision to pit straight away for the inters which was critical in jumping the cars ahead of us,” said Latifi.

“I struggled at the end with the front tyres but I’m extremely happy to hold on and get my first points of the season. Overall, I’m really happy for the team and it’s a nice morale boost.”

Latifi took the chequered flag narrowly ahead of Lando Norris’s McLaren. The team’s head of vehicle performance Dave Robson said the driver played a role in the decisive tactical call.

“Nicky did an excellent job in tricky conditions,” said Robson. “He was part of the decision to make the early switch to intermediates and this paid handsomely as he soon got into a potential points scoring position.

“Although Russell was able to overtake, Nicky had the measure of the McLarens and managed his car really well to collect his first points of the season.”

“It’s definitely a shame as I felt like today was a chance to maybe score some points,” he said. “I actually had a very good start and was really pleased with it but then with the visibility being so poor, I couldn’t see the car next to me. I couldn’t even see the track.

“I had a light touch with Kevin but where we hit it touched the radiator, we lost water pressure and it was leaking, so we had to stop the car.”