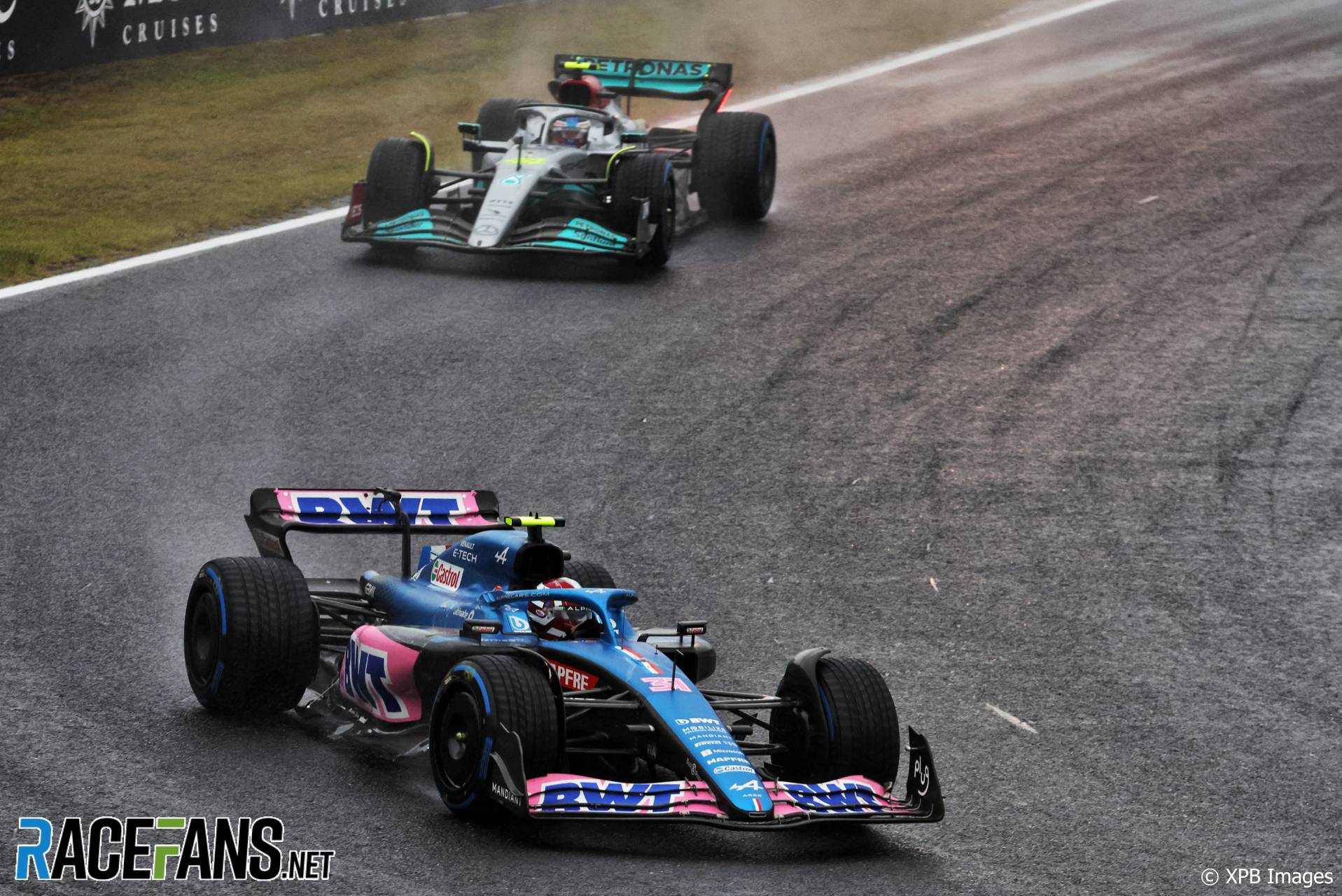 Several Formula 1 drivers continued racing at full speed after the chequered flag was shown at Suzuka as their teams were unsure whether or not the race had finished.

The Japanese Grand Prix was badly disrupted by rain and ended with only 28 laps of the original 53 being completed due to the three-hour maximum race time limit expiring.

Under the F1 sporting regulations, time-limited races are supposed to conclude “at the end of the lap following the lap during which the two hour period ended.” Winner Max Verstappen began the 28th lap with just seconds left of time remaining. However when he completed the lap he was shown the chequered flag rather than commencing the final lap.

Many teams were caught out by the unexpectedly early end to the race. They included Red Bull, who told Verstappen he had begun his final lap after he crossed the line before telling the winner that the race was over halfway through the cool-down lap.

Ferrari also told Charles Leclerc he had begun the final lap after he had actually finished the race. However Ferrari’s recently-introduced automated radio message system played its “chequered flag” message when he crossed the line, helping the team to realise their mistake.

As the leaders began to back off with the race over, some drivers behind them continued to race at full speed in the belief they were still racing for position. When Sergio Perez, who was third across the line, backed off, he was caught by Esteban Ocon and Lewis Hamilton who continued to race after taking the chequered flag. The pair were surprised when they encountered the Red Bull driver who had finished the race 12 seconds before them.

Fernando Alonso was also involved in an intense battle over sixth position with Sebastian Vettel. The pair crossed the line side-by-side, Vettel claiming the position by a hundredth of a second.

But Alonso carried on racing and completed two sectors of the cool-down lap at speed before being told to back off and return to the pits.

“It was very chaotic for everyone,” said Alonso after the race. “Even the last lap, we didn’t know if it was the last lap or not, so it was very difficult for everybody.”

McLaren team principal Andrea Seidl said his team were surprised other drivers remained at racing speeds after receiving the chequered flag on the timing screen.

“From our side, it was pretty clear what had to happen there,” Seidl said in response to a question from RaceFans.

“For us it’s clear – we saw the chequered flag and if it’s out, then you respect it. But we saw that Max kept pushing, so we went on the safe side until we had clarity.”

Ocon and Hamilton take the chequered flag in fourth and fifth positions, but the Alpine driver keeps racing:

Behind him, Hamilton is also still pushing:

The pair back off when they catch Perez and Leclerc, then start to push again: