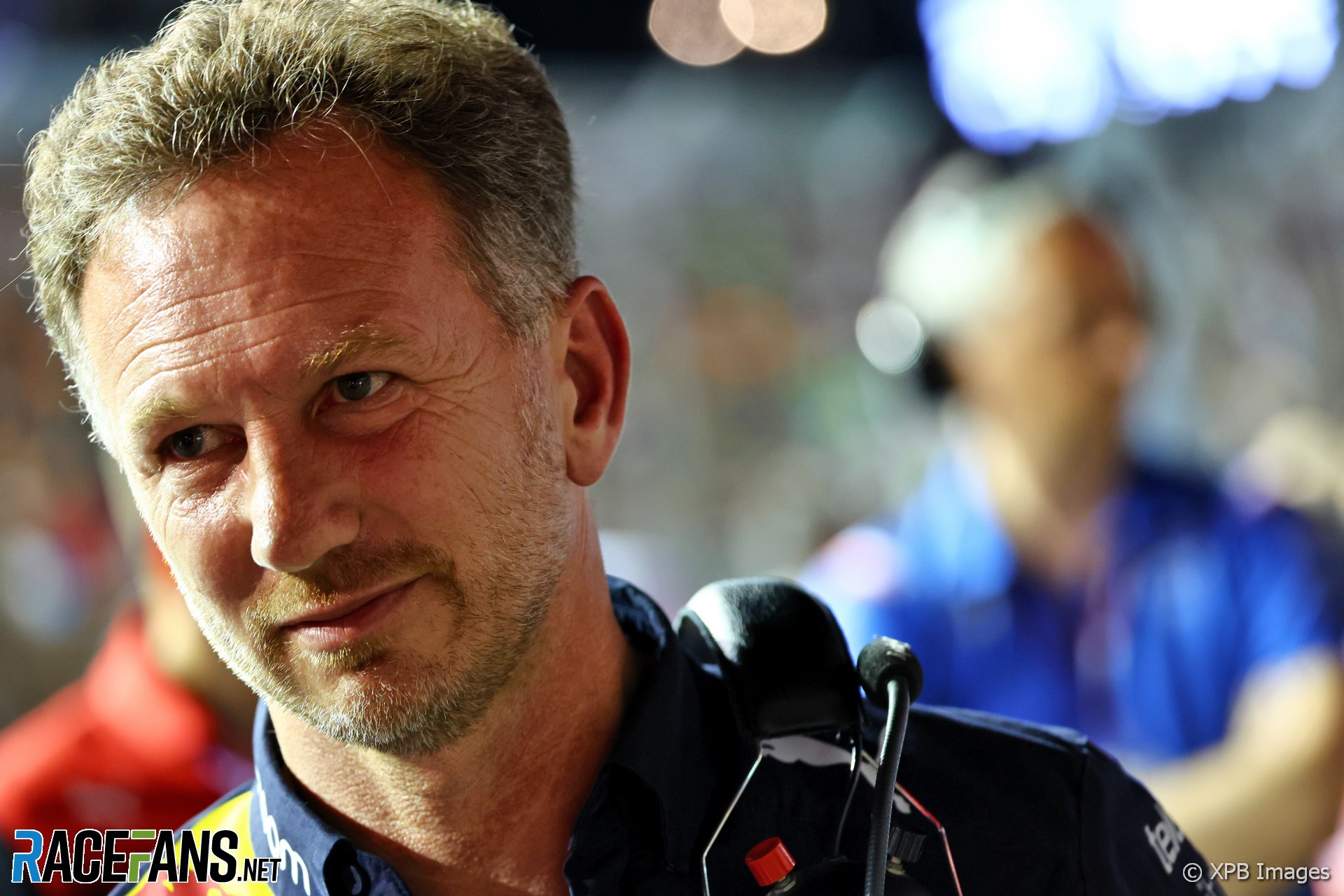 Red Bull team principal Christian Horner criticised the length of time taken by the stewards to confirm Sergio Perez as the winner of the Singapore Grand Prix.

The stewards announced before the race was over they would rule on an investigation into Perez’s driving after the chequered flag. Red Bull duly warned him he could face a penalty, and Perez pulled out a seven-and-a-half second margin over second-placed Charles Leclerc at the flag, to reduce the impact of any penalty.

The investigation concerned whether Perez had fallen too far behind the Safety Car when it appeared on two separate occasions during the race. The stewards eventually handed Perez a reprimand and a five-second penalty, which meant he kept his win.

Race director Eduardo Freitas warned Red Bull at one stage that Perez had fallen too far behind the Safety Car. The race leader is required to keep within 10 car lengths of it until its lights are extinguished ahead of a restart.

However Horner doesn’t believe the Perez’s infringement was serious enough to deserve a penalty. “The Safety Car could have been a real stumbling block but how many times have we had to deal with a Safety Car lap and how many precedents are there?” he said.

“For us, this time, it really was a non-issue. The stewards took their time with it, but they reached the right decision. It would have been a incredible shame to have taken that victory away from Checo.”

Horner praised Perez’s performance on his way to his second victory this year. “It was a massive result for him and we are super-proud of him,” he said.

“That was world class from Checo,” he added, “it is right up there as one of his best drives. He was always fighting and even though he had a lot thrown his way he managed to stay on top.”