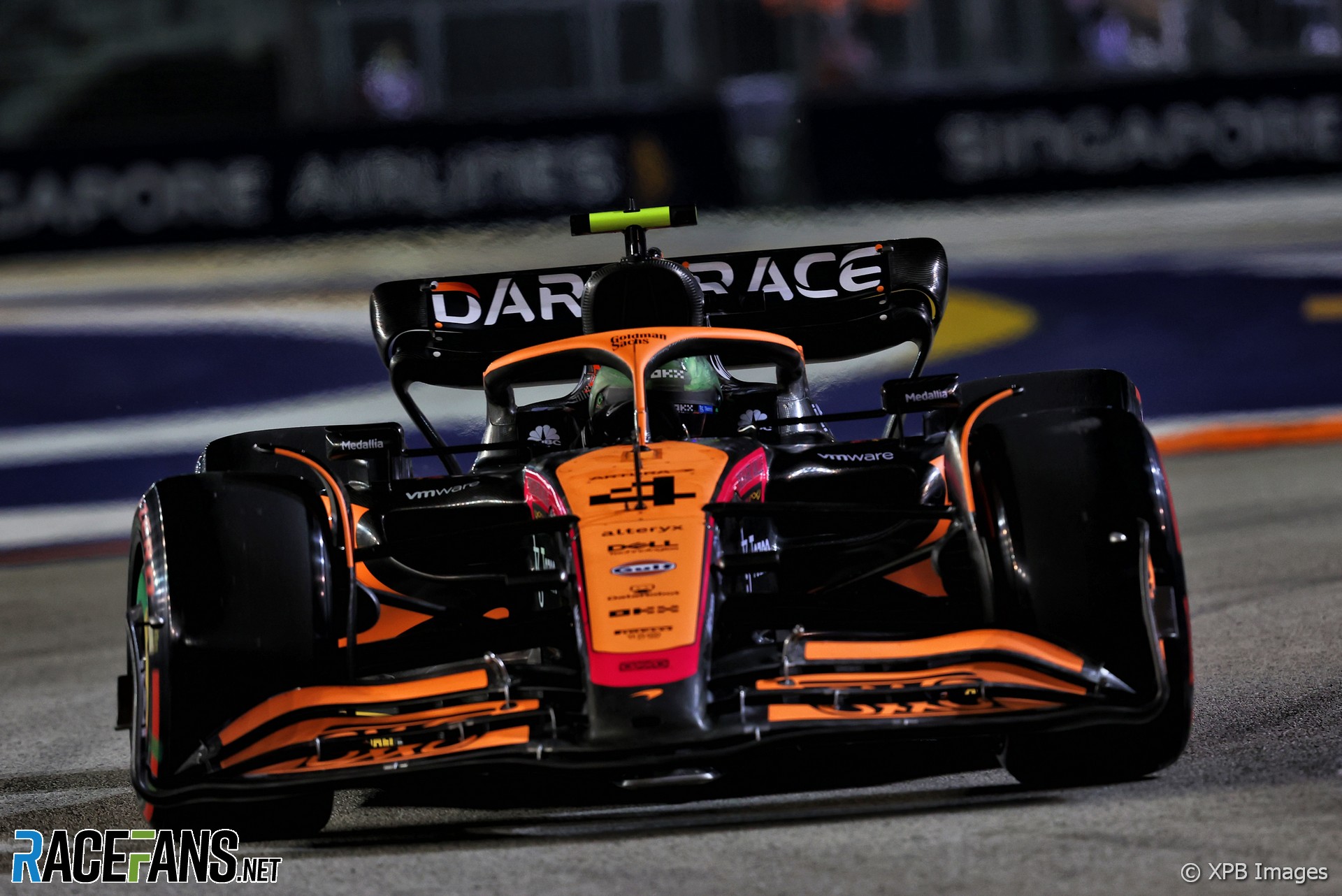 Lando Norris says he is not feeling too confident about McLaren’s prospects in the Singapore Grand Prix after the first day of practice.

Norris was 11th quickest in the second practice session around the Marina Bay street circuit, with team mate Daniel Ricciardo down in 18th place. Norris admits it is looking like a challenging weekend for the McLaren team on the basis of Friday’s running.

“It’s looking tough,” Norris said. “We’re a long way off Alfa Romeo, a long, long way off Alpine. So looking like one of the tougher weekends, which is a shame, but it’s the way it is.”

Despite the MCL36’s lack of performance around the Singapore circuit relative to their midfield rivals, Norris believes there is more speed possible to extract from the car.

“We will maximise it and do the best we can with the car we’ve got and the performance we have this weekend and we’ll keep pushing,” he said. “That’s all we can do for now. Some small things to hopefully find tomorrow. We can still go for it, it’s just not looking as easy as normal.”

McLaren have brought a raft of new and modified parts to run for this weekend, far more than the other nine teams on the grid. Norris says the newly developed parts have be created with 2023 in mind, rather than to try and improve their overall pace for this weekend and the remaining rounds of this season.

“Like I said yesterday, to the media, it’s not an upgrade,” explained Norris. “It’s just a different car but that performs at a very similar level.

“We weren’t expecting like a big step or to go much quicker or look more competitive today. It’s a car which will hopefully allow us to unlock more in the future into next year. Again, it’s not a short term thing – it’s more of a long term thing. But it’s been working well and as we expect, it’s just trying to learn about it a little bit and try to unlock some small things for tomorrow.”