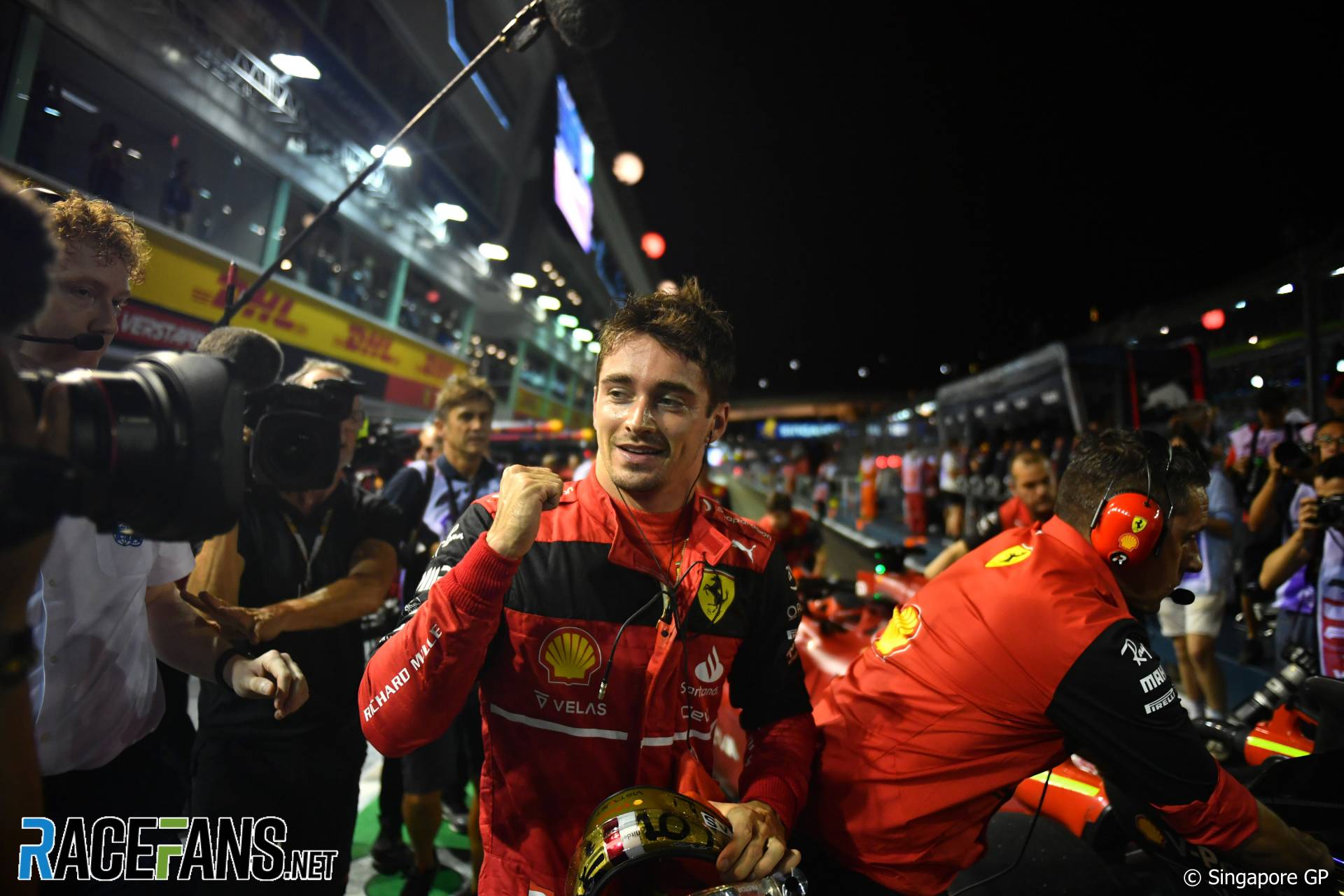 Charles Leclerc said he was very happy to take pole position for the Singapore Grand Prix after a series of problems during the first two days.

The Ferrari driver endured a disrupted day of running yesterday. The qualifying session was complicated by rain which left the track surface wet and it was slow to dry.

After completing the first two phases of qualifying on intermediates, Leclerc was set to continue using them in the final phase, but decided at the last moment to join Max Verstappen and Carlos Sainz Jnr in running slicks.

“It’s been a very tricky qualifying,” said Leclerc. “Q1, Q2 with the inters then in Q3 we didn’t really know what to do. We went with the soft at the very last minute and it paid off.”

Leclerc thought he had ruined his final qualifying effort after making a mistake at turn 16. “It was really tricky,” he said. “I did a mistake in the last lap so I thought we wouldn’t get pole but it was just enough so I’m really, really happy.”

He was especially pleased with the result after a series of problems with his car limited his running on the first day.

“I’m very happy with today’s result especially considering the Friday that we’ve had,” he said. “We’ve had very limited amount of laps yesterday for some issues but we recovered well.

“We don’t have much data for the race run but if we do the perfect race I’m sure we can win.”

Leclerc took pole position for the previous race at the track in 2019. He said his ninth pole position of the season was “really, really special.”

“Every qualifying in street tracks are super on-the-limit,” he said. “Even more when it’s damp like that, there are some parts of the track that are damp like that so you lose the rear.

“But overall I managed to do quite a clean lap and it worked well.”