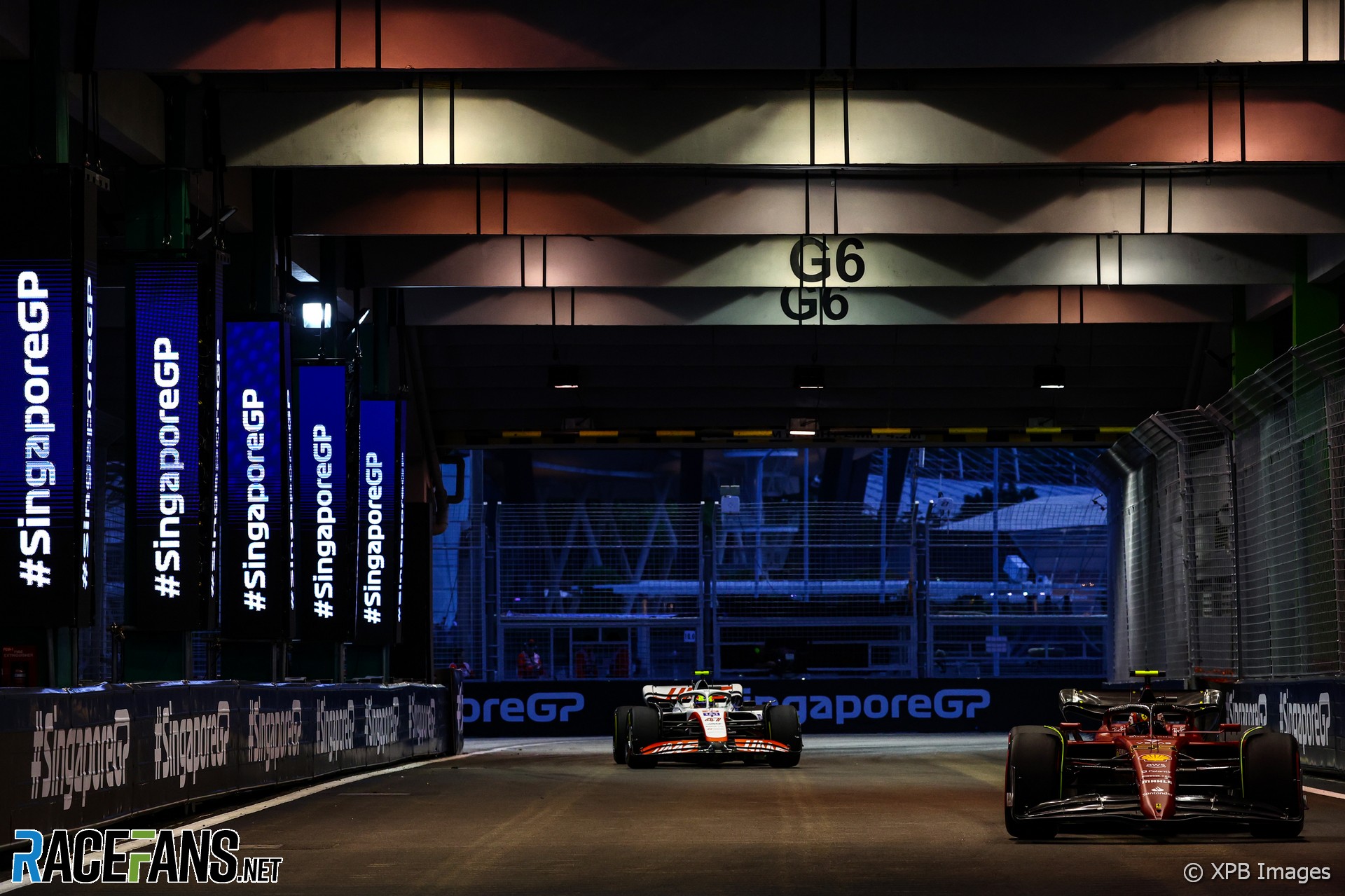 The two Ferraris of Carlos Sainz Jnr and Charles Leclerc were fastest in the second Friday practice session for the Singapore Grand Prix.

Sainz’s best time of a 1’42.587 was two tenths of a second quicker than his team mate, with George Russell a further tenth behind, just ahead of Max Verstappen.

Despite the sun having set between the end of first practice and the start of the second session, the temperatures had hardly changed by the time the second hour of practice got underway around the Marina Bay street circuit.

After being quickest in the opening session, Lewis Hamilton set the early benchmark of a 1’44.091 on medium tyres, half a second ahead of Fernando Alonso and George Russell in the other Mercedes. Russell, who gently nudged the barrier at turn 12 in the opening practice session, almost committed the same mistake in the early minutes, but managed to avoid contact with the wall.

Max Verstappen remained in the garage for the first third of the session, with Red Bull working on the front of his car. Pierre Gasly brought out the yellow flags briefly when he overshot the entrance of turn 18, but managed to reverse out and continue.

Gasly had a scare in the pit lane when flames suddenly erupted from the airbox of his AlphaTauri after he made a seemingly routine return to the garage. A small fire burst from the air intake on top of the car as Gasly was being wheeled back into the garage, but was quickly extinguished by fast-acting Aston Martin mechanics in the adjacent garage. Gasly was eventually sent back out after AlphaTauri assessed the car.

In the second half of the session, teams focused more on long run pace, with the two Ferraris remaining at the top of the times. In the final minutes, Verstappen took to the track on soft tyres, moving to fourth fastest, three tenths slower than Sainz’s best time. With no further improvements at the front of the field, the chequered flag flew with Sainz ending Friday as the fastest driver, two tenths ahead of team mate Leclerc.

Russell was third fastest for Mercedes, ahead of Verstappen and team mate Lewis Hamilton. Esteban Ocon and Valtteri Bottas were sixth and seventh, with Alonso, Sergio Perez and Lance Stroll completing the top ten.