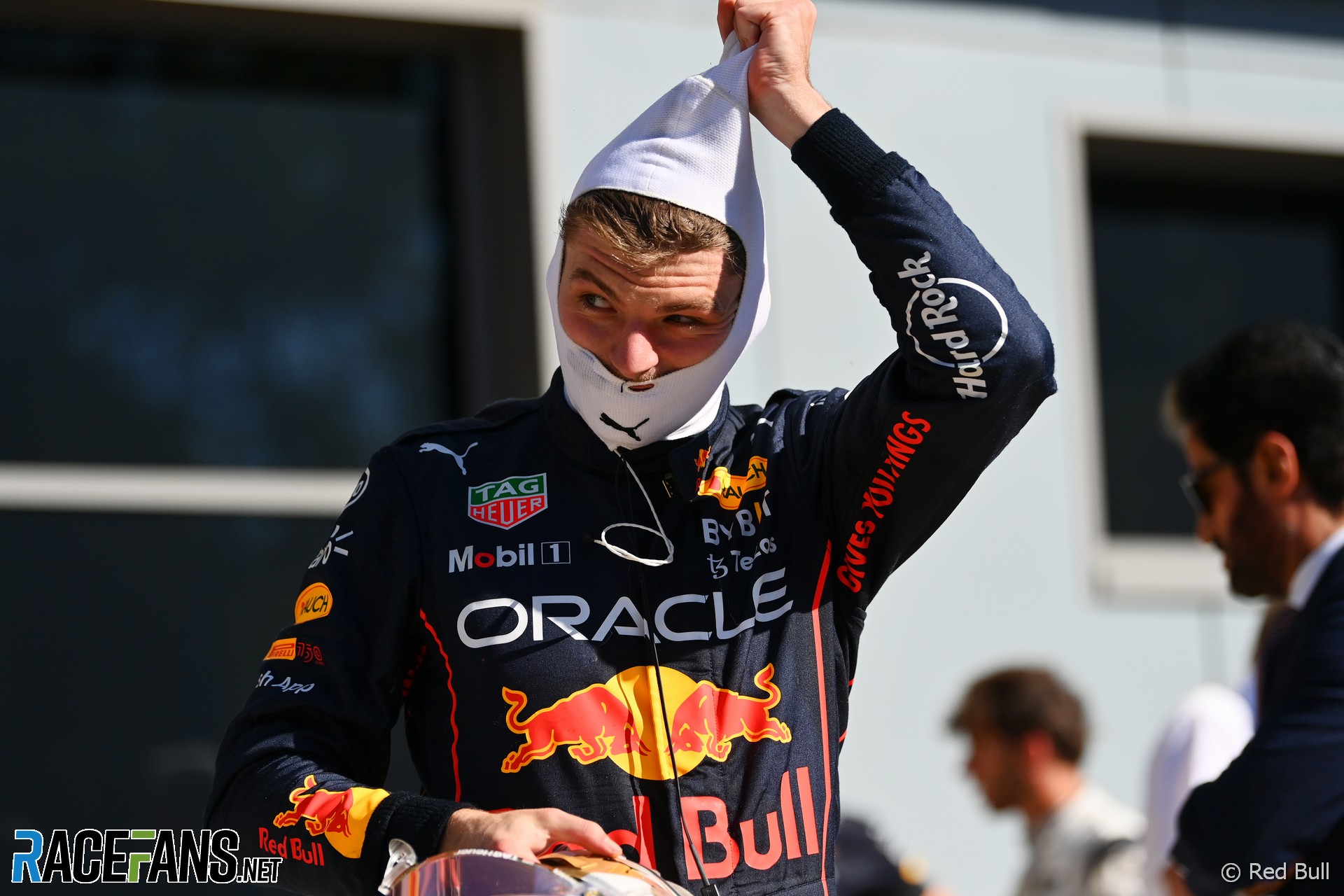 Max Verstappen, who can clinch the Formula 1 world championship at the next round in Singapore, has been given an even higher rating in the latest edition of the series’ official racing video game.

Codemasters have increased the Red Bull driver’s score to 96 out of 100 in the second update to its ratings for F1 22. Verstappen and his 2021 championship rival Lewis Hamilton were were both rated at 94 when the game first came out. The Mercedes driver’s rating is unchanged, keeping him in second place.

Behind him Charles Leclerc has been restored to third place ahead of George Russell, reversing a change made by the previous update. Fernando Alonso’s score has increased to 90, putting him tied with Lando Norris in fifth place.

Larger performance swings have occured further down the ratings, notably between the two Alfa Romeo drivers. Valtteri Bottas’s score has fallen again, to 83 points, while team mate Zhou Guanyu has been given another bump in his rating, and is now on 78. What was an 18-point gap between them when the game was released has therefore fallen to five.

Zhou’s increase leaves Nicholas Latifi with a score 10 points less than any other driver in the field. The Williams driver, whose impending departure from the team was announced last week, has seen his score drop twice since F1 22 went on sale.