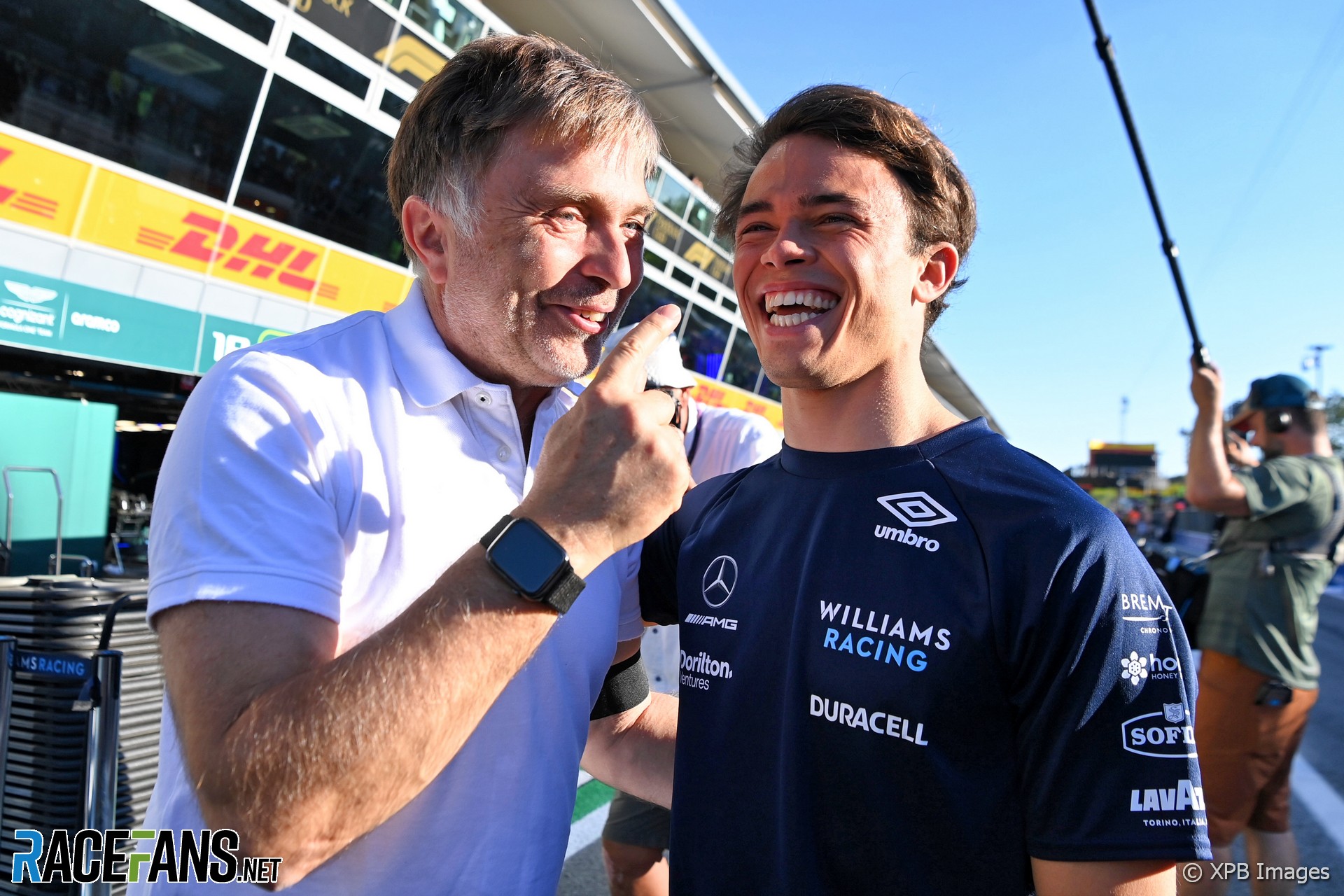 Nyck de Vries hopes to land a full-time drive in Formula 1 next year after his widely-praised debut last weekend, but says “it’s not only merit” that will determine whether he gets the chance.

The Williams substitute has won the Formula 2 and Formula E titles since joining Mercedes in late 2019. He gained F1 mileage with the marque and its engine customers, but had been overlooked for a race seat until last weekend.

While on Mercedes reserve duty at Monza, de Vires got a last-minute call-up to stand in for the unwell Alexander Albon and starred by reaching Q3 and scoring points for ninth place. The result immediately lifted his F1 stock and has thrust him into contention for a 2023 drive.

“I think this weekend has been a good performance, but we’re always expected to perform and do a good job and it’s not up to me to decide any driver line-up,” de Vries said of how his debut may influence his future.

“This world is very volatile and it’s not only merit [that] counts. It’s out of my control.

“But this, no one can take away from me. Regardless what happens in the future, whether I’m here or not, I can still look back on a proud debut and first moment in F1.”

While joining Albon at Williams appears to be the likeliest destination for de Vries, Alpine is also thought to be interested in his services to fill the seat Fernando Alonso will vacate at the end of the season.

“I might need to prepare a PowerPoint,” de Vries joked – referring to how George Russell convinced Mercedes to take him on as a junior driver – when asked about Alpine’s interest.

“Any time you’re in the car, you’re expected to do a good job. And every time you get the chance to drive a F1 car, that is a kind of job interview and audition.

“You’ve got to take those opportunities, but you also have to use them sensibly, because there’s always a trade-off between doing too much and too little. But I am just grateful that it worked out well and it played in our hands, we took some points and it was a great performance and no one can take that away from us.”