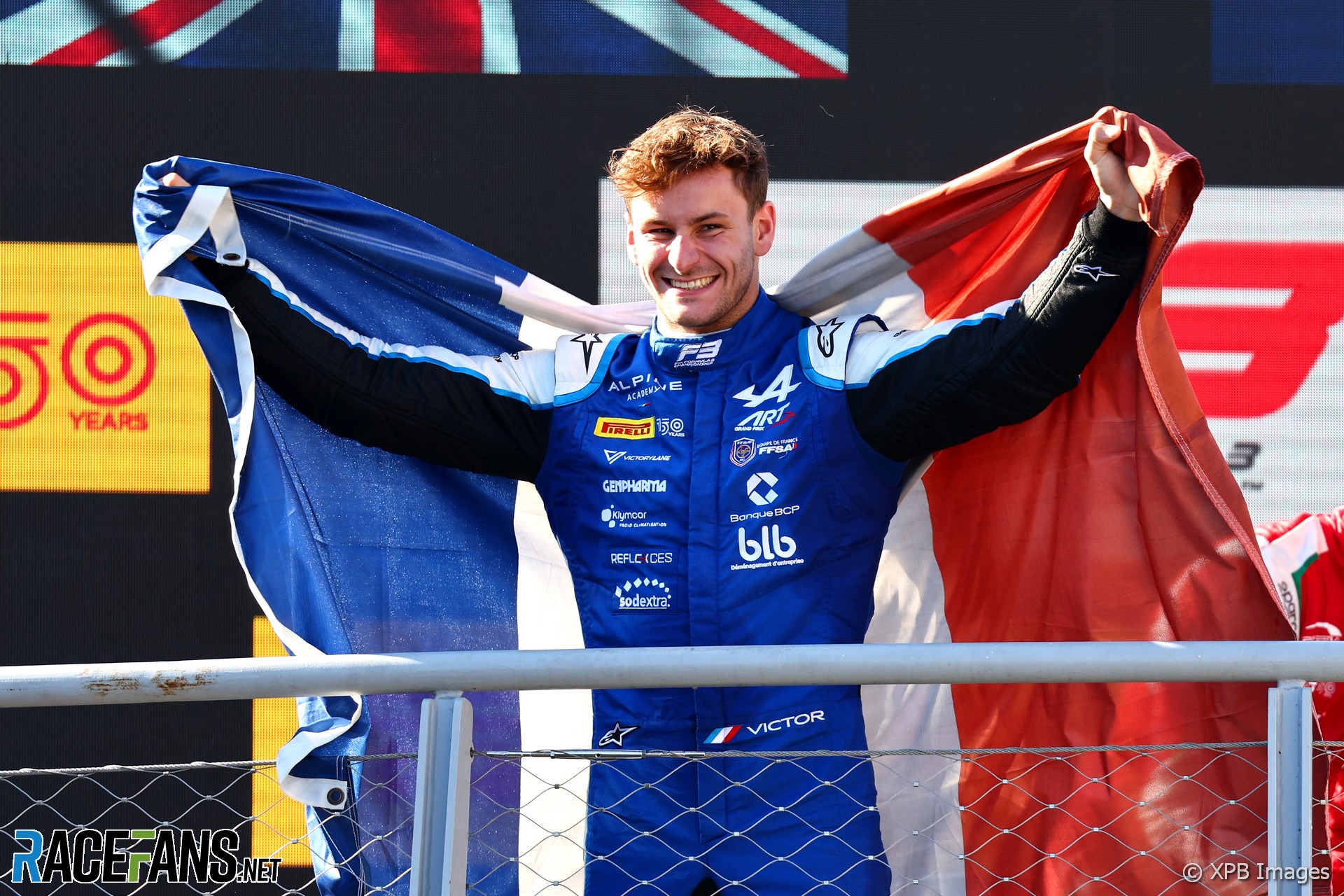 Following his triumph the ART driver paid tribute to his late friend, who was killed in a Formula 2 crash at Spa-Francorchamps the year after his title success.

“I knew him for four years, I had been working with him with Renault at this time we were doing training camps in Enstone, also in France,” said Martins.

“What happened in Spa, two weeks before I was with him for seven days, I was keeping with him on the bike. I had been spending a lot of time with him and so I could see the professionalism of Antoine, how he was dedicated to motorsport.”

Martins said he tries to carry Hubert’s attitude in his racing and dedicated his title win to him.

“I know he didn’t have also the easy way to go to to F1,” the F3 champion said. “I remember when he won the GP3 title, like I am now, he was actually struggling to get into a good team and to have the chance to show his full potential.

“He was actually really, really doing well with the team he was in and I want to keep that, his passion for the sport, taking pleasure all the time.

“He was always smiling, even if it was not good. So I want to keep that. Of course, I had him on my helmet, I really wanted to cross that finish line and show the camera that I did it for him. But I don’t [need] to show to anybody, I just want to feel it and do it for him.”