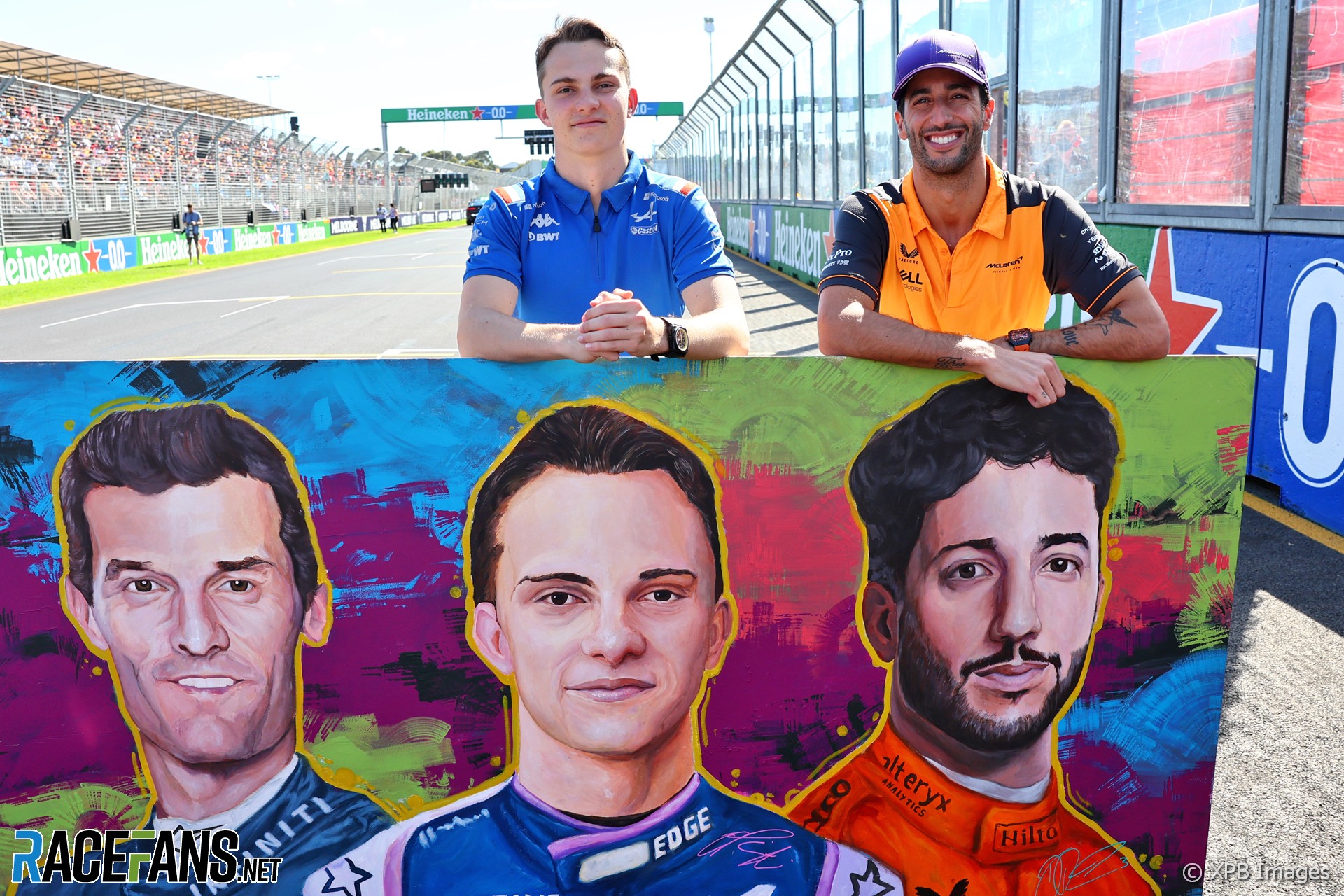 Daniel Ricciardo revealed he has spoken to the driver who will take his place at McLaren next year after the team’s decision to end his contract a year early.

As well as clearing the air with Oscar Piastri, Ricciardo also spoke to his manager Mark Webber, who engineered the rookie’s arrival at the team.

Piastri signed a contract with McLaren on July 4th. The team subsequently agreed terms to cut Ricciardo’s deal short, which was announced in late August.

Ricciardo said he felt Webber wanted to apologise for the circumstances in which he’d lost his seat. “We hadn’t seen each other in person, so he wanted to basically just – I feel he didn’t need to, but he felt like he wanted to, in a way – apologise and try to just see how I’m doing,” Ricciardo revealed following last weekend’s Dutch Grand Prix.

“Obviously I know how this sport is, it’s nothing personal to me and he wanted to make sure that I knew that and understood that, and just to make sure that I felt okay. He feels really bad, obviously, how it’s gone down and how things are put out there in the media.

Webber‘s F1 career ran from 2002 to 2013. Following his retirement, while driving for Red Bull, Ricciardo took his place at the team.

“It was nice to speak to him,” Ricciardo continued. “I’ve also spoken to Oscar, and just made sure that there’s no bad feelings there. I understand how this works and he’s trying to make it, he’s trying to get into Formula 1 and this moment should be also really big for him. I don’t want to make it a bad situation for him, and that’s that, it’s nothing personal.

“So that’s all the conversation was and I truly do wish him well, I want him to have a good run in F1, so it’s just the circumstances and that’s how it is but I still obviously like Mark a lot and respect him.”

Ricciardo became a grand prix winner with Red Bull but left the team for Renault in 2019. Last year he switched to McLaren on a three-year contract, winning in his first year but otherwise being out-performed by team mate Lando Norris.

That prompted McLaren to find a way of ending his contract early. Piastri joined Renault’s young driver development programme while Ricciardo was at the team, and this year was made available to McLaren as their reserve driver in addition to being Alpine’s.

Ricciardo said he “wanted to wish him well” when he spoke to Piastri. “What we spoke about is private, but also it doesn’t bother me saying it, I wanted to tell him that there’s no hard feelings because if there’s no communication, you never know what someone’s feeling or thinking.

“Obviously he’s a lot younger than me, so I don’t know maybe how he feels, if he’s nervous to reach out and see how I’m doing. I wanted to make sure that it was clear that I understand his position and absolutely no hard feelings.

“I think it made him feel better and I think it was the last thing he wanted, was to have some weird tension between a few of the only Australians that have ever been in this sport, so I’m glad that we’ve done that.”