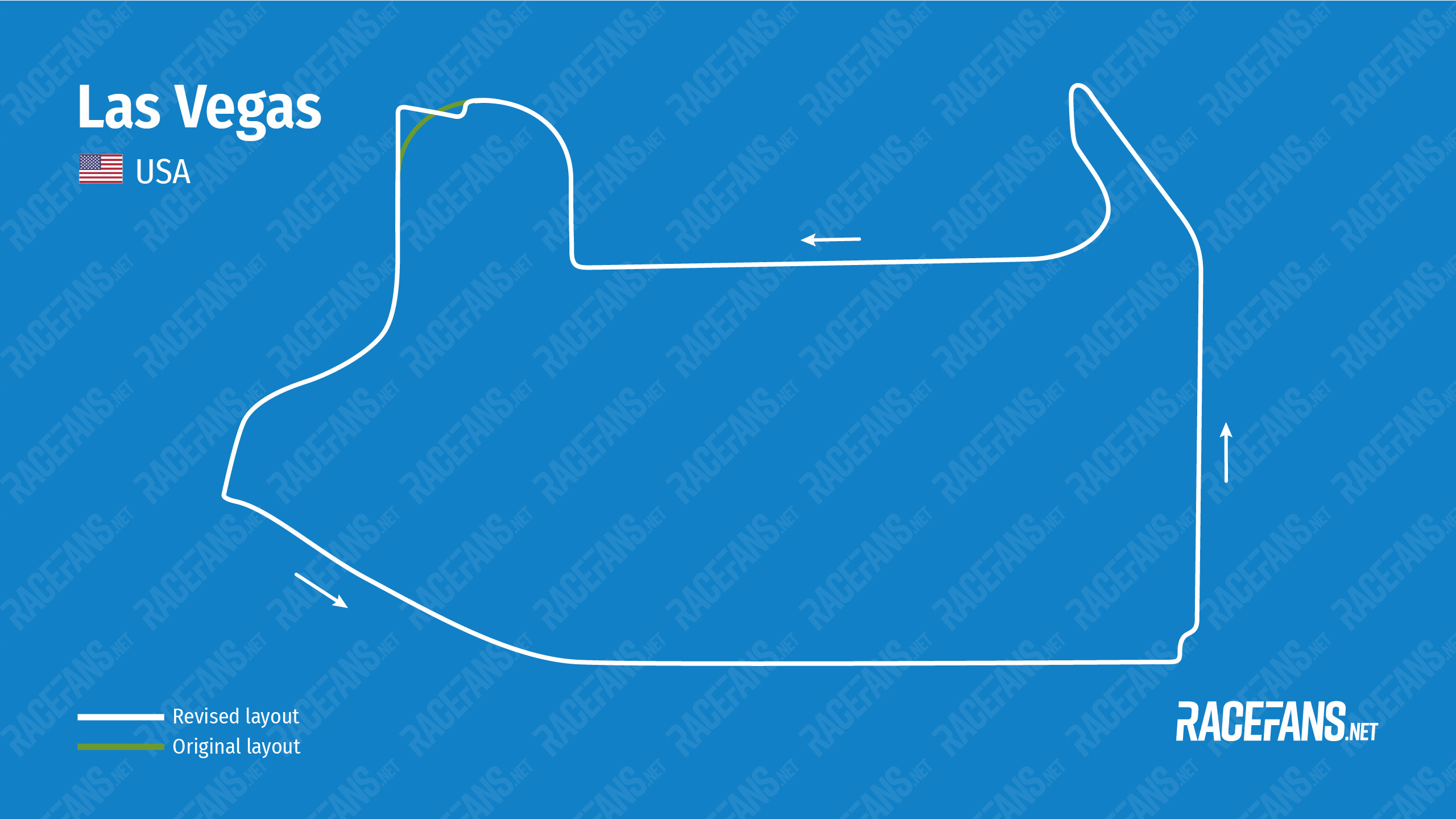 The Las Vegas Street Circuit, which Formula 1 will race on when the series returns to the city next year, has been revised according to updated imagery issued by the promoters.

The total number of corners on the track has increased from 14 to 17 due to the addition of a new chicane.

The left-right corner combination has been inserted in the middle of turn six, which was originally intended to be a continuous, 180-degree bend. The cars will then briefly head straight on before reaching another new corner, turn nine, a tight left-hander. The rest of the track is unchanged.

From there the cars will rejoin the original route. The change is likely to reduce approach speeds to the re-numbered turns 10, 11 and 12 (previously turns seven to nine). The latter is the final corner before cars reach the famous Las Vegas strip.

This signature section of the track will see the drivers stay flat-out for almost two kilometres as they pass a number of famous Las Vegas landmarks. The promoter continues to quote top speeds of 342kph (212mph) for this section, but F1 drivers have predicted that could increase to 370kph with DRS activated and slipstreams from other cars.

The length of the circuit is largely unchanged by the alteration, according to the promoters. Its length remains approximately 6.1 kilometres (3.8 miles), meaning the grand prix distance will be 50 laps. They indicated it will have two DRS zones.

A leak last month indicated F1’s first race in Las Vegas for more than four decades has been given a mid-November date on the 2023 F1 calendar.

50 Laps. 17 Corners. 3 Straights. 2 DRS Zones. Our 3.8 mile track will weave past world-famous landmarks, casinos and hotels cutting through the neon heart of the Las Vegas strip. Drivers will push their luck to breaking point at speeds of up to 212 mph. #LasVegasGP #F1 @F1 pic.twitter.com/HPia7tdPnW