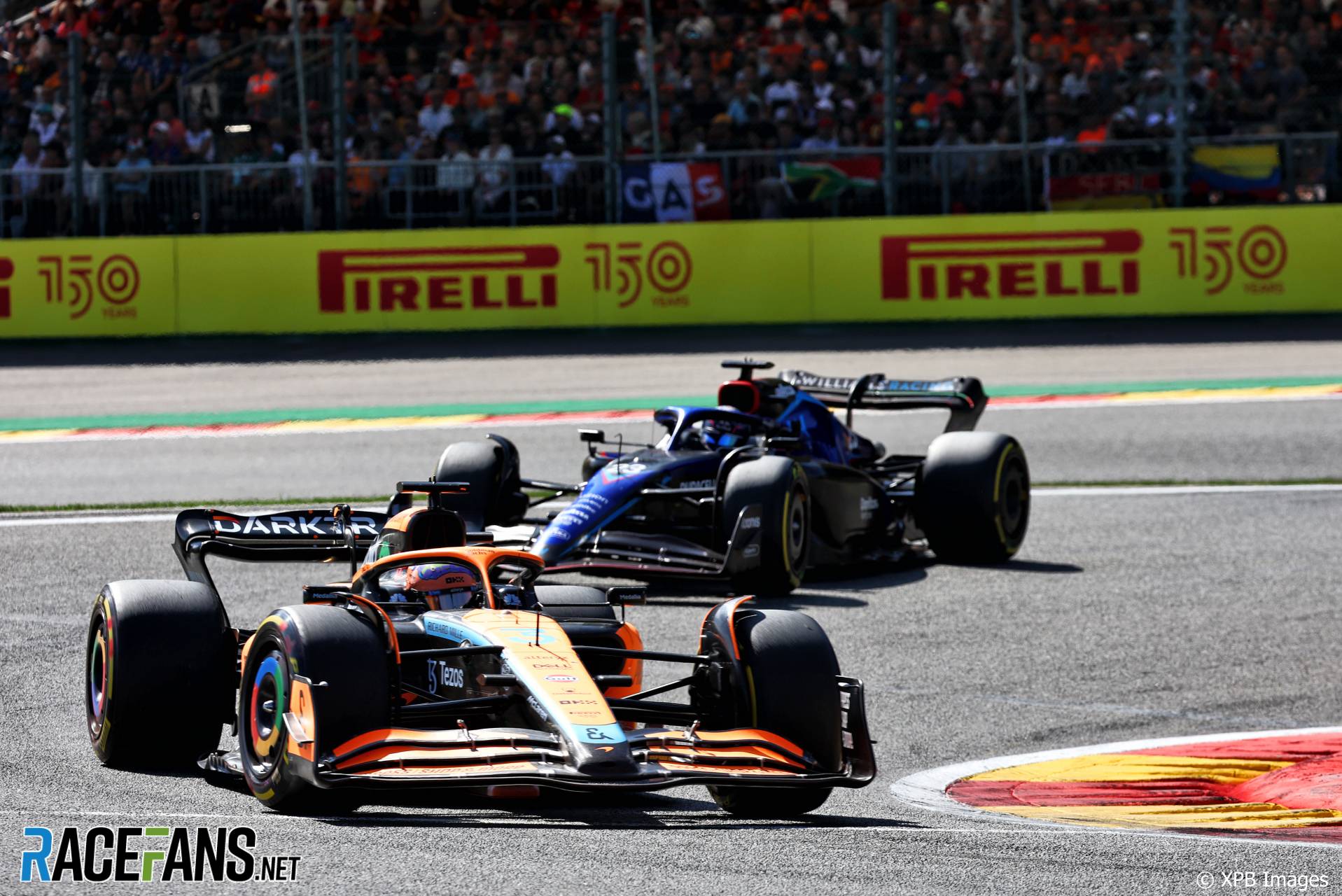 Daniel Ricciardo had to race the Belgian Grand Prix without McLaren’s new, low downforce rear wing after a problem developed on his new wing on Saturday.

McLaren team principal Andreas Seidl explained why Ricciardo appeared to be running more downforce than team mate Lando Norris, falling from seventh on the grid to 15th at the finish.

“On Daniel’s side, we had an issue with the latest rear wing and we only had two for this event here,” Seidl explained. “So we had to go back to an older rear wing, which meant slightly more downforce and therefore a bit less top speed, which wasn’t what we wanted to run, clearly.

“Independent of that, it doesn’t matter which downforce level, unfortunately with these conditions today we simply didn’t have the pace. We were struggling with traction, for example, out of turn one [La Source] especially. Therefore, we were never really in a position to move forward or to gain a position to overtake – even lost some positions getting overtaken.”

It was “just not a good day for us”, Seidl concluded.

Ricciardo said he was “simply just weren’t quick on the straights” after a “fault” meant he couldn’t used his lower-downforce rear wing. “We had to put a different wing on because our race spec one had a bit of an issue. So we knew today was probably going to hurt us on the straights just with more drag.”

However Ricciardo believes it wasn’t just the choice of rear wing which made overtaking difficult for him at Spa. “I don’t think I was the only one struggling to pass on the straights.

“I think I had speed to use in the second sector. But then first and third, even with DRS I couldn’t pass. So [it was a] pretty long and frustrating race, it just felt like we were just waiting for a mistake.”

“I said on the radio, obviously I’m trying but unless they make a mistake in front, it’s literally impossible to pass,” Ricciardo added.

“The good thing about this year is you can race closer, but the bad thing is the tow effect is smaller. So actually on a track like this it I felt like it made overtaking more tricky.”