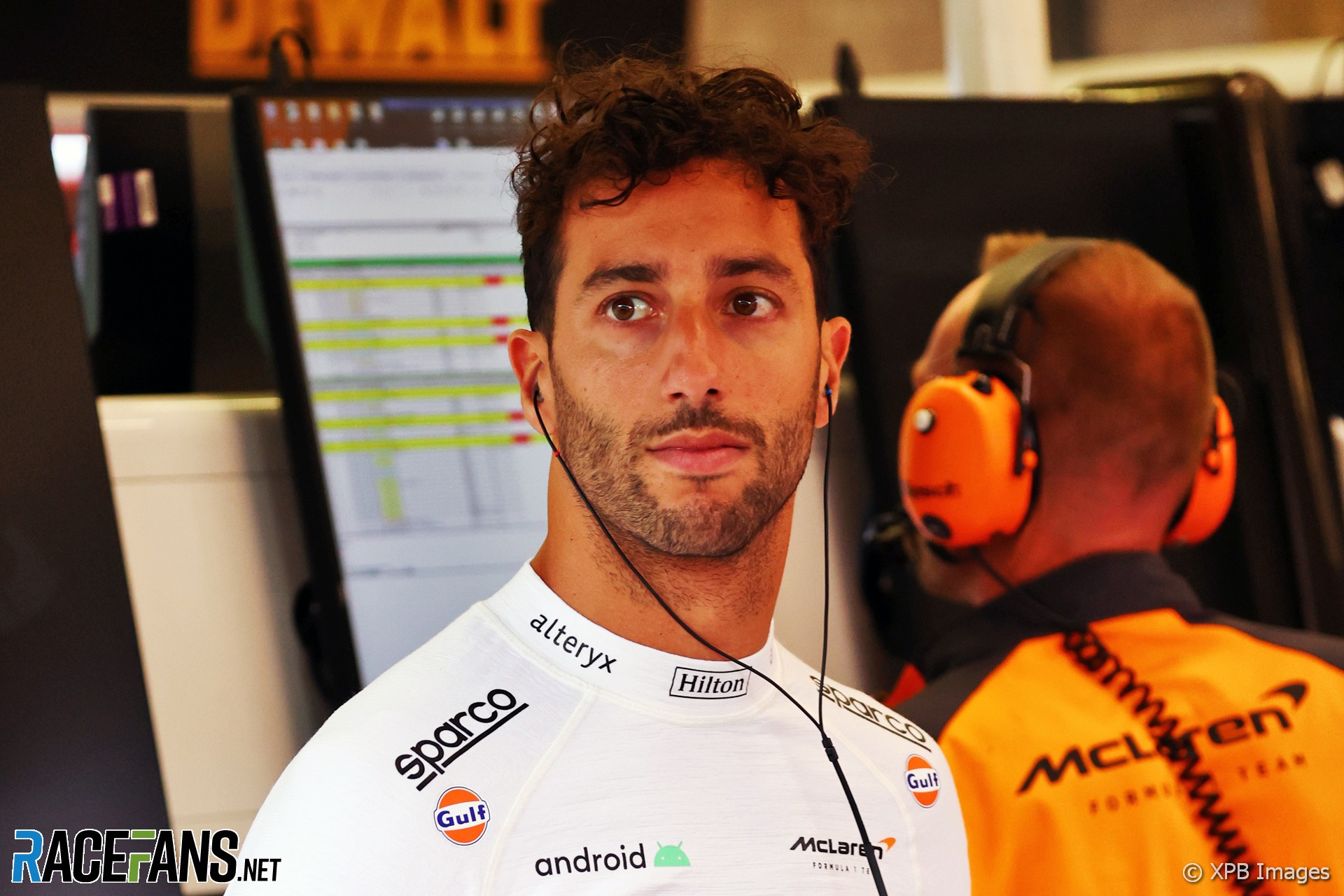 Red Bull team principal Christian Horner sympathises with his former driver Daniel Ricciardo, who will leave his current team a year before his contract was due to expire.

Ricciardo caused a sensation by walking out of a race-winning seat at Red Bull in 2018 to join Renault. He soon moved on to McLaren, signing a three-year deal to drive for the team.

But Ricciardo has been unable to get to grips with the team’s car and lagged off the pace of team mate Lando Norris. McLaren announced this week it had agreed with Ricciardo he will not see out the final year of his deal to drive for the team next year.

He arrived in F1 with Red Bull, who backed Ricciardo during his junior career before placing him at HRT and Toro Rosso. Ricciardo won three races in his first season as a Red Bull driver in 2014, and took four more wins before he left them.

Horner said it was “tricky” to judge what had gone wrong for Ricciardo at McLaren.

“The time he spent with us, he grew up as a junior driver within the junior programme, winning the Formula 3 championship. Then obviously stepping in through Toro Rosso into Red Bull Racing and what he achieved with us was phenomenal. Third in the world championship twice, I think seven victories and many, many podiums.

“It’s a great shame to see that he’s struggling and hopefully he can find a seat in Formula 1. Moving forward, I think Formula 1 would miss him. He’s a big character, he’s a big personality.

“I don’t think we’re seeing the real Daniel Ricciardo, at the moment. So it would be great to see him find his mojo again and find out a reasonable solution for for next year.”

Ricciardo said on Thursday he felt he had exhausted the options to get on top of his McLaren’s handling.

“We’d been in dialogue for really the last few months,” he explained. “It wasn’t like ‘don’t top five this race and you’re done’. It was more ‘what can we do?’ How can we as a collective, try to keep making this work?

“Obviously, I’d try to give feedback on the things I would struggle with on the car and there was a lot of, I guess, dialogue. But also I understood that was also a point of concern, because the results I was getting were not up to, I guess, the level that we all thought they could have been.

“So we did talk [for] months about it and ways to try and rectify the issues. But then also, potentially, like, ‘Okay, what next? What now?’ And we kind of just came to, unfortunately, a bit of a dead end, where we felt like we’d exhausted most things that were at least in reach at the time. And that’s when obviously, they made the decision.”