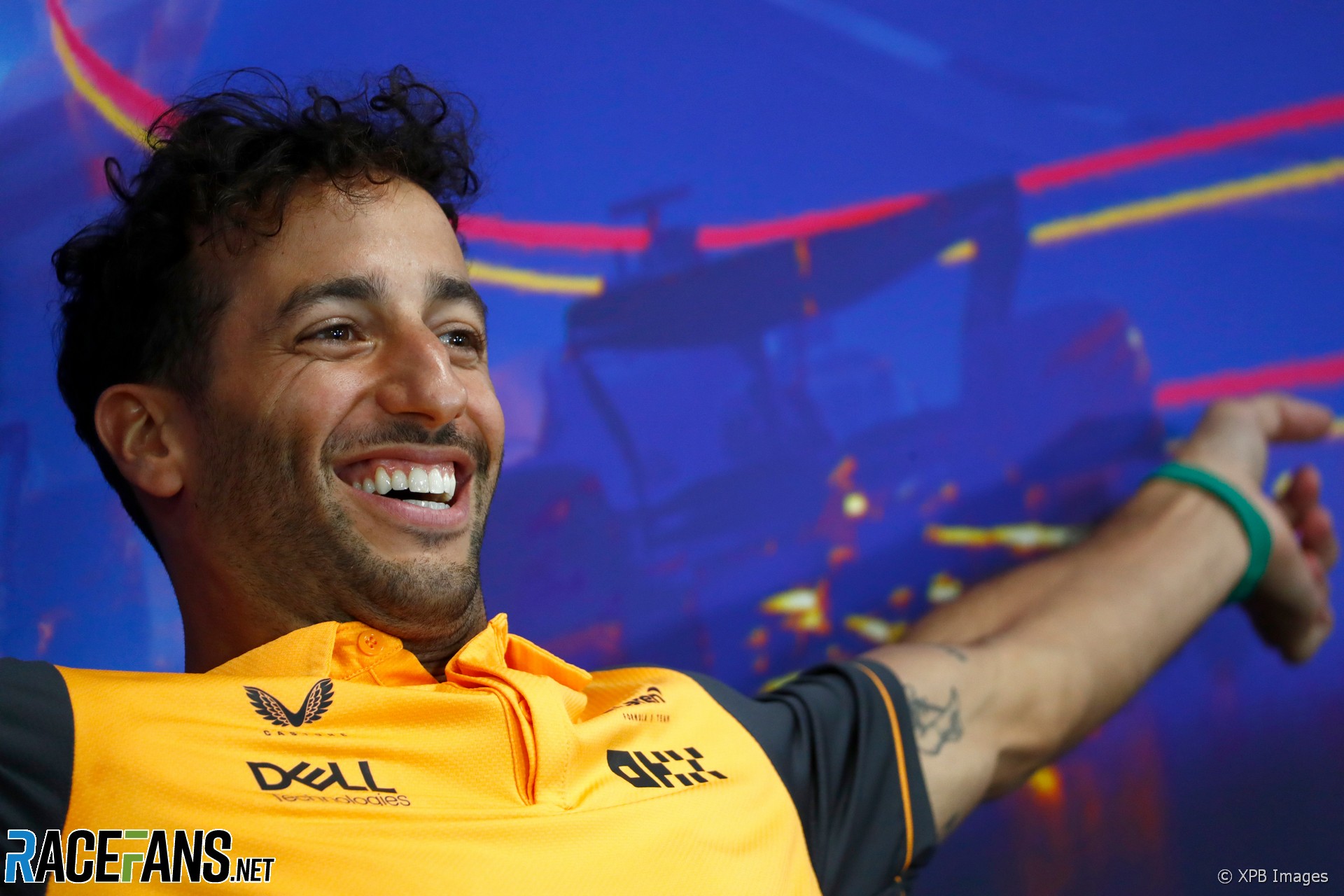 Daniel Ricciardo says he still has the “fire” to race in Formula 1 despite having his contract with McLaren terminated with one year left to run.

McLaren confirmed yesterday the 33-year-old would be let go from the team at the end of the 2022 season, two years into his three-year contract. Ricciardo admitted having his contract terminated by the team was “not the nicest feeling” but said he is proud of how he and McLaren worked together to try and find a solution to his lack of performance relative to team mate Lando Norris.

“I look back on it and I can hold my head high in terms of applying myself and trying to make it work, trying to put everything in,” Ricciardo said.

“Sometimes you just have to accept that ‘okay, I tried and it didn’t necessarily work out’. But from that point of view, I don’t look back in terms of ‘yeah, I was slacking off’. It’s just one of those things. I’m proud of the way we tried to make it happen and persist through it. But some things, maybe you just say that they’re not meant to be.”

Despite the setback, Ricciardo says he is still motivated to race and succeed in Formula 1 into the future with another team.

“I simply see it as ‘if I want to pick myself up. I will.’ That fire, that belief is still in me. So it’s really just a choice – if I want to make that choice, I can. Obviously I don’t have every option on the grid or anything – it’s not like I can race wherever I want – but in terms of just from a self-worth point of view, absolutely.”

Ricciardo said his experience of difficult moments earlier in his racing career will help him to “pick myself up” after losing his drive.

“I don’t want to say it’s easy, but it’s something I feel I’m very capable of doing,” he explained. “This is certainly a big moment in time for my career, but even if things aren’t maybe always highlighted, you’re always going through challenges. You always have to pick yourself up.

“I remember actually here in 2008 when I was racing in the Formula Renault junior category, it was the Saturday night before the race on Sunday and I got a real pep talk. I was just in one of those moments in my career at the time and I still hadn’t yet made it, but I knew I really had to pull my head in and start making it happen.

“You always go through these. No one has a perfect career. So I think I’ve learnt to deal with it over time.”

With nine races remaining with McLaren before his time with the team comes to an end, Ricciardo says knowing that he will be departing the team will not change how he will approach the final leg of the season.

“It’s a decision they’ve made but it doesn’t change the way I’m going to go racing,” Ricciardo said. “I only know how to race one way.

“I went in to see the team, because I hadn’t really seen them – I had simulator during the week – so I saw a few engineers, but I hadn’t seen the wider team. I saw the mechanics and that this morning. There’s a lot of hugs. A lot of people obviously want me to do well and they’re going to support me till the end. So that’s that.

“As I say, I owe it to myself, but also to the ones who support and want me to do well. There’s no better feeling than success in this sport and being up on the podium and that. So I know if I apply myself, then maybe we find a way to do it in the last nine races.”