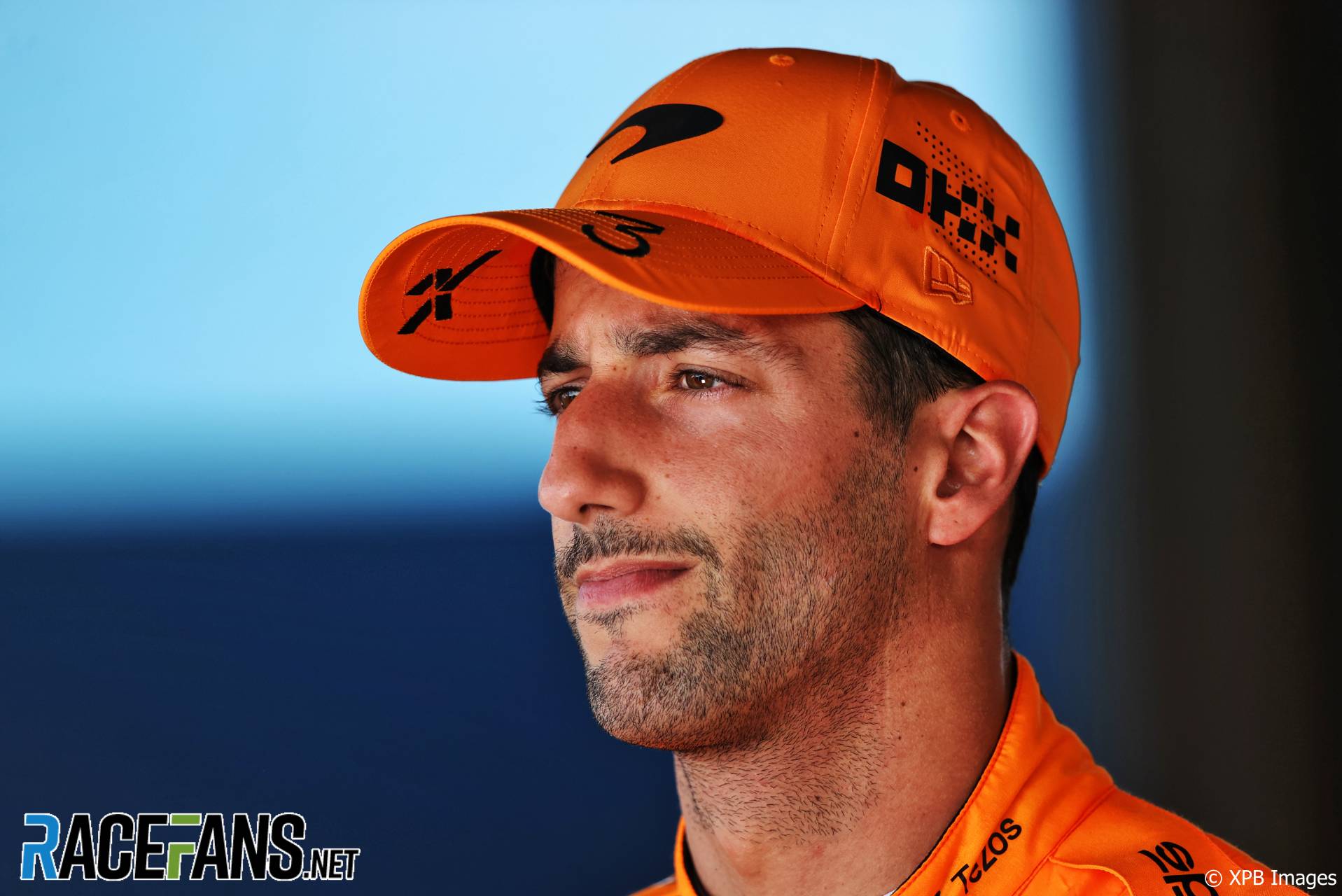 Daniel Ricciardo will depart McLaren at the end of the season, one year before his contract was due to expire, the team has confirmed.

The 33-year-old joined the team at the beginning of last season on a three-year deal. He won the Italian Grand Prix, ending the team’s nine-year victory drought, but endured an otherwise difficult campaign.

His second year at the team has been of little improvement. By the summer break Ricciardo had scored less than one-quarter of team mate Lando Norris’s points haul.

“McLaren Racing and Daniel Ricciardo can confirm that Daniel’s 2023 contract has been terminated early as both parties have mutually agreed that he will leave the team at the end of the 2022 Formula 1 season,” said the team in a statement.

Team principal Andreas Seidl praised Ricciardo’s efforts during his year-and-a-half with them so far. “I would like to thank Daniel for his dedication and contribution over the last two seasons so far,” he said.

“Despite the shared challenges, he has always turned up with a fighting spirit and positivity and helped the entire team to always keep pushing forward. We will never forget that memorable race win in Monza which was a great boost for the whole team.

“We still have an important battle in the constructors’ championship ahead of us for the remainder of the season and we look forward to battle this out with Daniel and Lando.”

Questions over Ricciardo’s future at the team were prompted earlier this year by comments made by McLaren Racing CEO Zak Brown. He and Seidl have discussed Ricciardo’s situation with the driver at length ahead of the decision and today’s announcement.

“It’s been a privilege to be a part of the McLaren Racing family for the last two seasons,” said Ricciardo. “But following several months of discussions with Zak and Andreas we have decided to terminate my contract with the team early and agree to mutually part ways at the end of this season.

“I’ll be announcing my own future plans in due course but regardless of what this next chapter brings, I have no regrets and am proud of the effort and work I gave McLaren, especially the win in Monza, last season.

“I’ve enjoyed working with everyone at McLaren both trackside and back in Woking and will be giving my all on and off track as we enjoy the remainder of the season together. I’ve never been more motivated to compete and be a part of a sport that I love so much and look forward to what comes next.”

In Ricciardo’s own statement on social media, he said he was “not sure” what lies ahead for him but reassured “I still love” F1.

“This hasn’t affected any of that,” he said. “I still have that fire in me, that belief in my belly that I can do this at the highest level. All that stuff’s still there.”

McLaren have also said they will announce a new team mate for Norris next year “in due course”. Oscar Piastri has been tipped to take over Ricciardo’s seat.