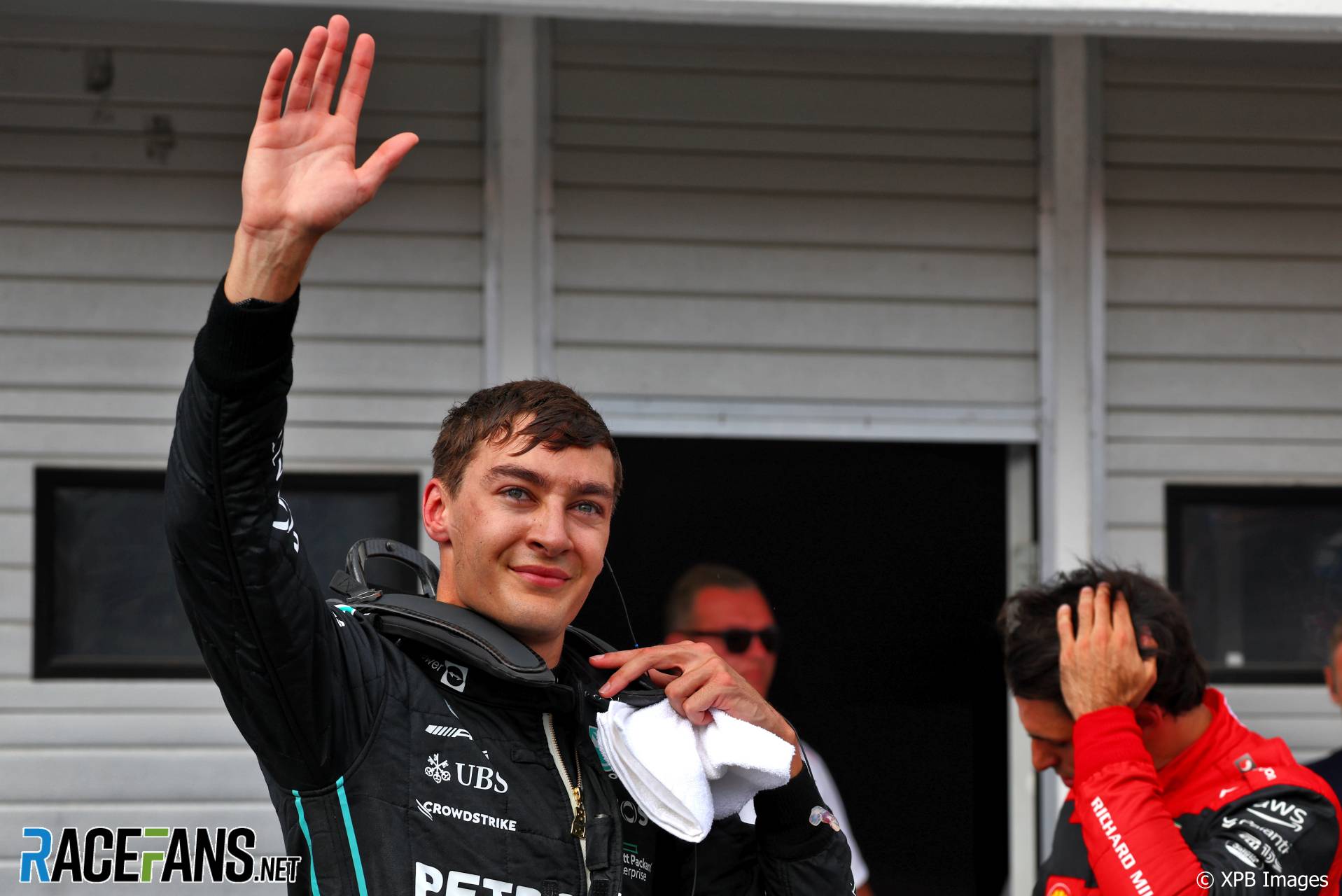 Hungarian Grand Prix pole winner George Russell says it was an “incredible feeling” to take his first pole position in Formula after he struggled practice yesterday.

Russell jumped from a provisional fourth on the grid at the chequered flag to snatch pole by just 0.044s ahead of the two Ferraris of Carlos Sainz Jnr and Charles Leclerc. It makes Russell the first driver this season to take pole in a car other than a Red Bull or Ferrari.

The result follows a challenging Friday for Mercedes, where Russell was only eighth-fastest. It is Russell’s first pole position of his career, at his 72nd grand prix weekend and inhis14th career race for Mercedes.

“Yesterday was probably our worst Friday of the season and everybody last night was working so hard – we didn’t really know what direction to go in.

“Then that last lap: Got round turn one – mega turn one – went around turn two – turn two was mega – and the lap time just kept on coming, kept on coming. I came across the line, looked at the screen, and saw we were in P1. And that was an incredible feeling.”

Russell’s result secures Mercedes’ first pole position of the season after a year that has seen them work hard to make up a significant performance deficit to their rivals ahead. Asked if pole meant Mercedes were now back in the fight at the front, Russell said he could not be sure.

“I don’t know, to be honest,” he said. “We need to look into it and understand where that came from, today. There’s a few ideas we have.

“At the end of the day, there’s no points for qualifying. We generally have good race pace, but the Ferraris looked very fast on Friday. We’re going to be absolutely going for it, but either way that was a pretty special day, no doubt.”