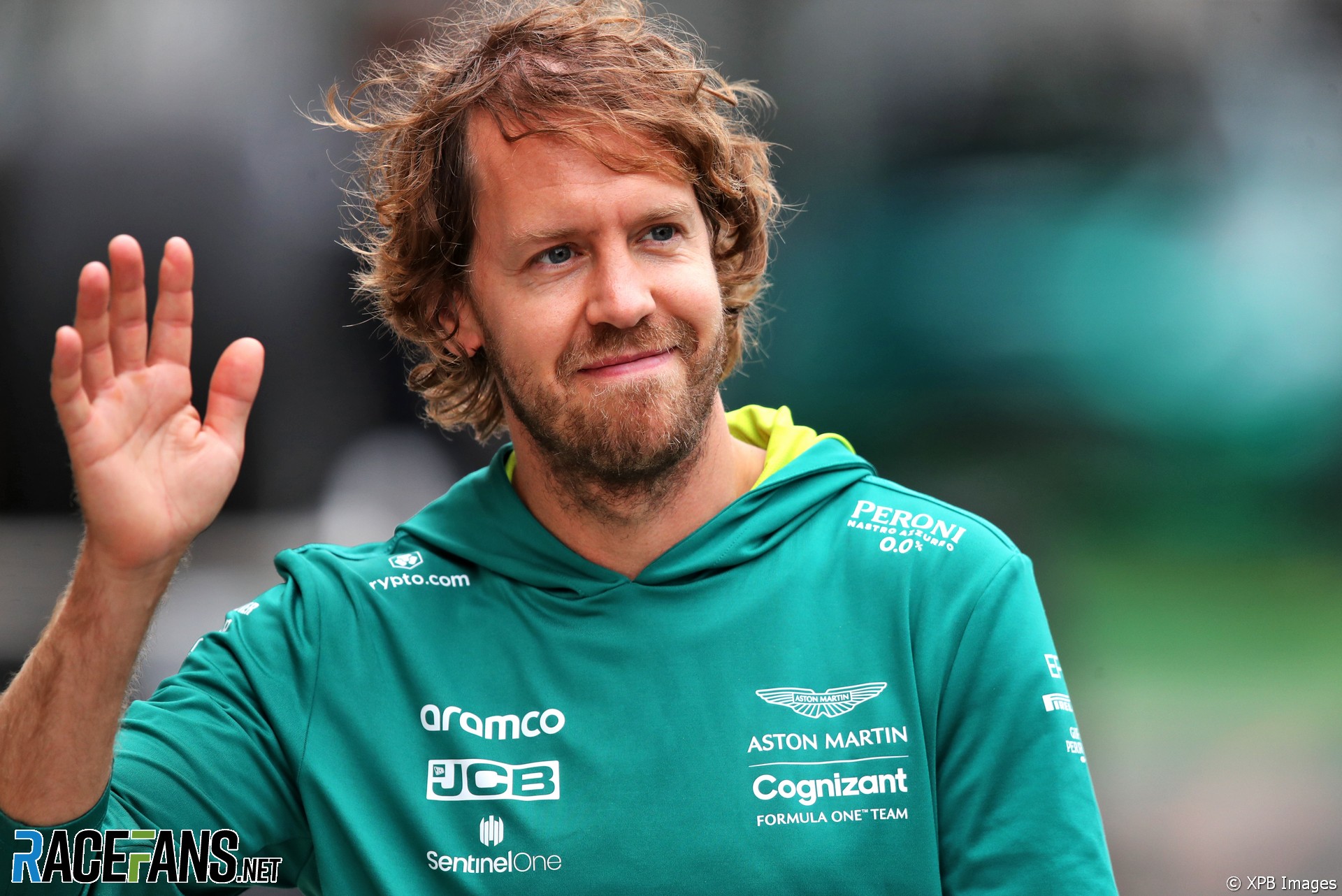 Four-times Formula 1 world champion Sebastian Vettel has announced he will retire from the sport at the end of the 2022 season.

The Aston Martin driver revealed his decision in a social media post ahead of the Hungarian Grand Prix weekend. Vettel, who is married and had three children, said he had decided to dedicate more time to his family.

“My passion for racing and Formula 1 comes with lots of time spent away from them and takes a lot of energy,” he said. “Committing to my passion the way I did and the way I think it is right, does no longer go side-by-side with my wish to be a great father and husband.”

Vettel has also become an increasingly outspoken advocate of sustainable technologies in recent years. He admitted this has also influenced his decision to call time on his F1 career.

“My passion comes with certain aspects that I have learned to dislike,” Vettel said. “They might be solved in the future, but the will to apply that change has to grow much, much stronger and has to be leading to action today.”

In a statement subsequently released by his team, Vettel said his decision to retire “has been a difficult one for me to take and I have spent a lot of time thinking about it.”

“At the end of the year I want to take some more time to reflect on what I will focus on next,” he continued. “It is very clear to me that, being a father, I want to spend more time with my family.

“But today is not about saying goodbye. Rather, it is about saying thank you – to everyone – not least to the fans, without whose passionate support Formula 1 could not exist.”

After leaving the team he joined Aston Martin at the beginning of last year. Vettel said he’d “had the privilege of working with many fantastic people in Formula 1 over the past 15 years [and] there are far too many to mention and thank.

“Over the past two years I have been an Aston Martin Aramco Cognizant Formula 1 Team driver and, although our results have not been as good as we had hoped, it is very clear to me that everything is being put together that a team needs to race at the very highest level for years to come.

“I have really enjoyed working with such a great bunch of people. Everyone – Lawrence, Lance, Martin, Mike, the senior managers, the engineers, the mechanics and the rest of the team – is ambitious, capable, expert, committed and friendly, and I wish them all well. I hope that the work I did last year and am continuing to do this year will be helpful in the development of a team that will win in the future, and I will work as hard as I can between now and the end of the year with that goal in mind, giving as always my best in the last 10 races.”

Aston Martin executive chairman Lawrence Stroll said “I want to thank Sebastian from the bottom of my heart for the great work that he has done” for the team since he joined them.

“We made it clear to him that we wanted him to continue with us next year, but in the end he has done what he feels is right for himself and his family, and of course we respect that. He has driven some fantastic races for us, and, behind the scenes, his experience and expertise with our engineers have been extremely valuable.”

Stroll said Vettel is “one of the all-time greats of Formula 1” and the team will “give him a fabulous send-off” in the season finale in Abu Dhabi.

I hereby announce my retirement from Formula 1 by the end of the 2022 season.

Probably I should start with a long list of people to thank now, but I feel it is more important to explain the reasons behind my decision.

I love this sport. It has been central to my life since I can remember. But as much as there is life on track, there is my life off track too.

Being a racing driver has never been my sole identity. I very much believe in identity by who we are and how we treat others, rather than what we do.

Who am I? I am Sebastian – father of three children and husband to a wonderful woman. I am curious and easily fascinated by passionate or skilled people. I am obsessed with perfection. I am tolerant and feel we all have the same rights to live, no matter what we look like, where we come from and who we love.

I love being outside. I love nature and its wonders. I am stubborn and impatient. I can be really annoying. I like to make people laugh. I like chocolate and the smell of fresh bread. My favourite colour is blue.

I believe in change and progress and that every little bit makes a difference. I am an optimist and I believe people are good.

Next to racing, I have grown a family and I love being around them. I have grown other interests outside Formula 1. My passion for racing and Formula 1 comes with lots of time spent away from them and takes a lot of energy. Committing to my passion the way I did and the way I think it is right, does no longer go side-by-side with my wish to be a great father and husband.

The energy it takes to become one with the car and the team to chase perfection takes focus and commitment. My goals have shifted from winning races and fighting for championships to seeing my children grow, passing on my values, helping them up when they fall, listening to them when they need me, not having to say goodbye and, most importantly, being able to learn from them and let them inspire me.

Children are our future. Further, I feel there is so much to explore and learn – about life and about myself. Speaking of the future, I feel we live in very decisive times. And how we all shape these next years will determine our lives.

My passion comes with certain aspects that I have learned to dislike. They might be solved in the future, but the will to apply that change has to grow much, much stronger and has to be leading to action today.

Talk is not enough and we cannot afford to wait. There is no alternative. The race is underway.

My best race? Still to come. I believe in moving forwards and moving on. Time is a one-way street and I want to go with the times. Looking back is only going to slow you down. I look forward to race down unknown tracks and I will be finding new challenges. The marks I left on track will stay until time and rain will wash them away. New ones will be put down. Tomorrow belongs to those shaping today. The next corner is in good hands as the new generation has already turned in. I believe there is still a race to win.

Farewell, and thanks for letting me share the track with you. I loved every bit of it.