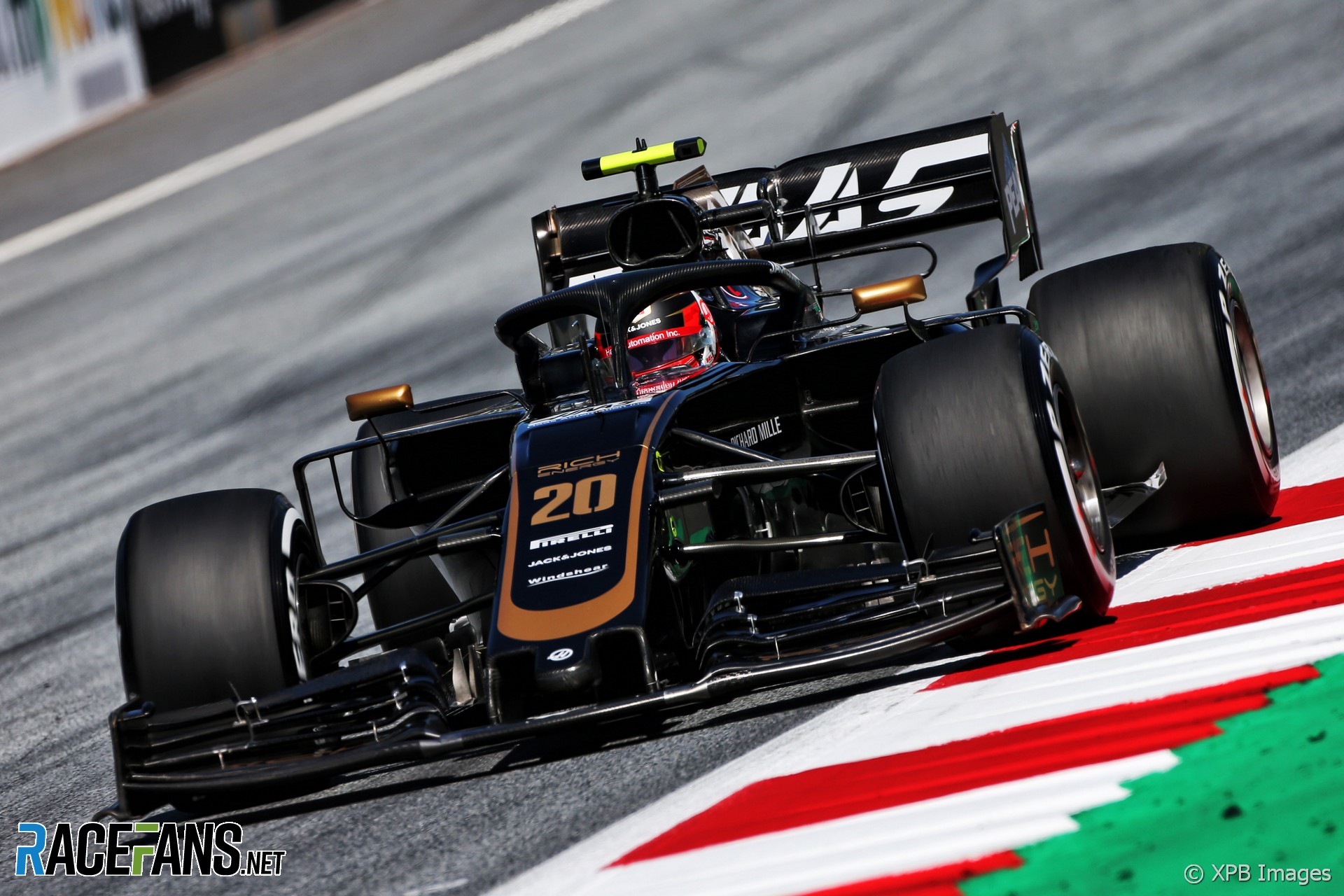 The risk Haas took last season to forgo any development work on their 2021 car to focus all their efforts on their new car for the radical rules changes in 2022 was a bold gamble.

But it was one which paid off immediately when Kevin Magnussen stuck the VF-22 seventh on the grid in the opening qualifying session in Bahrain.

With 15 points over the first four rounds for Magnussen, it was a promising start to the season for the team. However, as their rivals continued to improve their cars with upgrades, Haas remained with their car fundamentally still in the same specification as at the opening race, with only minor track-specific modifications. meanwhile many of its closest rivals have introduced major changes to their cars.

Sitting with media prior to the French Grand Prix, Haas team principal Guenther Steiner said he was “as confident as I can be” about the team’s first major upgrade package due to be introduced for this weekend’s Hungarian Grand Prix – even if he was keeping quiet about what would be changed.

“I cannot tell you anything,” Steiner insisted. “I don’t want to tell you – I want to surprise you! It’s like when your birthday’s next week – if I tell you what I’ll give you as a present, there’s no surprise…

“It’s quite a big upgrade,” he continued. “You will see it on the car without having to investigate ‘is this different?’. There will be changes. It is quite a big package.”

After starting the year with fifth place in Bahrain, Haas scored more points in Saudi Arabia and Imola. A point-less weekend in Melbourne, where they were off the pace, seemed like a blip.

But then came five score-less races between Spain and Canada, which saw Haas drop down to ninth in the constructors’ championship. Steiner says that taught them high-speed tracks are the car’s weakness.

“In Australia, we don’t really know,” he said. “We were far off with the set-up and then I think we got a little bit confused.

“Then the high-speed tracks, they are not really good for our car – that’s my opinion about that. You will have hopefully not the proof in Monza and Spa, but I think our car is a little bit draggy. You can see on the top speed, we are down.”

Despite receiving no major upgrades, Magnussen and team mate Mick Schumacher began to find more performance from the car around the Canadian Grand Prix. That was followed by their best stretch of the season at the British and Austrian rounds, where both cars finished in the points over both races.

“I think the last two races [Britain and Austria] if you said we did better than we anticipated to do, I would say yes to that,” Steiner admits. “It was possible, so we need to try to replicate that.”

Although they have not introduced major new parts to the car, Steiner believes they have “learned a lot in the last races how to make the car better” by analysing and perfecting their existing package to draw more speed from what they have.

“Somebody told me, ‘look at an F2 car, over the year they go one second faster’,” he explained. “It’s that they’ve got drivers which get more out of the car. It’s the same car as the beginning of the year.

So I think it’s the same if you’ve got an F1 car, the more you run it, the better you get on when you get to the race track in FP1 how you develop it because you have done things. When the driver says ‘the car is not doing this’, you know what to do. But in the beginning, you are a little bit, ‘hey, let’s try this, let’s try that’. I think it’s very logical that that happens.”

Steiner appreciates this because of the team’s experience three years ago. “Having a solid base and understanding it – it’s always very important,” he said. “I learned that the hard way in 2019, where we got completely confused, to be honest.”

The team’s experience with its 2019 car, the VF-19, is one of the most striking cautionary tales of recent times that shows simply throwing upgrades at a car is not always the simple route to better performance.

After introducing major upgrades over the course of that season, Magnussen and team mate Romain Grosjean found their car’s balance inexplicably became even more unpredictable once introducing new parts designed to fix the car’s problems. The situation got so difficult that Grosjean even reverted his car back to its initial specification in a bid to figure out what was causing their problems.

“With the 2019 car, the upgrade never worked,” explained Steiner. “We tried hard, but we never got it to work. I hope that this is different.

“To start off with, that’s why we took a little bit longer and we made sure – as much as we can in the wind tunnel and simulations – that it works. I’m as confident as I can be, but I think now having the platform we understand and putting our new parts on, it should be pretty much right on the boat.”

Having moved back up to seventh in the constructors’ championship, Haas are slowly creeping up on sixth-placed Alfa Romeo who are in the midst of a three-race run without points. Asked if he thinks that seventh is where Haas should be sitting in the standings, Steiner is cautious about setting any public targets for the team over the second half of the season.

“Obviously in racing, you give yourself a target where you want to be – and it’s always one step ahead of where you are now. You want to be sixth now. If I say ‘oh, we can be third’ you’d say ‘bollocks’, you know? But if I say ‘yeah, we’ll try for sixth’, I’ll have said ‘we’ll try’ – I didn’t tell you ‘we will be sixth’, but ‘we’ll try for sixth’.

“At the moment seventh is a nice place, but we still need to work hard to stay there, because nobody’s sleeping.”