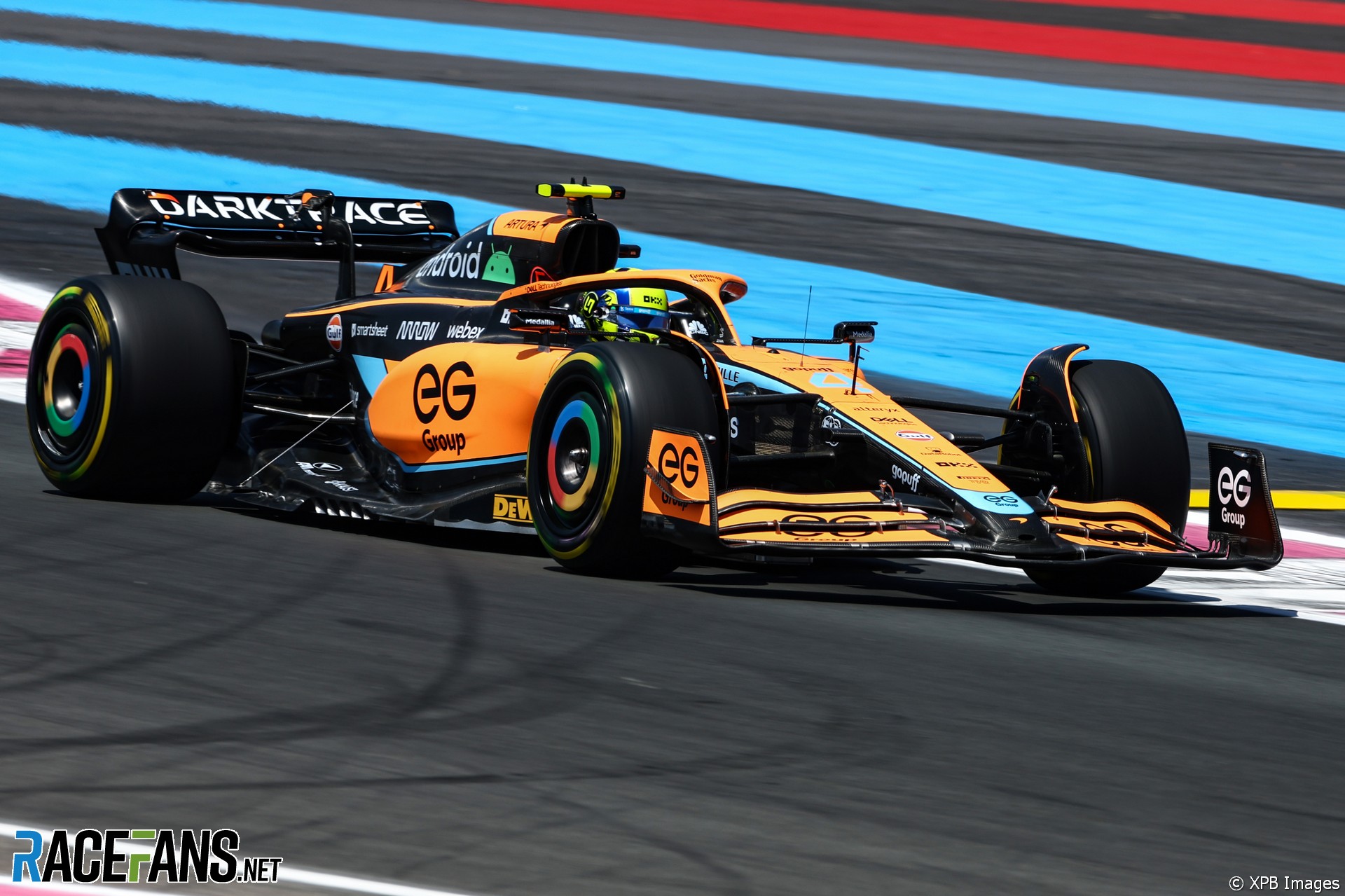 Lando Norris says the increase in porpoising he has experienced in recent races may show McLaren are “heading in the right direction” with their car development.

The team has brought an extensive upgrade for its MCL36 this weekend. Norris’s car appeared to be bouncing up and down more during practice and the driver said he “felt like I had a decent amount” of porpoising.

Most of the front-running teams, with the notable exception of Red Bull, have experienced porpoising at different times this year. Norris believes it could be an encouraging sign for McLaren that they are beginning to experience more of the same.

“The last few races we’ve had quite a bit at times,” he said after today’s practice sessions. “At Silverstone we had a lot as well.

“So it’s not a surprise, not a shock. I’m hoping it’s a kind of a good thing, that if we can improve the car sometimes that promotes porpoising.

“Apart from Red Bull it seems like it’s what Ferrari and Mercedes have had a lot of and they’re obviously a lot quicker than us. Maybe Red Bull nailed it with all of their stuff.

“I think as we’re trying to improve the car, sometimes we expose this phenomenon and it’s maybe not a bad thing sometimes. Sometimes it means you’re heading in the right direction. So we’ll try and understand it and hopefully we’ll find out it’s a good thing and not a bad one.”

Norris ran the updated parts on his car for the first time in second practice. Daniel Ricciardo used the new components all day, allowing McLaren to compare the different specifications during the first session.

The new parts produced a clear difference in the car’s handling, said Norris. “I wouldn’t say it was tricky,” he explained. “It’s the slight feeling you get behind the wheel, you’re so sensitive, you get so used to things. As soon as something feels just a little bit off you have to figure out why that’s happening or what it’s doing, what the reasoning is for it and then how to overcome it and maximise it again.

“So it’s nothing good or bad, it’s just the limitation of the car is in different places through the corner and therefore you’ve just got to adapt yourself to that.”

He is confident the team can unlock more performance from their car overnight. “I guess I’m playing a little bit of catch-up and just trying to understand all of that comparing to Daniel. But at the same time it’s been good being able to compare data easily today because we chose that strategy of me not having it, him having it, and therefore we can look at the data tonight and expect more performance for tomorrow.”

2 comments on “More porpoising could be a “good thing” for McLaren, says Norris”