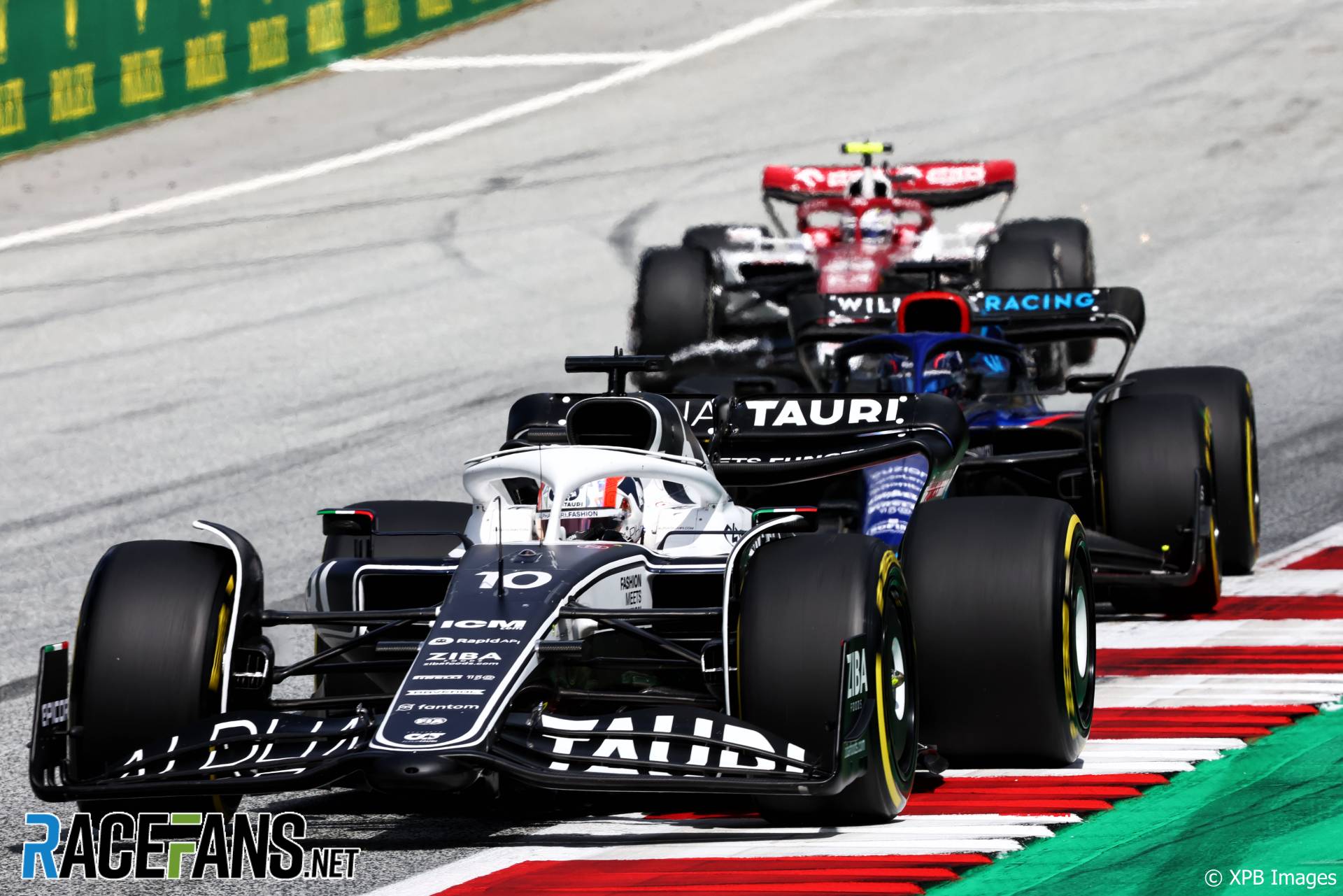 Pierre Gasly despaired at AlphaTauri’s lack of pace in Austria, saying the team needs to upgrade its car.

“The whole weekend was a disaster, apart from qualifying, concluded Gasly, who qualified 10th for Saturdays sprint race, but fell to the back of the pack at the start after tangling with Lewis Hamilton.

“We were nowhere in terms of pace,” he said. “I tried to do everything I could inside the car, but at the moment there’s just nothing to do. So I think we desperately need these upgrades on the car to be able to get any decent result.”

Gasly had a series of setbacks during Sunday’s grand prix. He received a penalty for multiple track limit violations, which he said made little difference to his result. “It’s the same rule for everyone. I didn’t respect it, so I got penalised – my fault. I saw quite a lot of guys getting black-and-white flags.

“I think it was better in the past without these track limits. Anyway, you can’t go wider with a double kerb, but at the end of the day whatever rule they set, we’ve got to respect it.”

Gasly made contact with Sebastian Vettel during the race, which earned him a further penalty. “I try to fight as hard as I can. I took a penalty so I guess I’m the one to blame,” he said.

“At the same time, you know that when you are fighting there side-by-side, it’s always a risk, I think we’ve seen it in the past. It wasn’t intentional, but unfortunate for Sebastian.”

He said AlphaTauri’s chance of better results hinges on upgrades which are due to arrive at his home race next week. The team had “no pace” last weekend. “I mean nowhere.”

“You look at Yuki, you look at myself, even the strategy we lost a position when we boxed, but at the end of the day we just have no pace,” he explained.

“You can do whatever you want, any strategy you want, with the speed we have at the moment. [We] just can’t keep going like this.

“So we need to reset. We should have some new parts come in and hopefully they come for France and we can show a better pace there.”