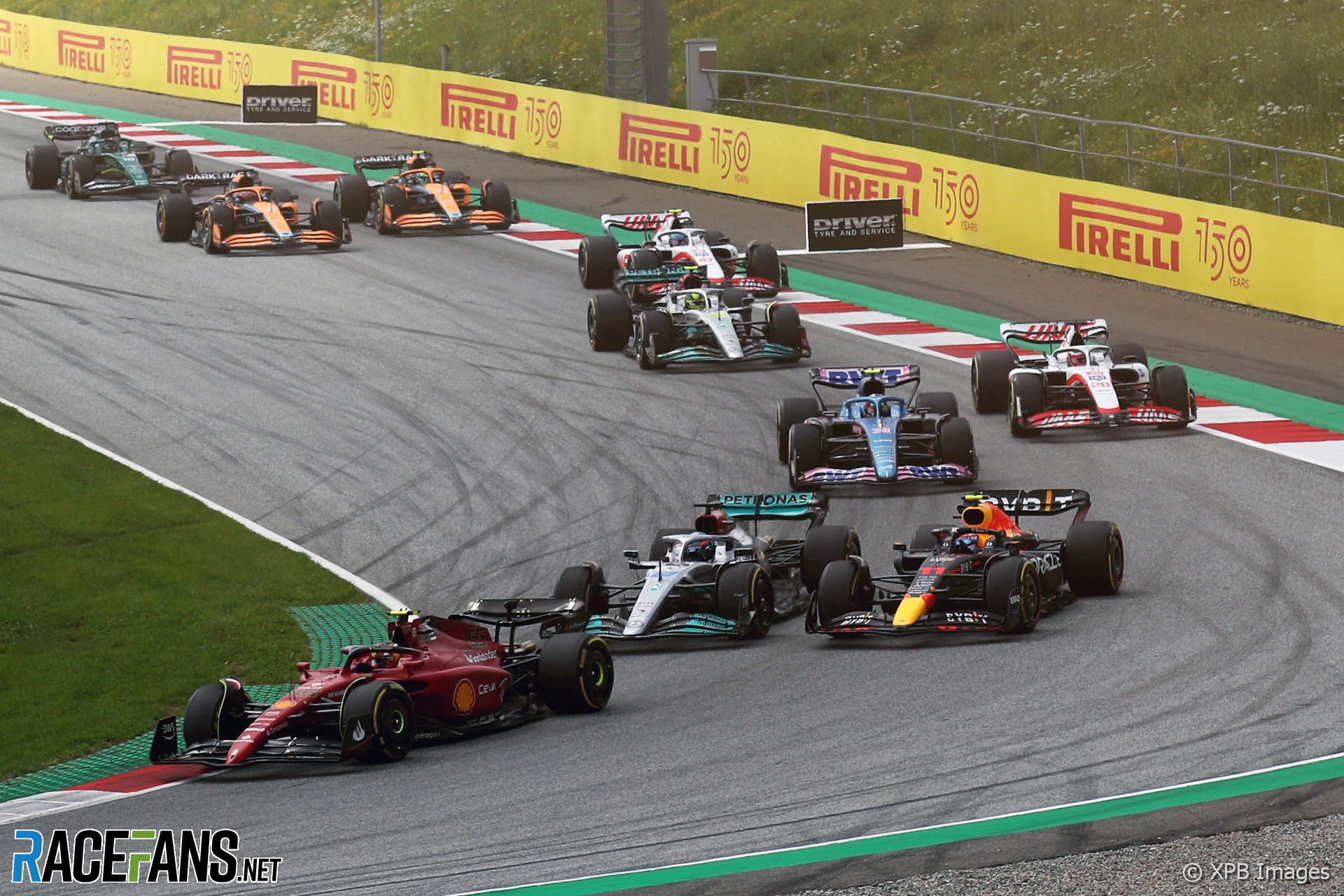 George Russell picked up a penalty for a collision with Sergio Perez which occured within seconds of the Austrian Grand Prix beginning.

Before the race was over another driver, Pierre Gasly, collected the same penalty for a collision which occured at the same corner and appeared very similar.

But were the two outwardly similar incidents alike enough to deserve identical penalties?

What the rules say

Both incidents involved one driver attempting to overtake the other on the outside. At the beginning of the 2022 season F1 drivers were issued the following guidelines on driving standards relating to that type of move as well as others:

“When considering what is a ‘significant portion’, for an overtaking on the outside of a corner, among the various factors that will be looked at by the stewards when exercising their discretion, the stewards will consider if the overtaking car is ahead of the other car from the apex of the corner. The car being overtaken must be capable of making the corner while remaining within the limits of the track.”

Incident: Russell and Perez collide on lap one 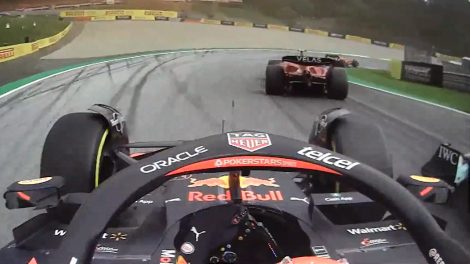 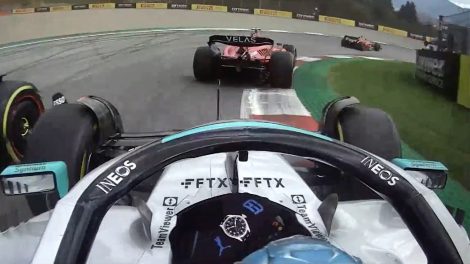 Perez approached Russell on the outside at turn four. The pair turned in, Perez squeezing Russell towards the apex of the corner. Russell ran over the kerb on the inside, then moved fully onto the track, where he and Perez made contact. 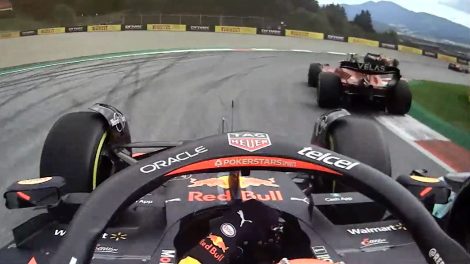 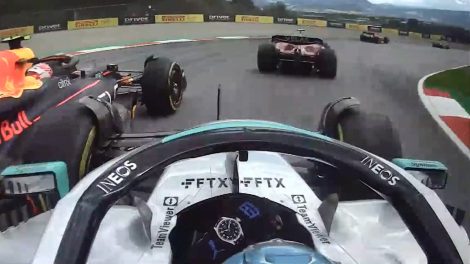 I was clearly ahead. It was up to George to really control his car which he clearly couldn’t and we ended up making contact.

There was nothing else I could have done. I gave him enough room. I was already very close to the gravel to make sure he had enough room and for both of us to make the corner.

I think [the guidance to drivers] was clear. For the standards of George, the level, I’m very surprised at that manoeuvre.
Sergio Perez

I’ve looked at the video and I think it was harsh. You are racing at the start, the cars are everywhere. Checo did do a bold move going down the outside like that. He’s obviously done it before, I think he did it with Valtteri yesterday as well and Valtteri had to get right on top of the car to avoid him. Which is exactly what I tried to do but with Carlos ahead of me it made things difficult. There’s only so much you can brake and so much you can steer and ultimately I had nowhere to go.

I was braking as hard as I could and turning as much as I could. There was probably more room on the outside for him and as I said I was doing everything I could. And the second he got to a certain point, I sort of knew it was inevitable because I was already at the limit of my car.

So it’s risk versus reward and he had this with Lando last year, it was very close with Valtteri yesterday. And the move with me today was exactly the same as these other two, so it’s one of those.
George Russell

I think he had such a good run out of turn three. They’re racing drivers, they’ve got to go for it but obviously on the outside of turn four you rely very heavily on the guy on the inside playing ball and giving you space.

We’d seen in the junior races, turn four, it’s a lot of risk around the outside.
Red Bull team principal Christian Horner

The stewards held Russell wholly responsible for the collision and gave him a five-second time penalty and two penalty points on his licence.

The stewards reviewed the video evidence and determined that car 63 [Russell] was wholly at fault for the incident.

Car 11 [Perez] was passing on the outside at turn four, was at least fully alongside at the entry of the turn and all the way through the manoeuvre, including at the apex of the corner and left sufficient room for car 63, which ultimately struck car 11.

This was not considered as a ‘first lap incident’ as this was a battle between the two cars and was not affected by the pack of cars as can happen during the first lap.

Was the penalty the stewards gave Russell for his collision with Perez correct? Cast your vote below and have your say in the comments.

Was George Russell's penalty for colliding with Sergio Perez correct, harsh or lenient? 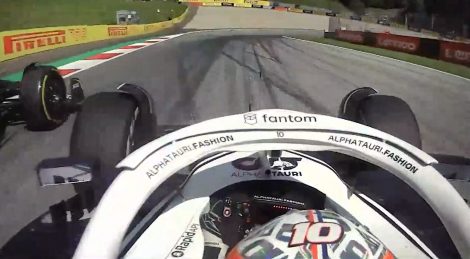 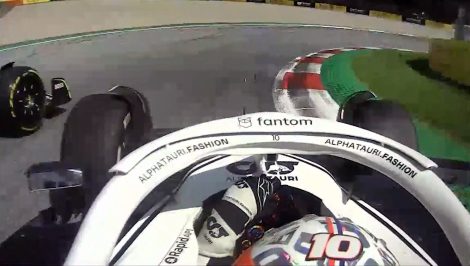 Vettel approached Gasly on the outside as they reached turn four, the pair turned into the corner and got most of the way around it, but as Gasly moved further wide the two cars met at the exit. 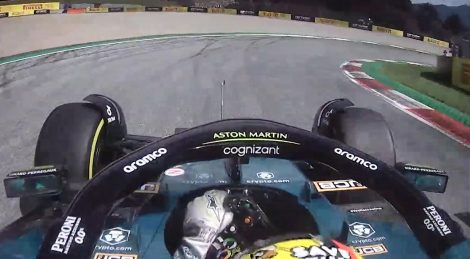 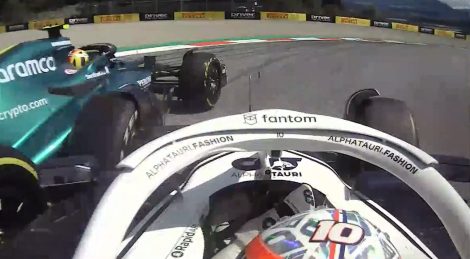 I think I was ahead and I don’t know where he wanted to go. Obviously, he wants to stay with his nose ahead. But he wasn’t and then that was it.
Sebastian Vettel

Well, I try to fight as hard as I can. I took a penalty so I guess I’m the one to blame. At the same time you know that when you are fighting there side-by-side, it’s always a risk, I think we’ve seen it in the past. It wasn’t intentional, but unfortunate for Sebastian.
Pierre Gasly

The stewards held Gasly wholly responsible for the collision and gave him a five-second time penalty and two penalty points on his licence.

The stewards reviewed the video evidence and determined that car five [Vettel] was at least fully alongside throughout his attempt to pass on the outside of car 10 [Gasly] at turn four and gave car 10 sufficient room at the apex. The stewards determine that the collision was wholly the fault of car 10.

Was the penalty the stewards gave Gasly for his collision with Vettel correct? Cast your vote below and have your say in the comments.

Was Pierre Gasly's penalty for his collision with Sebastian Vettel correct, harsh or lenient?

A RaceFans account is required in order to vote. If you do not have one, register an account here or read more about registering here. When this poll is closed the result will be displayed instead of the voting form.

73 comments on “Did the stewards give the right penalties for Russell and Gasly’s collisions?”