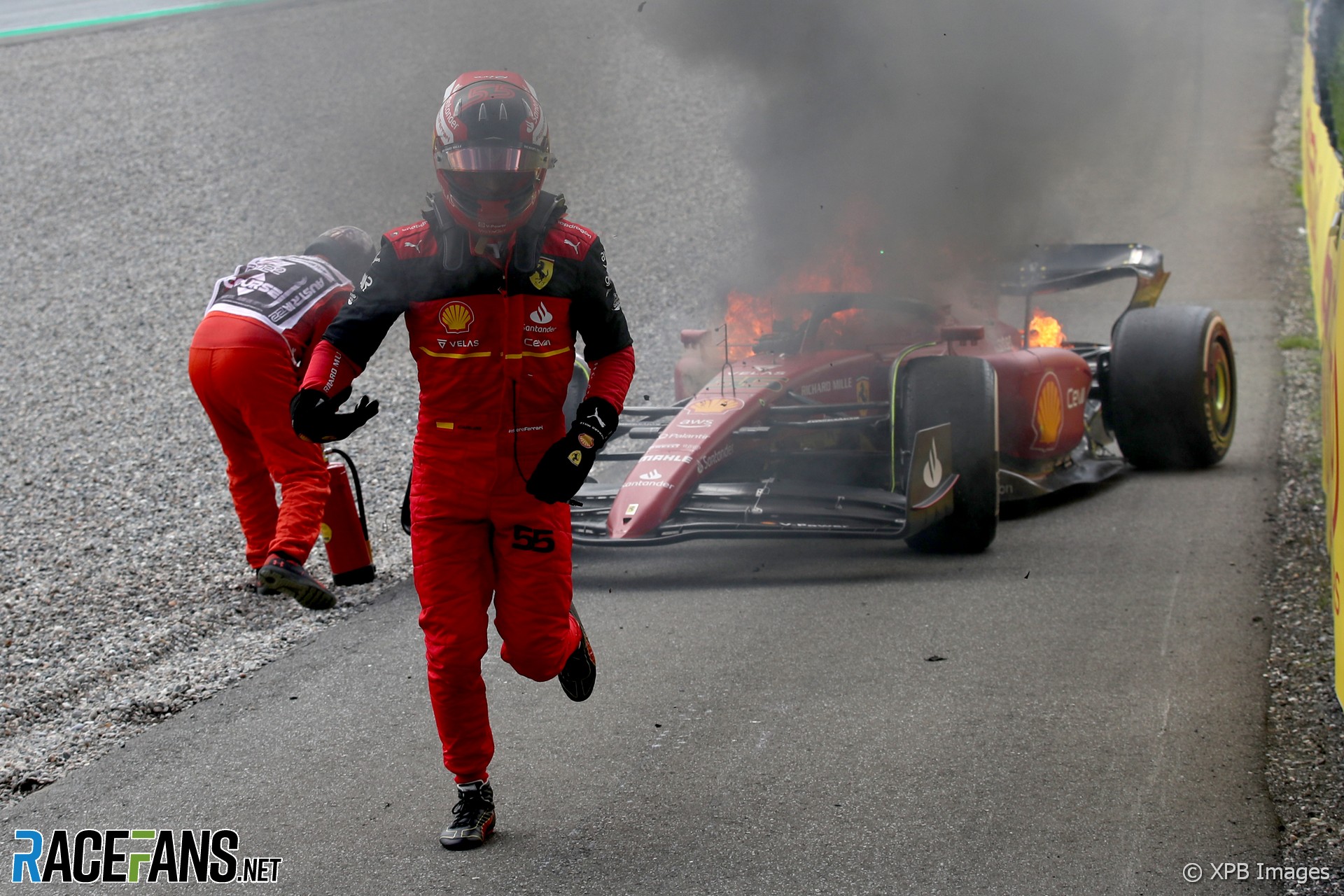 Carlos Sainz Jnr says the marshalling reaction to his engine fire during Sunday’s Austrian Grand Prix needed to be faster.

The Ferrari driver came to a stop on a slope near an access point in the run-off area at turn four. A marshal ran out to place a chock behind his front-right wheel to stop the car rolling backwards, but the car began to move as he tried to put it into position.

While flames began to take hold at the back of the car, Sainz was torn between escaping the F1-75 and preventing it rolling back towards the circuit.

“It was not an ideal and an uneasy situation for sure because I saw in my mirrors that the car was catching fire, but at the same time I was pressing the brake,” he told RaceFans and other media after the race.

“As soon as I tried to jump out, I saw that the car was rolling backwards and I didn’t want to leave the car completely free, out of control, rolling backwards while jumping out. I was calling the marshals to come and help me to put something on the tyres to stop the car rolling down. But I think the whole process was a bit slow.”

Eventually Sainz jumped clear of the car, which came to a stop next to a barrier, and the marshals doused the flames.

“At some point there was so much fire that I had to really get a move on and jump out independently. I think it was just at the time that the first marshal arrived and stopped the car.”

Sainz said the incident is “definitely something we need to look” to consider “what we could have done a bit faster because it was not the easiest situation to be in.”