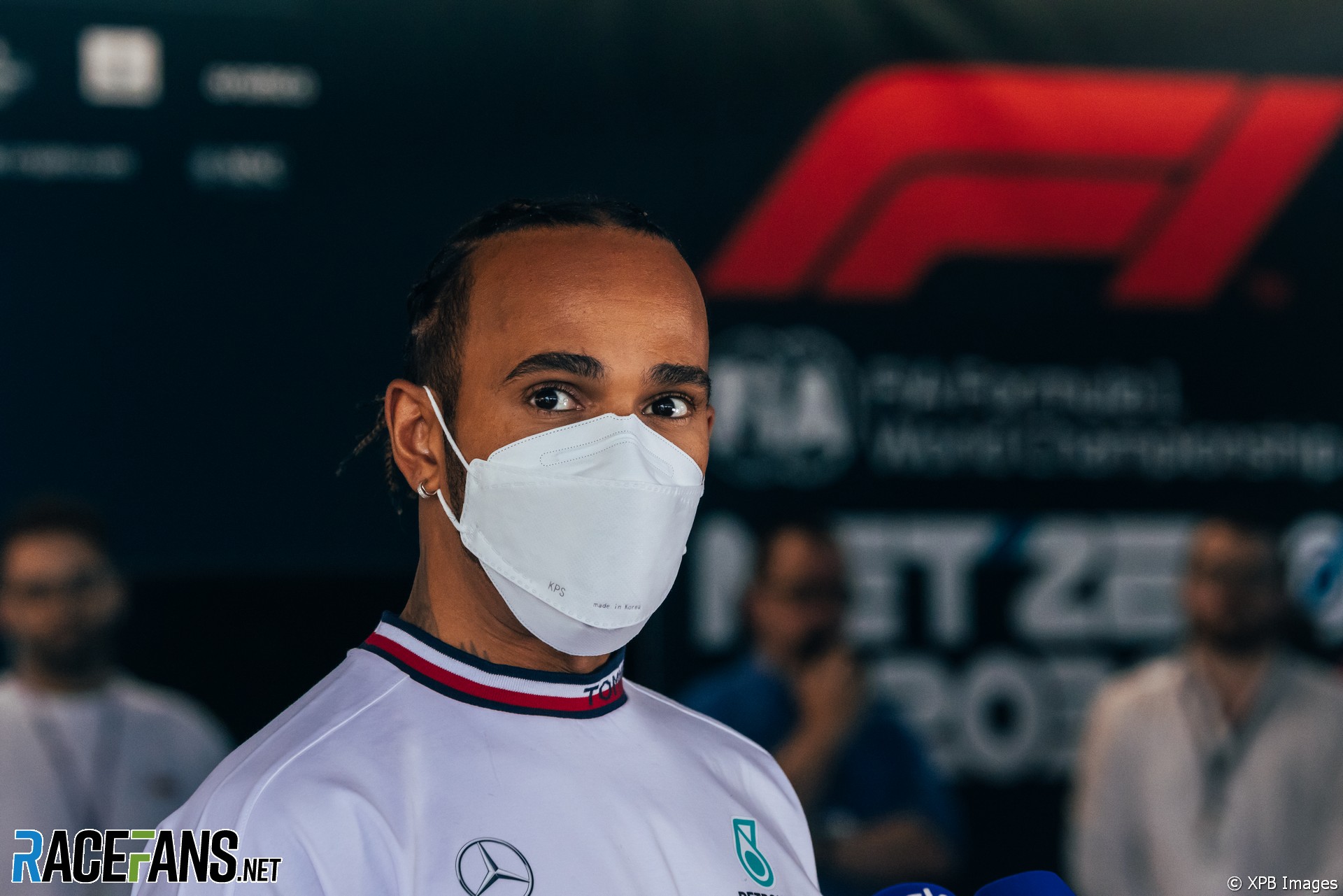 Lewis Hamilton says he has resumed wearing a mask to protect against Covid-19 as more people around him have contracted the virus in recent months.

The Mercedes driver said he’s “already experienced it twice”. He missed the 2020 Sakhir Grand Prix after testing positive for Covid-19 and said last year he believed he was suffering the effects of ‘Long Covid’.

Other drivers, including Daniel Ricciardo, and team members in the paddock, such as Ferrari team principal Mattia Binotto, have also been seen sporting protective face coverings around the paddock in recent rounds of the championship.

Hamilton, who wore a mask during the post-race press conference yesterday and on other occasions during the Austrian Grand Prix weekend, said his decision to do so was a “personal choice.”

“I noticed a lot of people around me are getting sick and I definitely don’t want to get sick again,” he explained. “I’ve already experienced it twice.

“But just I notice a lot of people around me, a lot of my friends messaging me that they’ve got Covid and some of them are much worse than others.”

Hamilton’s race engineer Peter Bonnington was absent from last weekend’s round at the Red Bull Ring. Marcus Dudley, who previously substituted for Bonnington at the 2019 Mexican Grand Prix, stepped in again.

Hamilton did not confirm whether Bonnington was among those he know who had contracted Covid, but said: “Obviously I didn’t have Bono with me this weekend.”

“No one’s wearing a mask so I’m definitely wearing my mask,” he continued. “I urge people to do what they want to do, it’s your health at the end of the day. But I want to go home healthy. I want to be able to get up and train and do the things I love doing.

“I try, if I can, to keep the people that I love around me also safe when I can, when I’m around them.”

The most recent data from the World Health Organization indicates global Covid-19 infections rose by almost 18% week-on-week at the end of last month.