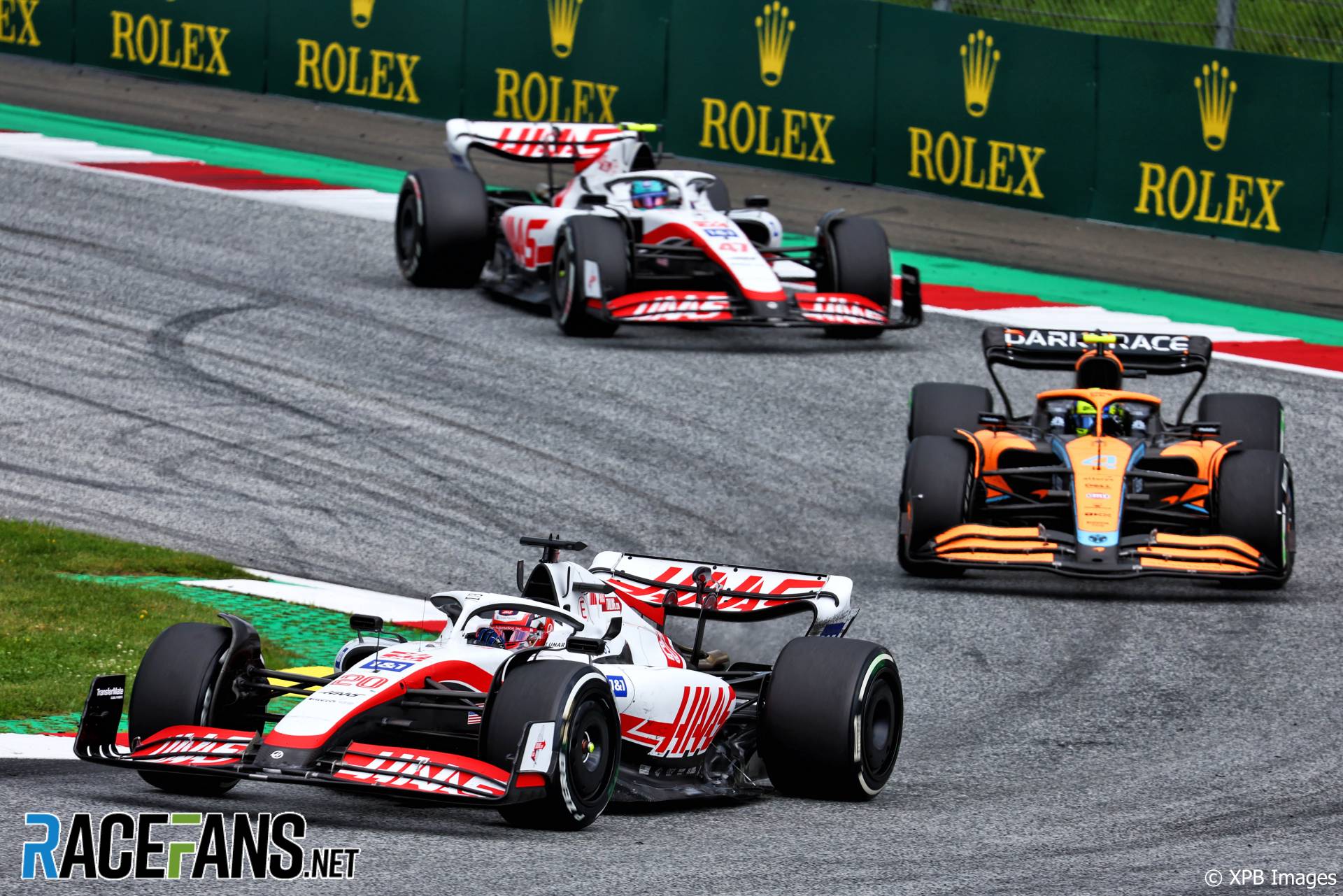 Kevin Magnussen spent much of the Austrian Grand Prix wondering whether he would finish after a problem developed with the Ferrari engine in his Haas.

But despite suffering a misfire from lap 15 of the race, Magnussen picked up points for eighth place at the Red Bull Ring.

“It was a slight issue that didn’t make me feel so good because I was getting very nervous it would blow up,” Magnussen told RaceFans and other media after the race. “It’s not the first time this year.

“But there was good pace in the car and even with that slight misfire every time I went on throttle it was still fast and I was able to still score points.”

Magnussen explained how he adjusted his driving style to cope with the problem. “About 15 laps in I started getting it and then it was just every time I went on throttle on very low revs. I had to use one gear lower in every corner, which wasn’t ideal.

“But I was able to finish the race, I was praying to God that it wouldn’t blow up and it didn’t so very happy.”

“It’s not perfect, of course, but it’s been a great couple of weekends, double races with double points for the team,” said Magnussen. “This weekend, 14 points, sprint race points and then double points today, it’s kind of perfect for us.”

Schumacher complained Haas left him behind his team mate in Saturday’s sprint race. Magnussen said he wasn’t instructed to let his team mate past during the grand prix, but didn’t put up a fight when Schumacher appeared in his mirrors.

“The way I see it is if he’s faster we need to work together as a team and I’m not going to block him and slow down the team as a whole,” he explained.

“I’m here to help the team. I’m not here to win the world championship right now, that’s not my position, hopefully one day that can come but for now I’m a team player. So I’m very happy that we scored double points today and if you had seen me blocking like mad, maybe we wouldn’t have scored both points.”