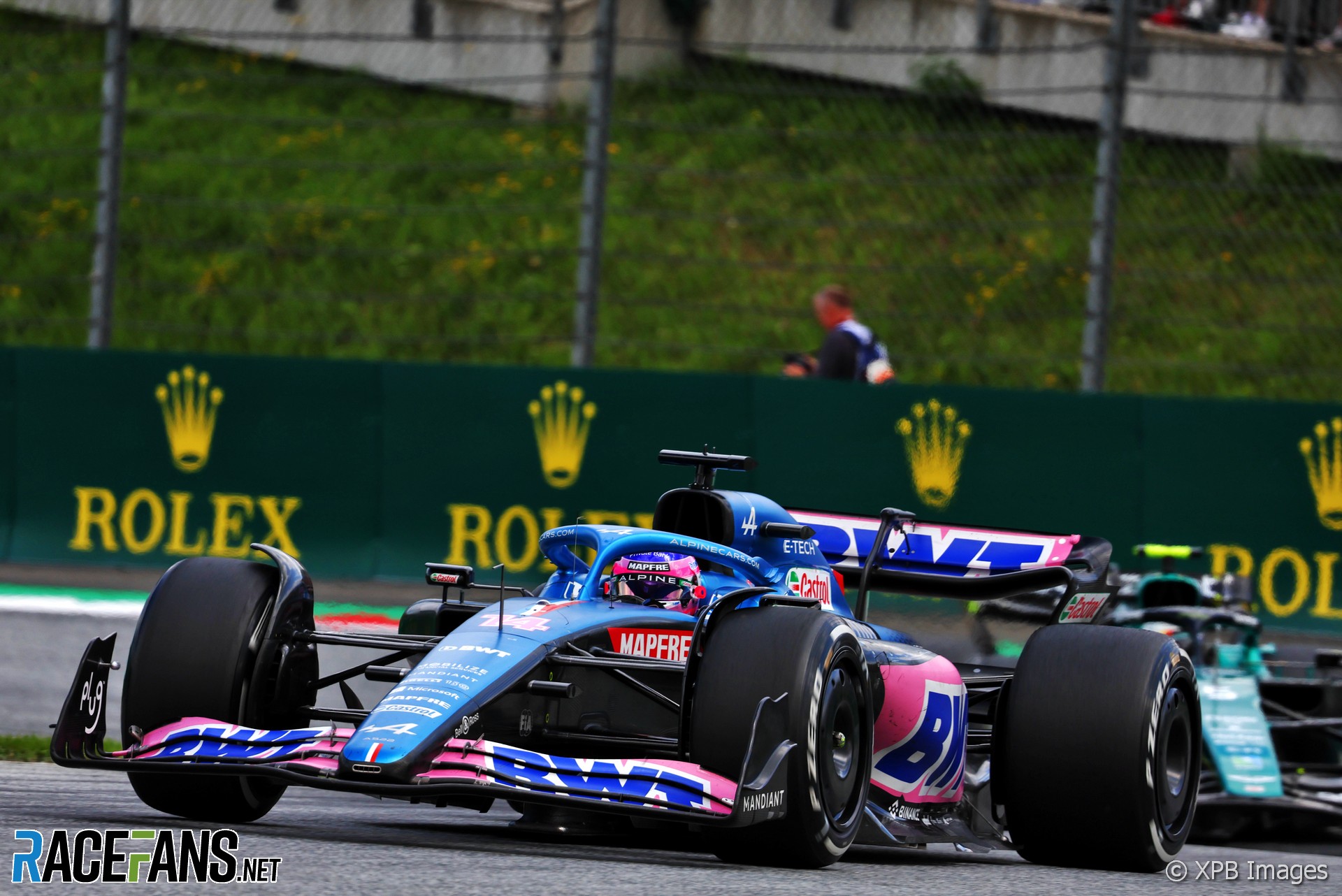 Fernando Alonso kept his tenth-place finish, and the point for it, after the stewards ruled his team did not send his car onto the track in an unsafe condition following a pit stop.

The Alpine driver and a representative of his team were summoned to the stewards after the race to answer questions over why a wheel had worked loose following a pit stop on lap 57.

Following the discussion and after studying broadcast and CCTV footage of the pit stop, the stewards ruled Alpine’s pit stop procedure had been safe and Alonso’s front-left wheel had come loose due to a technical failure. They therefore took no action against the team and driver.

Alonso made the pit stop, which was his third of the race, during the Virtual Safety Car period triggered by Carlos Sainz Jnr’s retirement. “The left front wheel subsequently came loose by a small margin and the stewards investigated to see if the car was ‘released in an unsafe condition’ which is a potential breach of Article 34.14 of the FIA Formula One Sporting Regulations,” the stewards noted.

They found there was no indication of any problem with the wheel until after Alonso returned to the circuit. “There is nothing in the video to indicate that the pit stop was anything other than a normal pit stop, including that the wheel concerned appears to fully engage and become fully tight,” the stewards noted.

“The team manager reported that the mechanic fitting the wheel reported that everything felt normal, and indeed his body language on the video appears completely normal. Nothing appears to be wrong until just before turn three, where the wheel slightly disengages from the car, by a very small amount.”

After Alonso noticed he had a problem with his car, he told his team only that he needed to come back into the pits. “Shortly after turn three the driver [stated] on the radio that they will need to box again,” the stewards continued. “When asked by the crew the driver simply reported that they needed to box again.

“In the hearing, the driver stated that he cannot see the rim of the wheel and that all he felt was a small vibration. This is consistent with the video, in that the movement of the tyre was hardly distinguishable.

The FIA’s technical delegate Jo Bauer and its head of single seater technical affairs Nikolas Tombazis inspected the Alpine’s wheel. “They reported to the stewards that the damage to the wheel and [axle] is consistent with a parts failure in all likelihood subsequent to the exit of the car from the pits.

“Based on the footage of the car from the moment the wheel was fitted, until the failure became apparent, the stewards conclude that the wheel was fully fitted, and that subsequent to the failure, all the retention systems worked as designed.

“The stewards therefore conclude that the car was not released in an unsafe condition and take no further action,” they concluded.