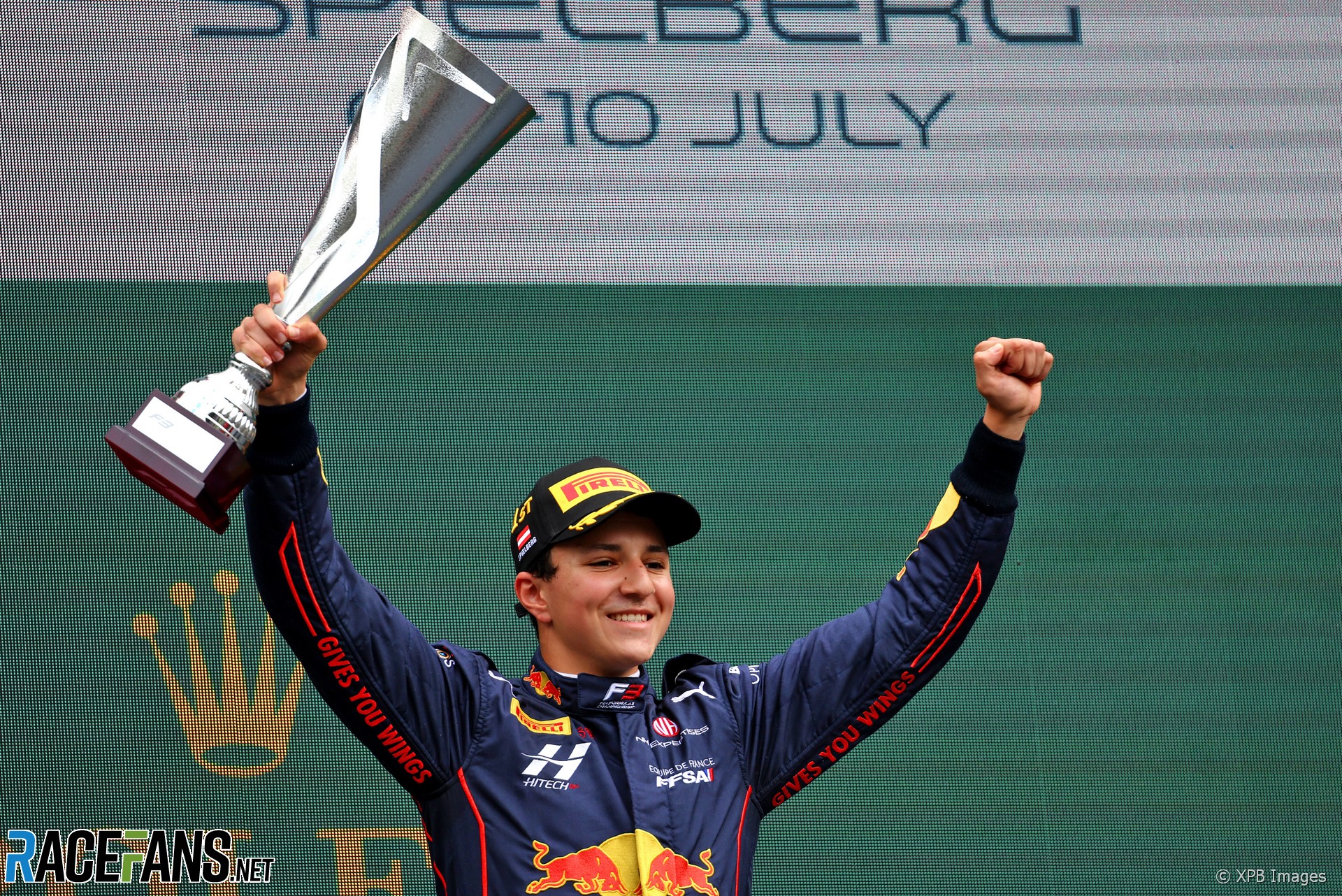 The race started in wet conditions, with all drivers obliged to take wet tyres for the 25 laps. Isack Hadjar had claimed pole during Friday qualifying, with championship leader Victor Martins lining up alongside him.

It was a rolling start, as rain continued to pour down on the track. The Safety Sar came in after the formation lap but drivers continued in treacherously wet conditions with massive amounts of standing water on track.

Hadjar held the lead on the rolling start and he and Martins effectively separated from the pack for the rest of the race. The only wobbly moment for Hadjar was on lap two, when he ran wide at turn one and nearly allowed Martins an opportunity to overtake.

Martins made an error on lap four, sending him into a spin and nearly losing touch with Hadjar out of turn nine but able to continue having held onto second as the chasing field had been spread out due to the conditions.

The rain had stopped by lap nine and a drying line was emerging, leaving many drivers leaving the racing line to cool their wet tyres over the damp patches that still remained around the circuit.

Several clashes between drivers impacted the race. Zdenek Chovanec and Federico Malvestiti hit each other on lap 15 to no real effect and Chovanec again made contact with team mate Francesco Pizzi, leaving him stuck in a gravel trap.

Despite a late-race Safety Car, from laps 21 to 23, Hadjar controlled the race and was able to stay out ahead. Martins took second place, with Oliver Bearman completing the podium.

Martins holds the championship lead but by just one point, ahead of rookie Hadjar, on 98 and 97 points respectively.