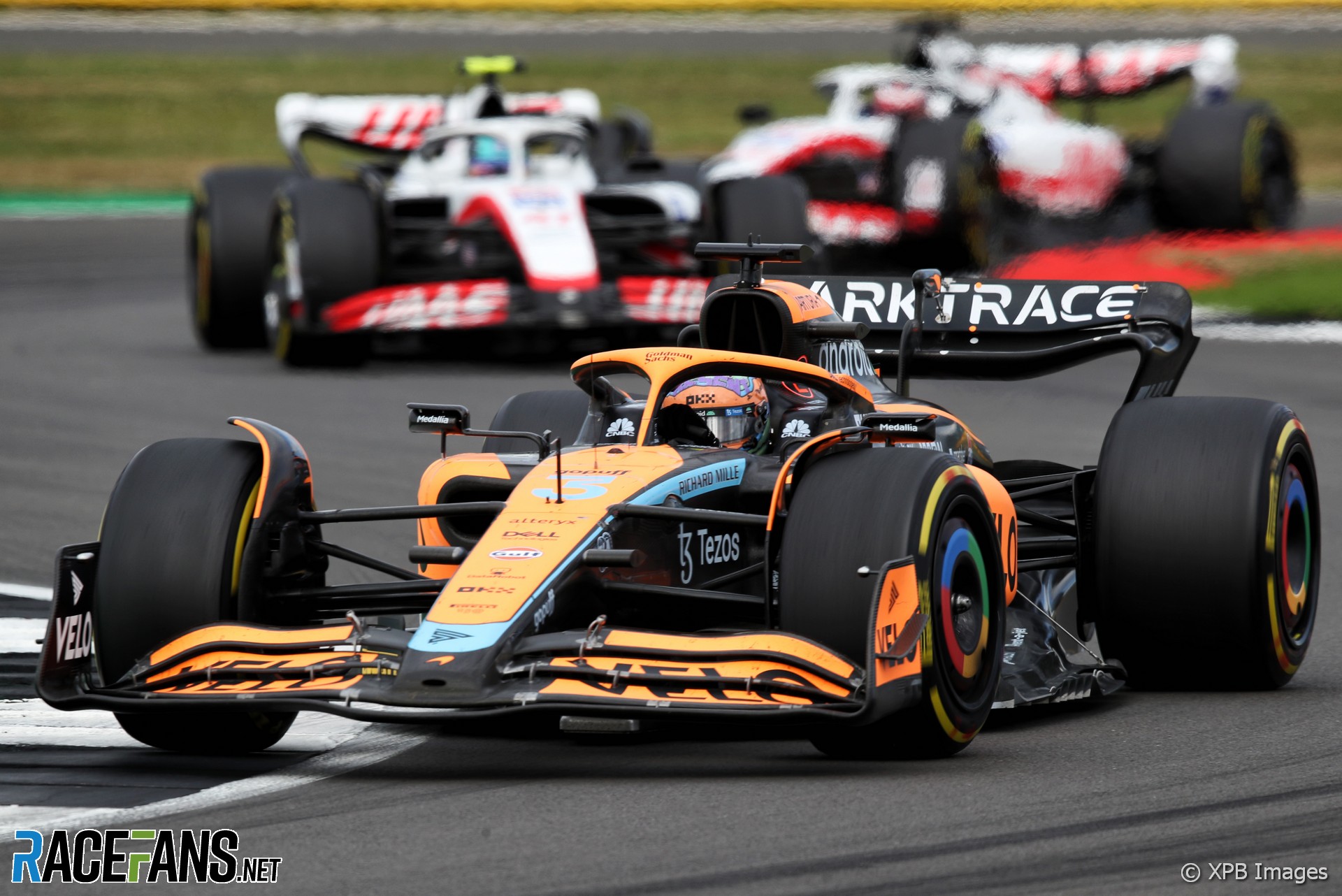 Daniel Ricciardo was puzzled by his McLaren’s lack of performance in the British Grand Prix, but said the lack of grip felt similar to what he experienced four races earlier in Spain.

The McLaren driver finished 13th, seven places behind his team mate, at the end of a race he described as “pretty sad”.

“Once the race got restarted I was just struggling with grip,” he told media including RaceFans. “It simply didn’t feel like I was operating at the same level of grip as the others.

“I was getting eaten up and couldn’t really do anything about it. Then that seemed to be our pace for the race.”

The team discovered a fault with his Drag Reduction System at one stage. “I remember braking into turn six [Brooklands] and the car was all over the place, I thought I had a puncture,” said Ricciardo. “So when I went to look at the rear tyre, I saw the DRS was open.

“So we had a failure there, we came back to the pits to fix it, but then obviously we couldn’t use it for fear that it would get stuck open again. So at the end then on the restart I couldn’t really attack the cars.”

The loss of grip was “something I felt in Barcelona as well,” said Ricciardo, as if his car wasn’t “operating on the same level” as the others.

“Just basically corner speed, the way you’re able to roll the car just with the tyres not biting, not gripping.

“We ran over quite a bit of debris with the accident in the beginning. But obviously the team checked, we had a lot of time to check the car. So unless we find something that we missed, otherwise we’ll have to keep digging.”