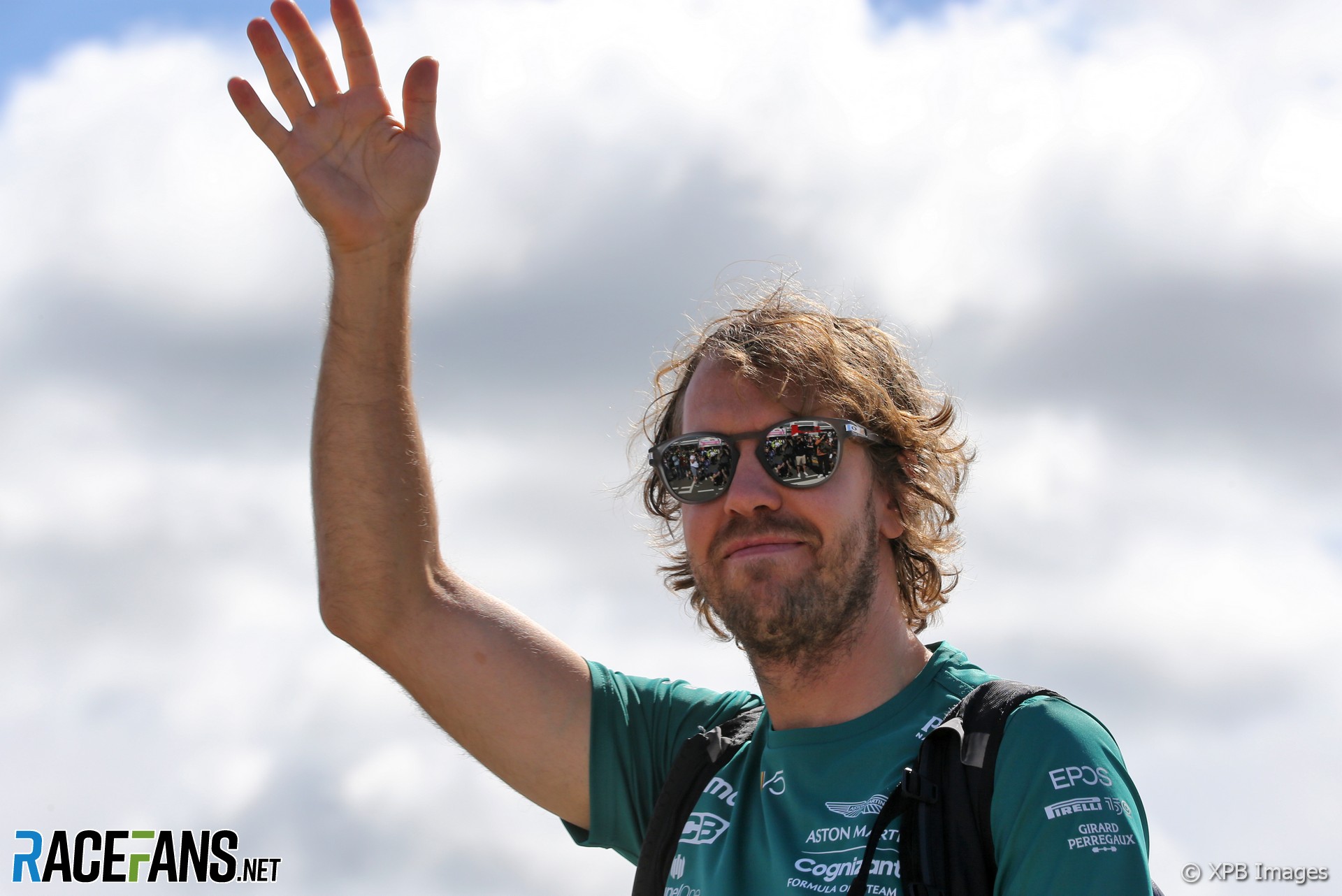 However he also said they were wrong to put lives at risk by entering the track at the start of the race.

Protest group Just Stop Oil were behind yesterday’s track invasion. Seven people were arrested after entering the track near the Wellington Straight as the race began. The race was red-flagged around the same time due to Zhou Guanyu’s heavy crash.

Vettel said he noticed the protesters on the track after the start. He believes they acted out of “desperate” concern over climate change.

“I very much sympathise with their fears and anxieties,” said the Aston Martin driver. “I think everybody who understands the size of the problem that’s drifting towards us can understand.”

However he pointed out the protesters put their own lives at risk as well as the marshals who helped apprehend them.

“On the other hand, I see the other side, there’s marshals trying to stop people from doing this kind of thing and you’re risking people that are involved in the race weekend drivers, marshals. So there’s two sides.

“But I think the message was very clear and like I said, I completely sympathise with their fears and anxieties.”

Former Formula 1 driver Martin Brundle, who has been part of the commentary team for coverage of the sport for 25 years, said in a comment on social media no one should “encourage this reckless behaviour”.

“They’d have been sliced into 100 pieces and fans, marshals and drivers were wholly at risk of injury and death,” said Brundle. “We already had one lucky escape. I totally 100% support freedom of speech and opinion, but do it responsibly.”