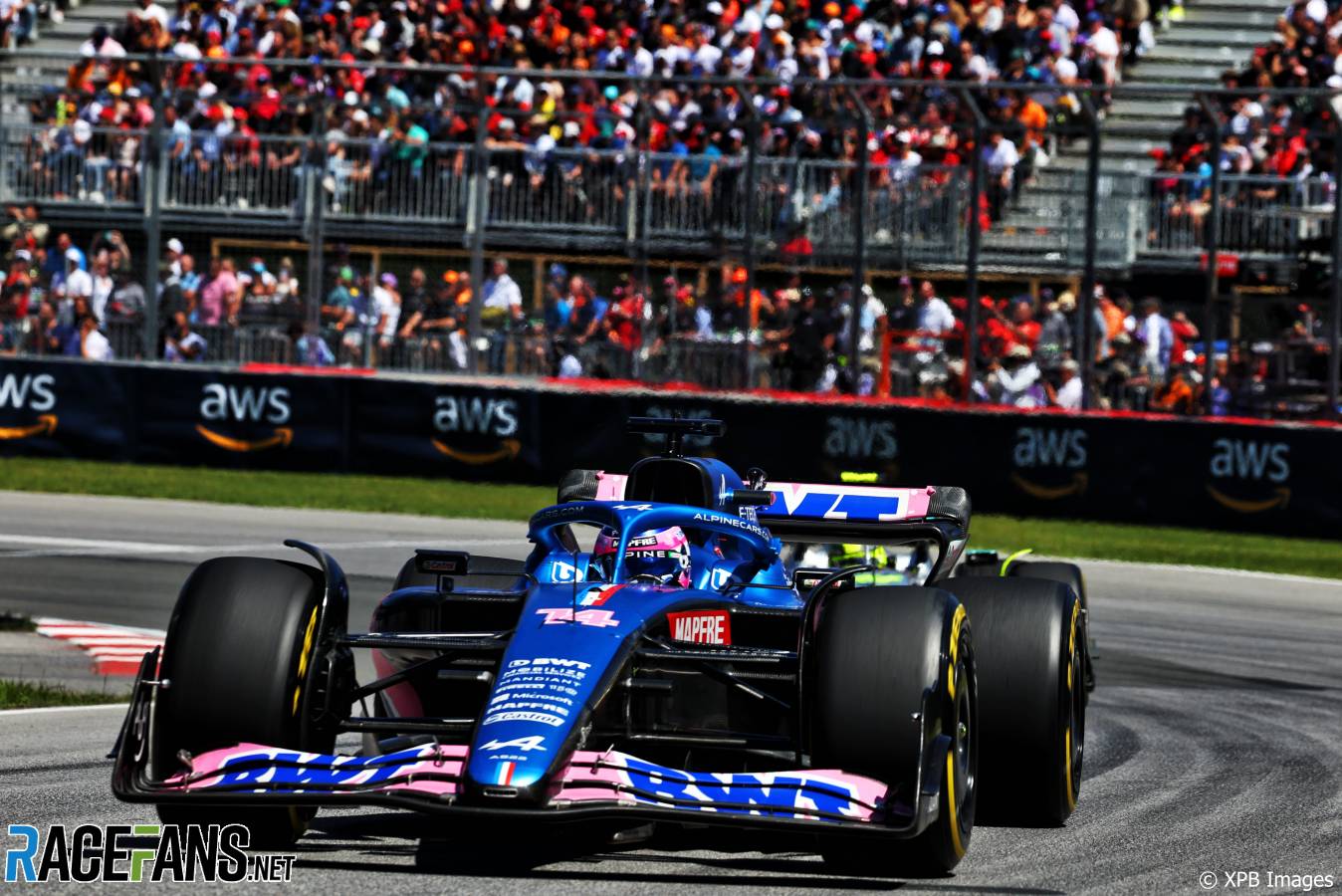 Fernando Alonso says Alpine need to improve the reliability of his car after suffering an engine problem in the Canadian Grand Prix which he says cost him a second per lap.

He was disappointed to finish seventh behind team mate Esteban Ocon after starting on the front row of the grid.

“So if we didn’t finish in the podium or P4, it’s because we had a reliability issue on car 14 and unlucky maybe with the Virtual Safety Car. But luck you cannot control – reliability on car 14 should be better.”

He said the engine problem was the only thing which held him back from a better result. “We had an engine problem on lap 20 where we cut the energy very early on the straights, as soon as we exited the corners.

“We tried to fix it but it didn’t work. Luckily we didn’t retire the car and we still scored a few points.”

Without his engine problem, Alonso believes he could have beaten Lewis Hamilton to third place.

“Until that point, I think we were fighting for the podium. At the beginning of the race I felt strong compared to Hamilton, we just didn’t have the pace of Verstappen and Sainz but okay to control Hamilton and the Mercedes.”

The team opted not to pit him under either of the two Virtual Safety Car periods, which cost him time relative to his rivals.

“The Virtual Safety Cars, lucky or unlucky, that could change the race,” he said. “But we could still maybe [have been] fighting for P3, P4.

“But then when the engine problem came, it was just trying to survive. Trying to get the DRS, driving kamikaze in the corners before the detection, because the DRS was my only safety on the straights after that.”

Alonso was unhappy Alpine did not tell Ocon to let him past in the closing stages and pointed out he’d been quicker than his team mate all weekend.

“I could not pass. But it was very frustrating because my car was flying this weekend and I had one second deficit more or less on the straights and even with that I was still quicker on the race. So it’s unbelievable to finish P7.”