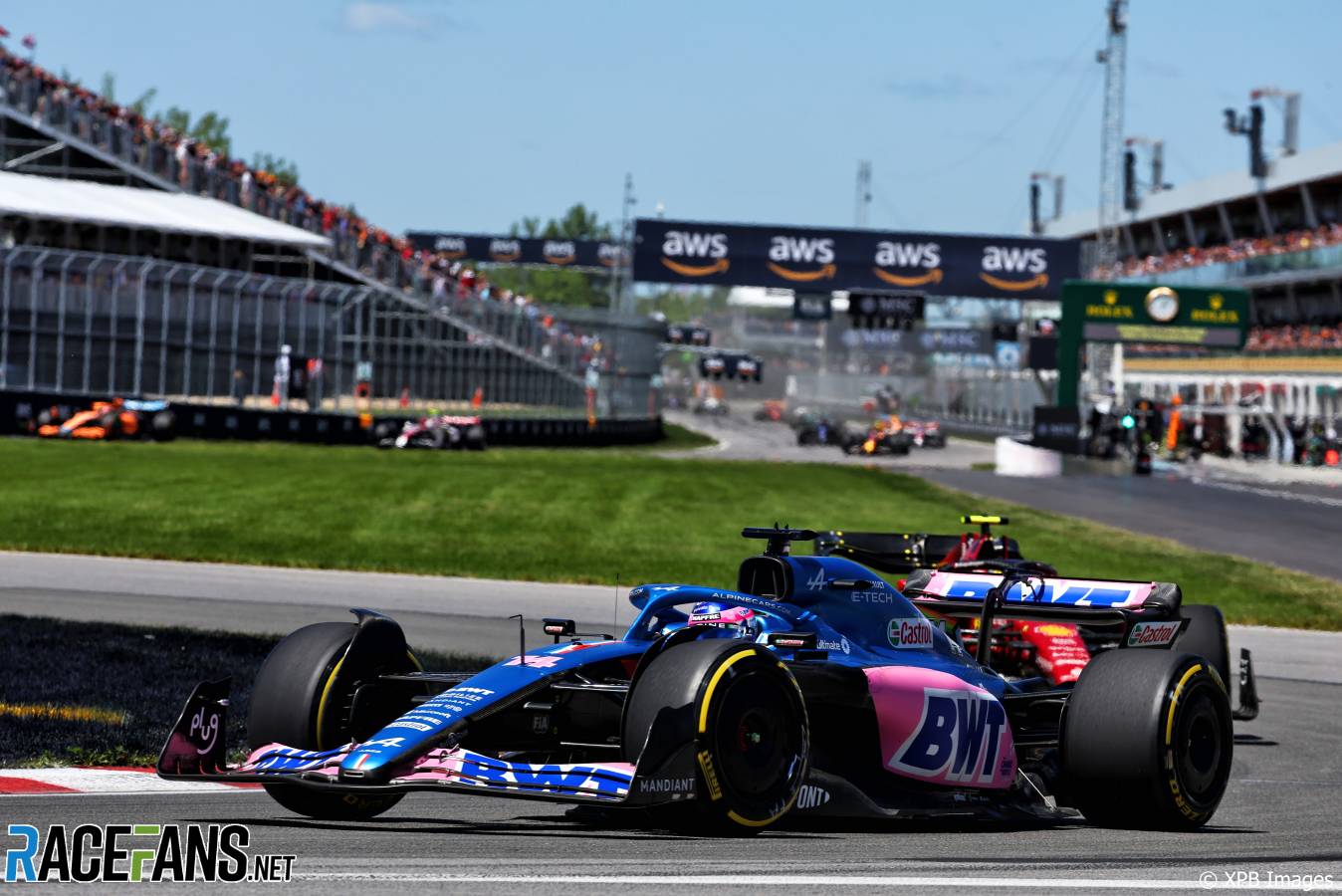 Fernando Alonso has been given a five-second time penalty for weaving in front of Valtteri Bottas while the pair were fighting for seventh place at the end of the Canadian Grand Prix.

The pair crossed the line separated by three-tenths of a second. Bottas complained about Alonso’s defending on the radio, telling his team: “Check that weaving by the car ahead that was dangerous.”

After scrutinising video footage of the incident and speaking to both drivers, the stewards ruled Alonso had changed his line repeatedly in front of Bottas.

“Between turns 10 and 12, on the penultimate lap of the race, car 14 made repeated changes of direction to defend against car 77 who had to lift at one point and briefly lost momentum.

“Whilst noting the driver’s point that at no stage was any point of car 77 alongside car 14, the stewards consider this to be a clear breach of the above regulation. The stewards therefore impose a five-second time penalty in line with that imposed for a similar incident in Australia 2022.”

Alonso’s penalty elevates both Alfa Romeo drivers, Bottas taking seventh ahead of Zhou Guanyu, while Alonso falls to ninth. He has also been given a penalty point on his licence, putting him on a total of six for the current 12-month period.

The stewards also ruled Sebastian Vettel did not deserve a penalty for failing to stay within 10 car lengths of other drivers during the Safety Car period at the end of the race.

“After initially closing up to the car in front under the Safety Car procedure, for a period of time car five [Vettel] did not maintain the 10-car length rule.

“Therefore the stewards conclude that a penalty for car 5 is not appropriate in these circumstances.”