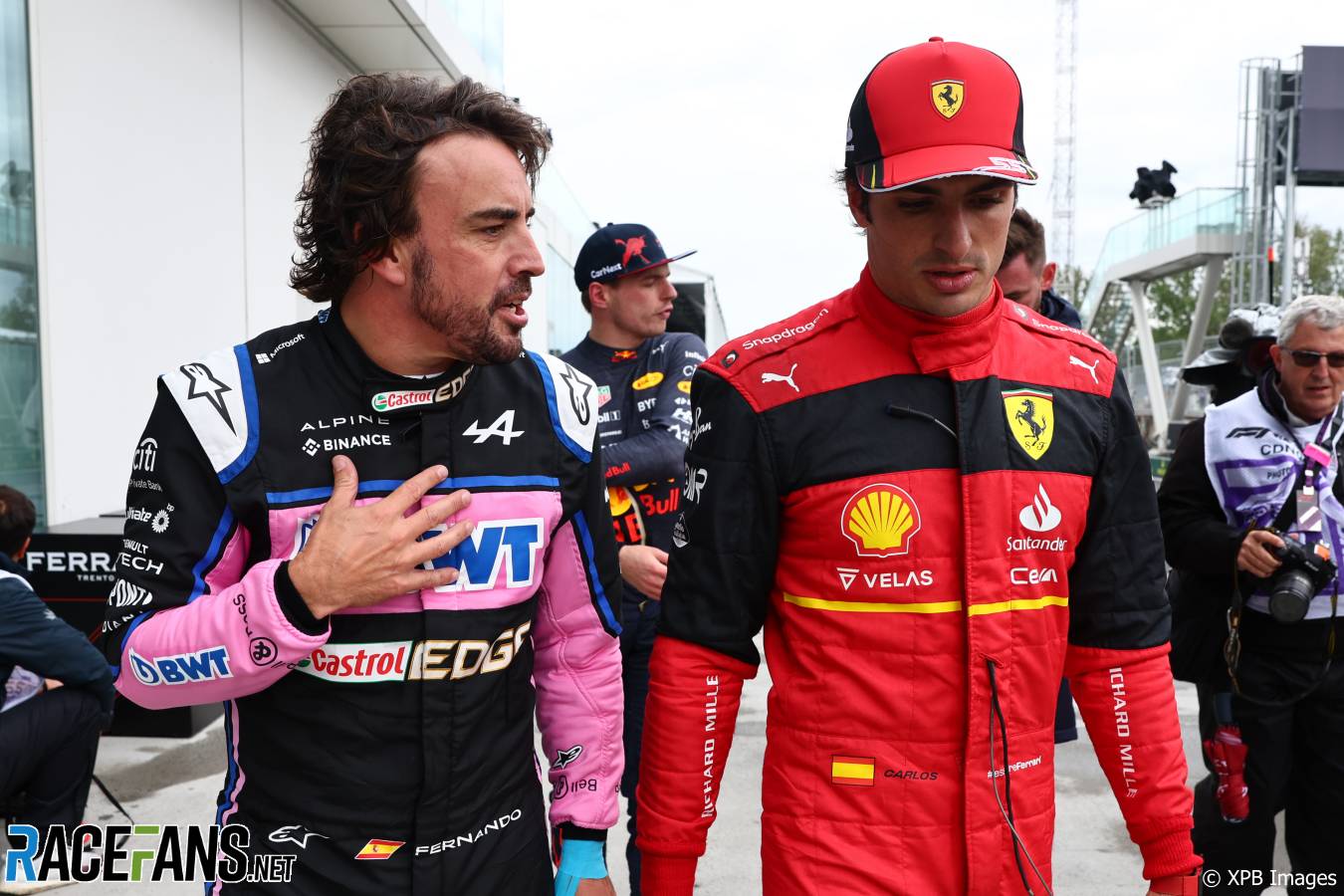 After qualifying third in Montreal, Carlos Sainz Jnr admitted he had pushed too much in the final corner, missing out on a front row start.

He finished seven-tenths of a second down on pole-winner Max Verstappen, but lost second on the grid to Fernando Alonso by a tenth.

Sainz’s final lap began strongly, as he matched Verstappen’s sector times closely at first. He said the lap started to get away from him halfway around the Circuit Gilles Villeneuve, and he slipped up at the final corner.

“In that lap I was coming purple sector one, then sector two I knew I had lost a bit too much and then I just tried to do a very quick last corner, then it didn’t pay out and it cost me half a second.”

“I was just trying to go for it, for the pole and in the end I ended up P3 for that mistake,” he admitted.

However he believes his qualifying position puts him in a strong place ahead of the race.

“We’re in a good position for tomorrow, I think it’s going to be a good fight with Max at the front. And let’s see what we can do with Fernando because he’s been very quick all weekend so let’s see how it goes.”

After several poor weekends for Ferrari, Sainz said that collecting good points and returning to the championship fight had to be the target. But overall, he had gained pace with the 2022 car.

“Today I was feeling quite okay with the car, especially with the full wet, as the track was drying I felt like the others did a bit of a step and maybe I was lacking a couple of tenths.”

Sainz was the sole Ferrari representative in Q3 after Charles Leclerc dropped out in Q2. He will start 19th after collecting a penalty for exceeding his power unit parts allocation.