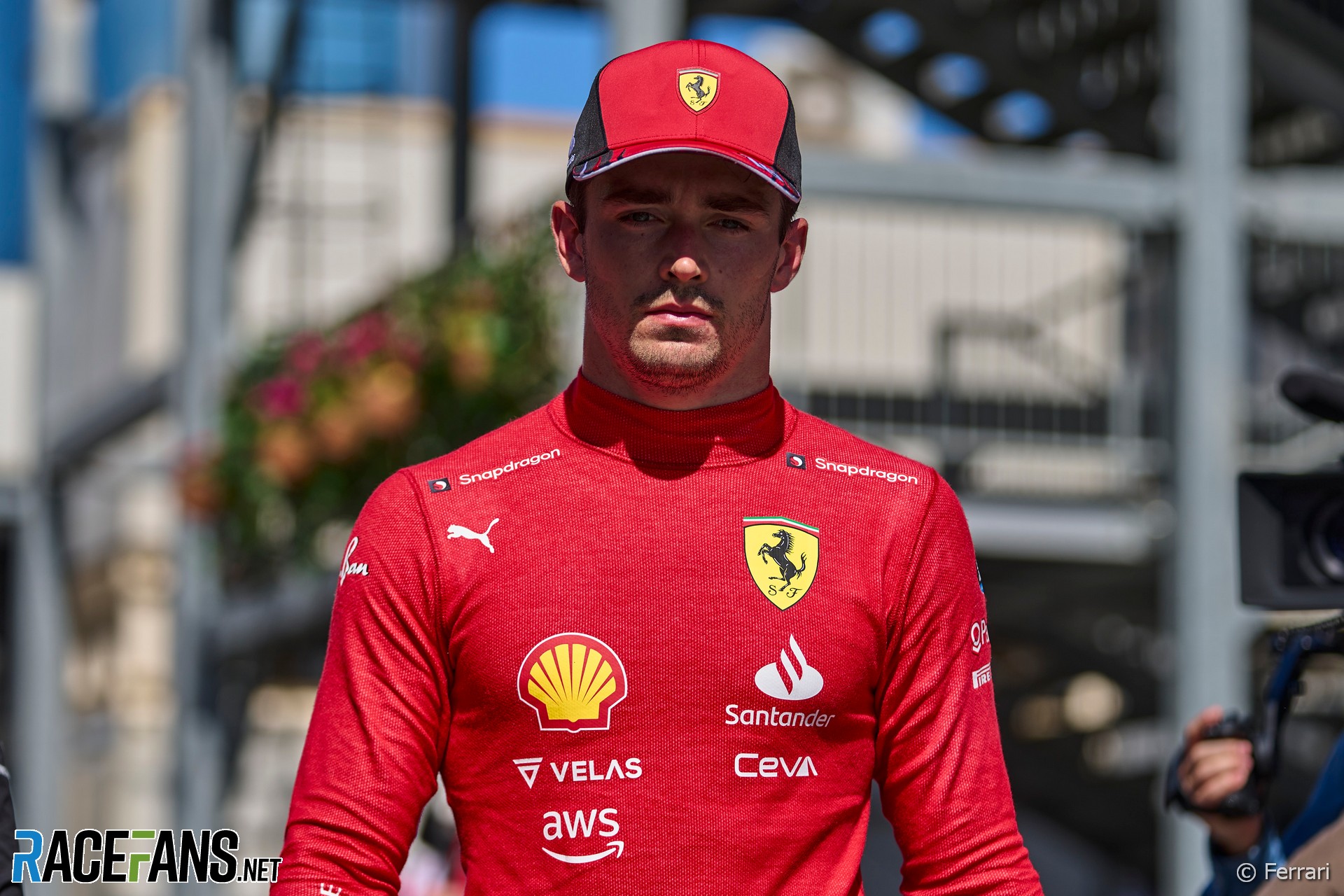 Charles Leclerc says he still has confidence in Ferrari and belief in his championship chances despite retiring from the lead for the second time in three races yesterday.

Having lost the lead from pole position, Leclerc moved back to the front by pitting during a Virtual Safety Car period. But he was only in the lead for a single lap before a power unit problem struck.

He also retired from the lead in Spain two races earlier. He led the following round in Monaco too but fell to fourth at the finish following questionable strategic choices by his team.

Reacting to his latest retirement, Leclerc said: “Any DNF is hard. Obviously now is not the third in a row but, to be honest, Monaco felt like a DNF. So it’s the third disappointment in a row and it’s not easy.”

Five races ago, Leclerc held a 34-point lead in the championship with 46 in hand over Max Verstappen. The Red Bull driver now leads the standings with Leclerc 34 adrift.

“Overall, I’m confident that mentally I will be as strong as I was five races ago when I was leading the championship at the next race,” Leclerc continued. “The motivation is still there.”

However, he made it clear Ferrari must solve the reliability problems which have caused three retirements in the last three races for himself and team mate Carlos Sainz Jnr.

“We need to get on top of those things and obviously reliability is something that we need to look into after the last three races. So as a team, we need maybe to do a step on that.”

“I believe we can win the championship still but we need to be on top of those things,” he added. “After the last three races I think we’ve shown that we’ve lost too many points and we need to look into this.”

Asked whether the problems affected his confidence in the team, Leclerc answered: “No, it doesn’t.”