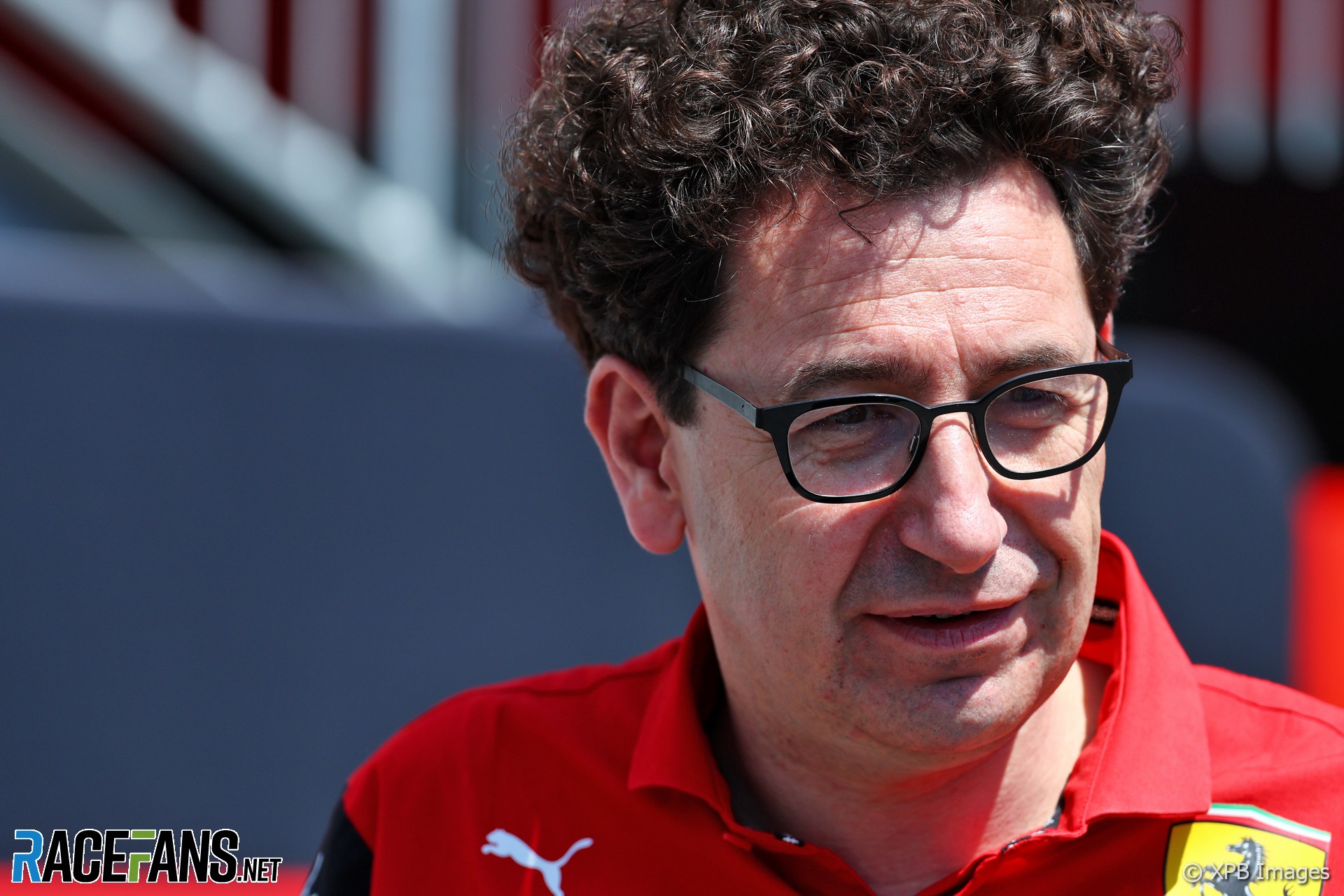 Leclerc retired from the lead of Azerbaijan Grand Prix with a power unit problem. His team mate Carlos Sainz Jnr had already retired with a suspected hydraulic fault earlier in the race.

Asked if the failures were caused due to problems Ferrari were previously familiar with, Binotto replied “honestly, not.”

“We still need to analyse and understand,” Binotto continued, “but I think if you look at the two [Ferrari] cars, certainly different problems. We had a hydraulic problem for Carlos first. Where it was coming from now we’ll look at the hydraulic system and hopefully we will identify it.

“On Charles, a different one. Certainly engine-related, I think that’s quite obvious by the smoke. Is it something we had in the past? I don’t think so, but maybe yes, we need to look as well at what happened to our customer teams.

“But again I don’t think that with the telemetry data we can have a clear answer of the problem. Components will be sent back to Maranello as usual, we need to disassemble, try to understand and to fix them as soon as possible.”

Leclerc had held a 12-second lead over Max Verstappen when he retired from the race. The team had taken advantage of a Virtual Safety Car period to pit Leclerc for hard tyres.

After Ferrari’s Monaco Grand Prix defeat put their strategic decisions under scrutiny, Binotto said he was happy with the performance of the pit wall in Azerbaijan, despite a slightly slow stop for Leclerc.

“The pit stop itself went very well,” said Binotto in response to a question from RaceFans. “The tyres were fitted very, very soon on the car, we had the green light because the entire system works well.

“But both the front and the rear jack I see went up, for whatever reason. I don’t know if they were linked, if the rear was the consequence of the front or vice-versa. It’s something which we need to look at, I have no answer yet.

“In general, the strategy, I think that the team has been very reactive at the time of the Virtual Safety Car, for Charles’ team, because he was already very close to the pit entry. We have been very, very sharp.”

Verstappen later claimed he believed he would have been able to catch Leclerc out in the lead of the race and pass him for the victory if the Ferrari had not retired. But Binotto says Ferrari felt “very strong” about Leclerc’s position in the race before his problem struck.

“Obviously it was still a very long race, you need to manage the tyres to the end,” he said. “The tyre degradation of the hard for what we saw was very little.

“We will look at all the numbers and I’m pretty sure everybody will have a forecast as to how the race would have finished. But we felt very strong, certainly, in the lead with a strong tyre and Charles was very happy with the car behaviour.”