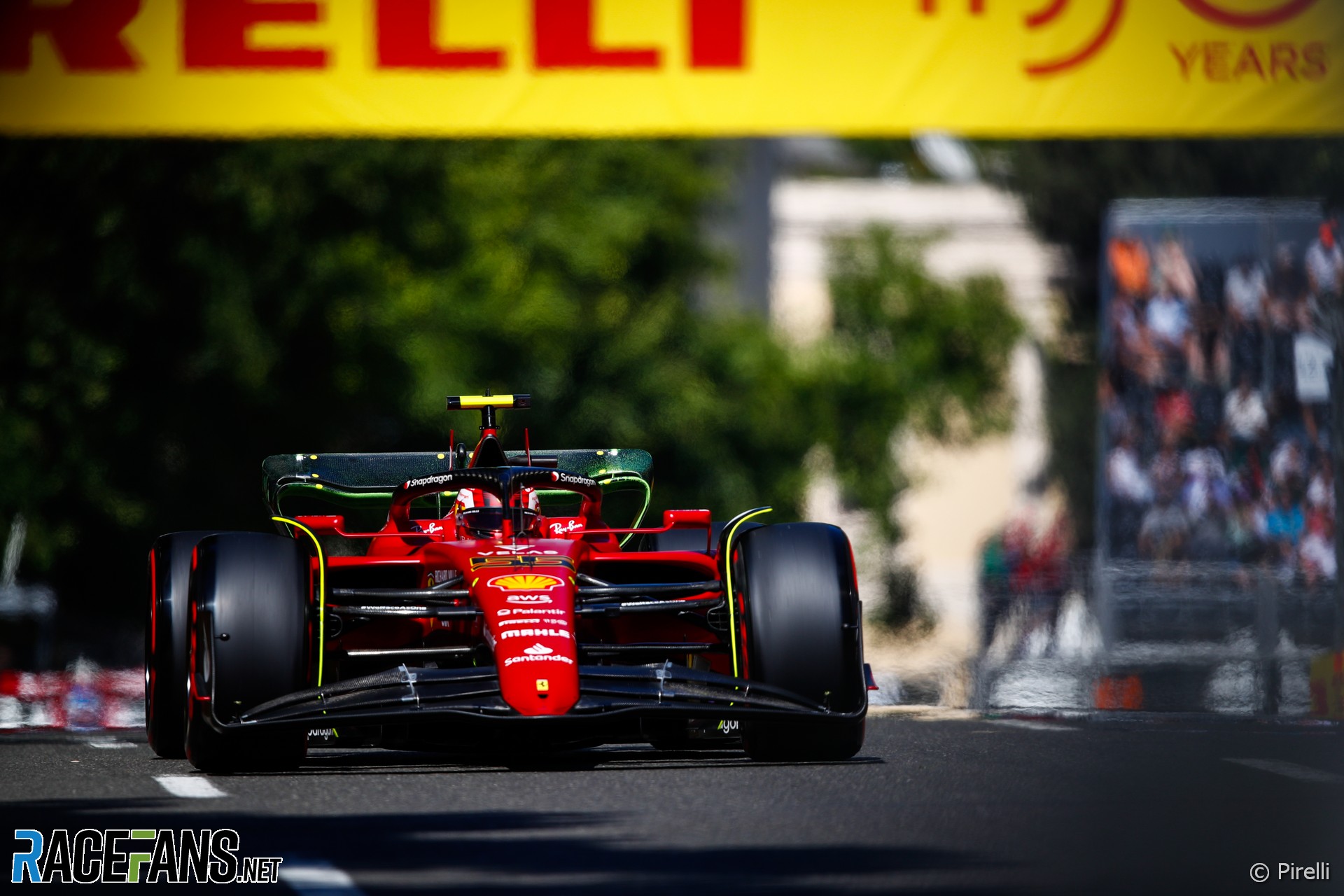 Carlos Sainz Jnr said it was his decision to do his final lap of qualifying without a tow after missing out on pole position in Baku.

The Ferrari driver was quickest after the first runs in Q3, but fell to fourth behind his team mate and the Red Bull drivers when they set their final times.

Sainz admitted he would have been better off running in the slipstream of another car, but said he decided not to.

“It was my call,” he said. “I felt like the whole quali I had been quite consistent in terms of track positioning and tyre preparation. So I knew I was giving up around a tenth and a half on the main straight because of this.

“But tyre preparation and clean air in front is also important and it was my goal to go ahead and try and get clean laps in. So we will analyse it. Maybe the other was a better call but the mistake was mine, not the track position.”

He lost more time on his final run with a mistake. “Already the first lap of Q3 I had a couple of very tight moments with the wall,” he explained.

“On the second run, trying to clean everything up, I actually did a mistake and it cost me quite a bit. But I’m still in the fight and still making progress so I’m going to take the positives.”

Sainz said he’s been taking longer to build up his speed after a series of crashes earlier in the season.

“I’m taking a bit of margin on Fridays and FP3s to make sure I understand the car before pushing it to the limit,” he said. “After a couple of moments in the last few races I’ve decided to take a bit this approach.

“Honestly, during practice, I always felt within reach, I just knew I needed to take a bit more risks in qualifying. And as soon as I started taking them I was in the fight with with Charles and the two Red Bulls. It’s just that last run when I had to find a bit more, only there wasn’t.”

He feels he is still “lacking a bit of experience with this car to be properly on the limit or exactly where to find the last tenth in quali in Q3 run two.”

“But the important thing is that I was there, that we are making progress and that for tomorrow I think we are in the fight and we have had a chance to recover,” he added.